How to Configure GRUB Customizer on Ubuntu

If you’re a Linux newbie you’re probably wondering what is GRUB? GRUB (GRUB2, more specifically) is the bootloader used by most Linux distros. Unlike the Windows bootloader that only detects Windows installations, GRUB can detect any OS installation including Windows. This makes it ideal for Linux users who generally have more than one OS installed on their PC. For many, one of those operating systems is Windows too. If Windows isn’t the first entry in GRUB, updating Windows can become a bit more complicated than Linux. Fortunately, you can configure GRUB Customizer on Ubuntu to your liking.

In case you’re wondering, no, Microsoft hasn’t done something knowingly to make a minority of people who dual boot keep Windows as their first OS. It is a possible explanation for the horrendous updating process on Windows though. Anyways, when Windows updates, it usually requires your PC to reboot a few times, sometimes several times. It’s a painstakingly long process at times and you’re probably not going to stay there to keep an eye. When your PC reboots, GRUB, after a wait of 10 seconds, boots up whatever OS is first on the list. So when you come back an hour later hoping Windows is done you may find your pretty Linux system waiting for you all booted up instead. When you reboot to Windows the update process resumes where it left off.

There are also many other reasons you’ll want to configure GRUB other than Windows and its updates. Booting into your non-favorite OS just because it was on top and you forgot to switch can be one. GRUB also lets you change a lot more than just the boot order. You can also remove entries that you don’t want there or change the background. You can even apply a theme to make it look fancy. Like most things on Linux, GRUB’s customization file is a text file that anyone can edit and get desired results. An app called GRUB Customizer though makes the process even easier.

You can also take a look at my tutorial where I explained the method to edit and repair the GRUB boot menu using commands.

GRUB is what lets you decide which OS you want to boot into. Any problems with it can result in you not being able to boot any of the installed operating systems on your machine. Do not touch any settings you’re not sure about. 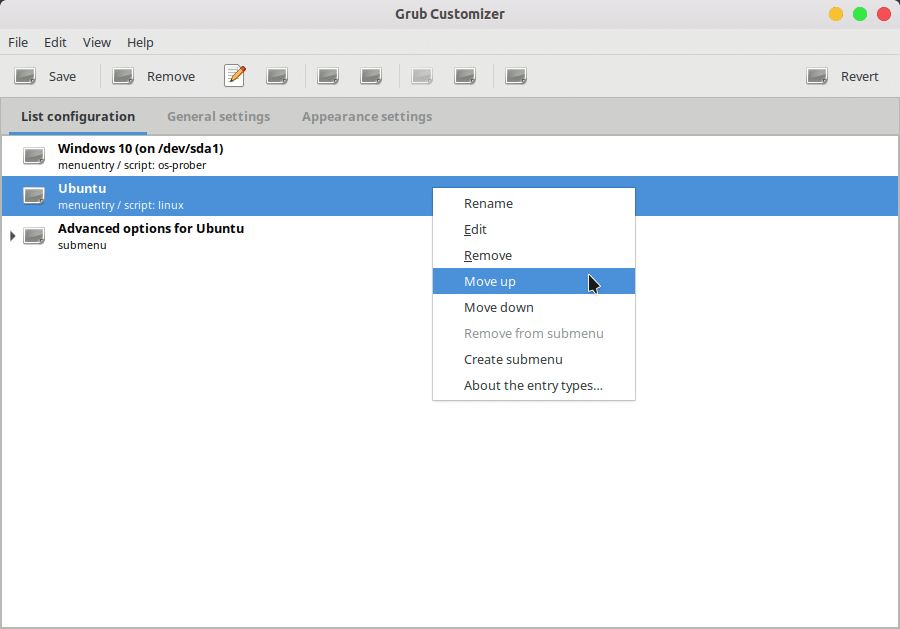 Once installed, launch GRUB Customizer from your app launcher or app menu. You’ll be asked to enter your password before GRUB Customizer opens up. It takes a couple of seconds to load up your boot order after that. Changing the boot order or removing entries from it is as easy as two clicks. All you have to do is right-click on a boot entry and then select whether you want to Rename or Edit it. You can also have it Move up or Move down the list or Remove it altogether. 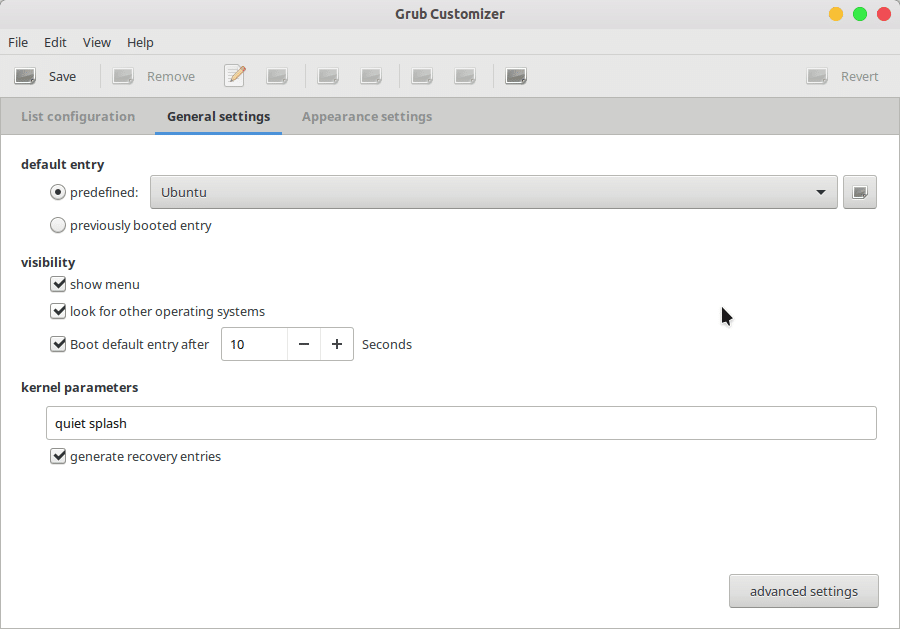 Other than moving an OS entry all the way to the top, you can also just change the default OS that GRUB should boot to unless interrupted by the user. Under the General Settings tab, you can select the default OS from the drop-down menu next to the label predefined. You may also find it more convenient to have GRUB boot into the last used OS by default. To do that select previously booted entry. 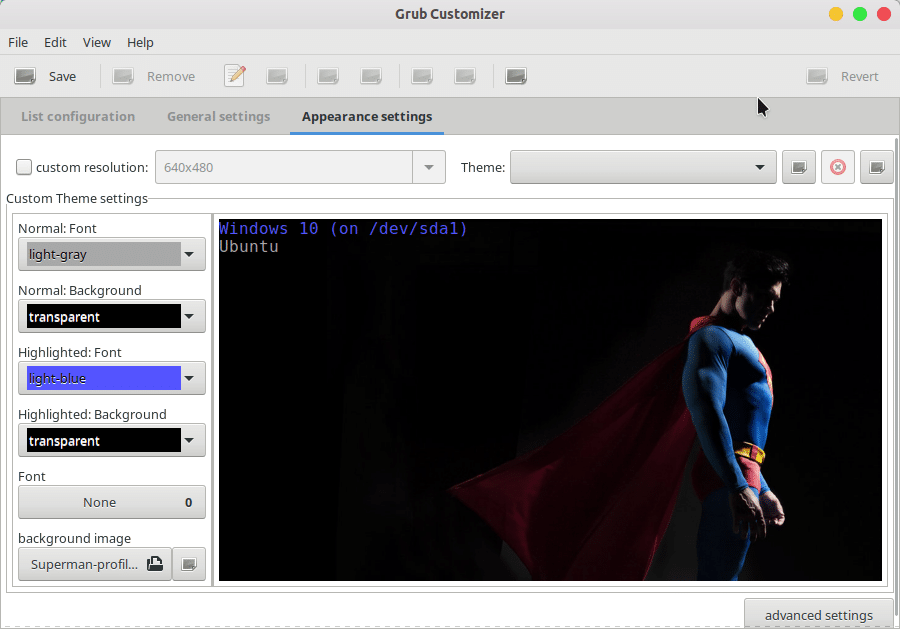 Under the Appearance settings tab in GRUB Customizer, you can play around with how you want GRUB to look. But before you jump at the opportunity, keep in mind you’re playing with your bootloader and this is not just a GTK theme that you can simply switch if it doesn’t work. It’d be best to not play with the resolution settings unless you’re absolutely sure of what you’re doing. There are plenty of pre-built GRUB themes available all over the Internet that you can simply download and apply. You can add a theme by clicking on the add theme button.

Read Next: 5 Best Icon Themes for Linux You Should Try

1 thought on “How to Configure GRUB Customizer on Ubuntu”