GRUB or Grand Unified Bootloader is a bootloader package developed to allow users to select from two or more operating systems installed on a single disk. GRUB is what makes dual booting a PC with Windows and a Linux distribution such as Ubuntu possible. You can always install two operating systems on a disk but you’ll only be able to boot one unless the bootloader allows you to choose. If anything goes wrong, you can easily fix, edit and repair the GRUB boot menu using commands.

GRUB is popular among people who use dual boot setups. If you’re using a dual boot setup, you’re most probably making use of GRUB whether you’re aware or not. Sometimes, when you install Windows after installing Linux, or as it is my case, Ubuntu, it breaks GRUB. GRUB is still there but the Windows bootloader takes preference over it, thus booting right into Windows. Today, we’ll see how to edit or repair GRUB boot menu.

Repairing GRUB can be done in two ways. There’s a graphical way, which is easier and you will know what you’re doing. There’s a command-line way which we will try to avoid here for two reasons. It’s difficult, in the sense that it will require a lot more explanation without which you won’t know exactly what you did to your system. The graphical way is also harmless, meaning you can do it wrong and your data will still be very safe, waiting for you to try again and do it right. The only con is that it requires that you have a bootable Ubuntu disk or USB and a working internet connection. This isn’t a big deal since Ubuntu is available for free and it’s easy to create a bootable Ubuntu drive.

Another scenario would be that you can access Ubuntu and GRUB boots alright, but it does not show Windows or any other OS you may have installed. In this case, you have access to your Ubuntu system so you don’t necessarily need to boot from a USB drive.

GRUB doesn’t require repairing very often, but you might not be in love with the default look. You can quite easily change how the GRUB bootloader menu looks to something more pleasing to the eye. You can also change the boot order, so it would boot into your OS of choice by default unless you choose otherwise at the time of boot.  GRUB can be edited using a tool called GRUB Customizer. To install it, just execute the following commands in a Terminal window. 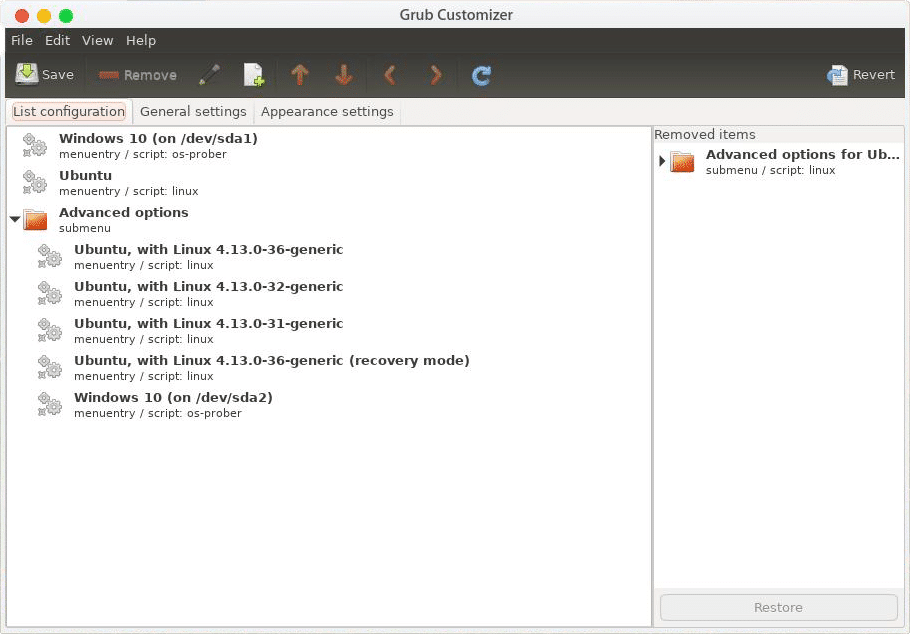 As you can see above, I’ve select Windows to be the first choice. Usually, the list starts with Windows at the bottom. To move any listing up or down, select it and just click on the arrow buttons on the top. 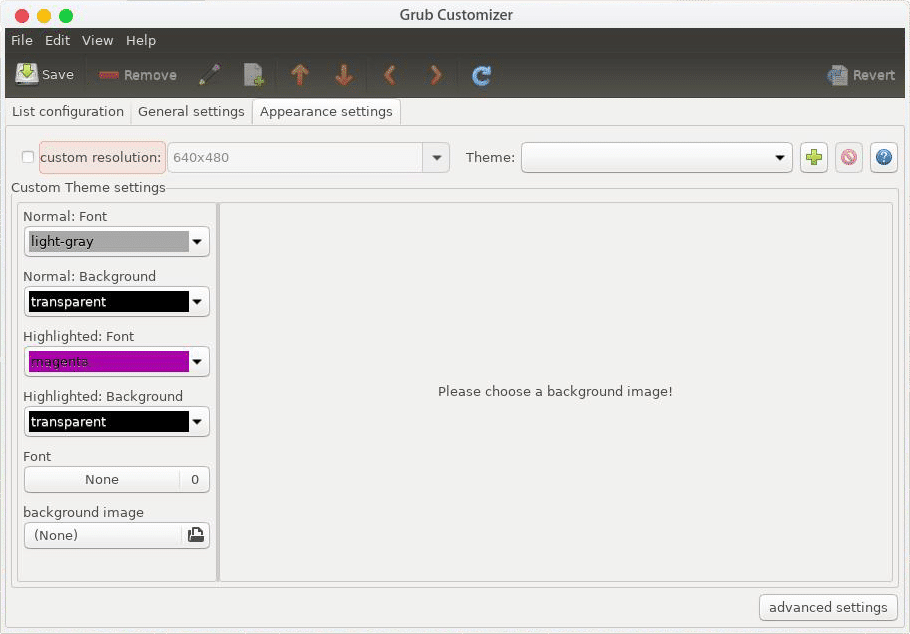 In the General settings tab, you can choose if GRUB should boot by default to the first entry in the boot menu or boot to the OS you previously booted into. There are some other settings too as you can see above. 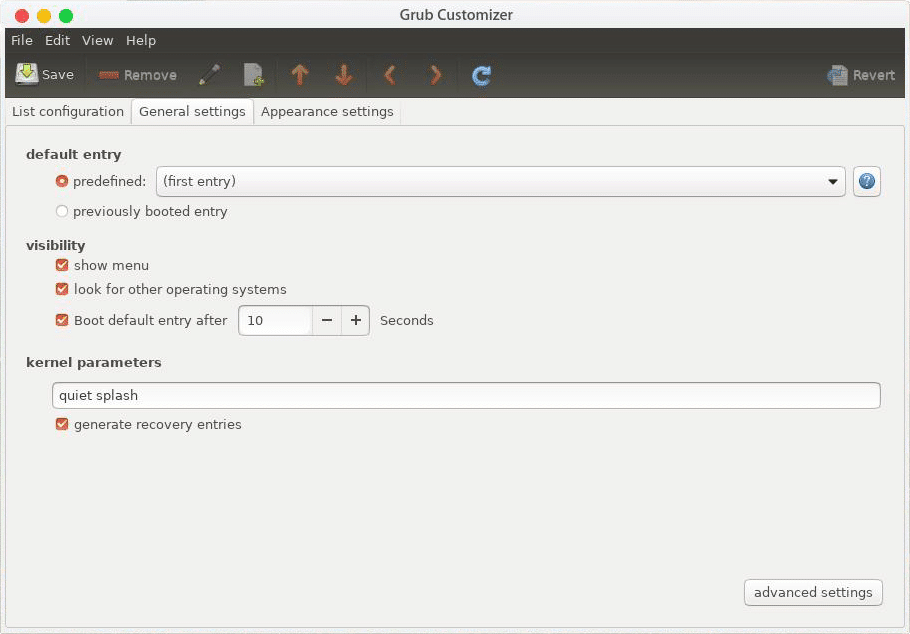 In the Appearance settings tab, you can change the appearance, obviously. It lets you manually select the background image or color, font, and highlight color as well as the font size. You can also install pre-built themes from the internet.

Be very sure of what you do with GRUB customizer though because any incompatible changes can break GRUB, in which case you will have to repair it.