Having the Start menu, Search bar, Task View, and your favorite apps, Windows Taskbar is probably the most used functionality. And it comes with some of the pretty useful tips that some of you might not be well aware of. Getting acquainted with them will definitely help in executing your desired tasks much quicker. Therefore, in this guide, we have compiled some of the best Windows Taskbar tips, tricks, and shortcuts. So without further ado, let’s begin with this guide. Also, have a look at the steps to View Multiple Time Zones in Windows Taskbar.

I have always been the kind of person who prefers to use keyboard over the mouse, as much as possible. And taskbar is one such region where I make full use of it. Here is how the shortcut works. If you wish to open any app from Taskbar, just press the Windows key plus the number key corresponding to that app’s position. For the 10th position, use Windows+0. And for apps placed beyond 10, it is best to move them to the position 1-10. It’s indeed a useful Windows Taskbar tips. One more thing to keep in mind is that while counting, the task view icon isn’t taken into consideration. With that said, also check out 10 Google Chrome Keyboard Shortcuts. 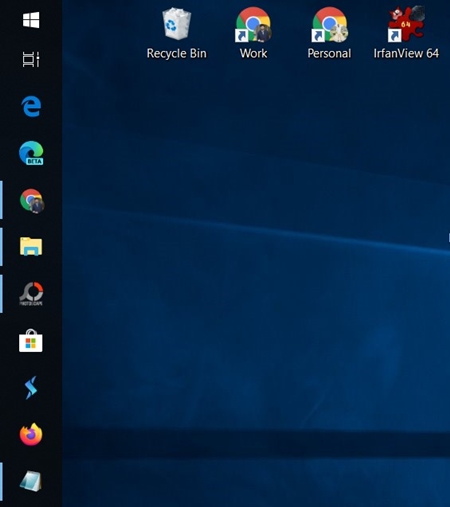 The everyday user of Windows wouldn’t find this taskbar tip much of a use. This is because you might have become accustomed to using Taskbar in its default state. However, if you’re one of the customization freaks, here is how you could move the position of the Taskbar. First of all, you will have to unlock the taskbar from its preset position. To do so, right-click the taskbar and uncheck the Lock the taskbar option. Now click on any blank region of the taskbar and drag it to the desired position. Likewise, don’t forget to check out our guide on how to Move Taskbar Icons to Center on Windows 10

Increasing the Height of Taskbar

Unknown to many, you could also increase the height of the Windows taskbar using this useful tip. Sometimes when too many apps are opened, you’ll see only a handful of apps. to access the next set of apps, you will have to take the help of arrows that appear at the extreme right. But you could easily escape from these efforts simply by increasing the height of the taskbar. In doing so, all apps will easily be accommodated in one single space. You wouldn’t even have to scroll to view the other set of apps.

To do so, start by unlocking the taskbar by right-clicking on it and de-selecting Lock the Taskbar option. Now bring the cursor to the edge of the taskbar. As you do so, the cursor will change to a double-sided arrow. Drag and release the mouse pointer up to the desired height. Moreover, you could use this tip to Have Your Network Speed Displayed on Taskbar in Windows. 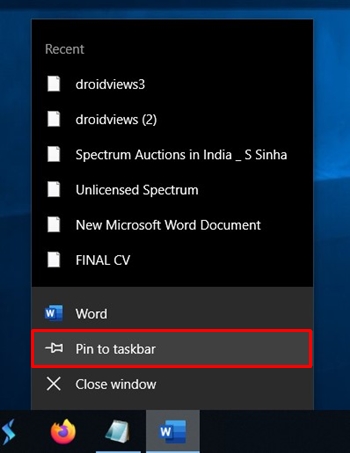 Another pretty handy Windows taskbar tip allows you to pin/unpin apps. If you’re a frequent user of some apps, then it’s much better to place it on the Taskbar. To do so, you could either simply drag the app over to the taskbar or if any app is already opened, right-click on it and select Pin to taskbar.

Moreover, there are some apps like Microsft Store remains pinned on the taskbar, which some of you would rarely use. The best bet, in that case, is to remove it from the taskbar. To do so, right-click on the desired app and select unpin from the taskbar. Also, have a look at the steps to Pin Recycle Bin to Taskbar in Windows 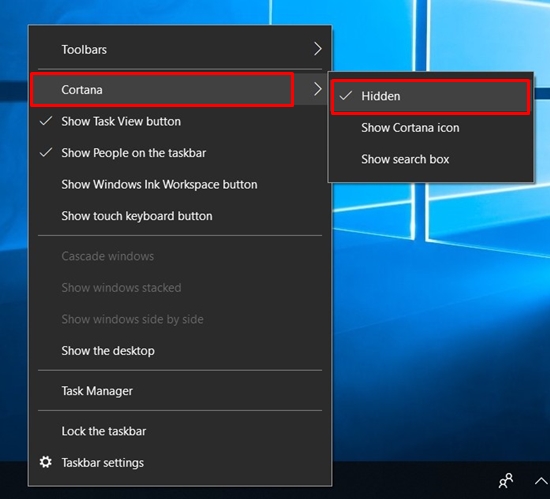 The Cortana search bar takes a lot of space on the Taskbar. To be frank, not many people use it. Even id the need arises, you could easily invoke the Assistant via Windows+C shortcut key. Or press the Windows keys and type in the desired query. Therefore, for hiding the Cortana search bar, right-click on an empty space on the taskbar and go to Cortana > Hidden. You could also Disable Hey Cortana Hotword on Windows 10. Have a look at that guide to know more.

With that, we conclude this guide on some of the useful Windows Taskbar tips and tricks. Which one is your favorite? Do let us know in the comments section below.