Intel’s naming scheme for its processors can have any new user confused rather easily. Without going to the Pentium and other names such as Core M, let’s only talk about the i3, i5 and i7 line of processors from Intel. According to the naming scheme, you can naturally guess that an i5 is better than an i3 and i7 is better than i5. That is actually true, in theory, but practically, you might just find that an i3 is the best you for you. There are a few key differences between Intel Core i3, i5, i7 and i9 processors. But Intel mainly uses these names to categorize its processors based on price and performance. 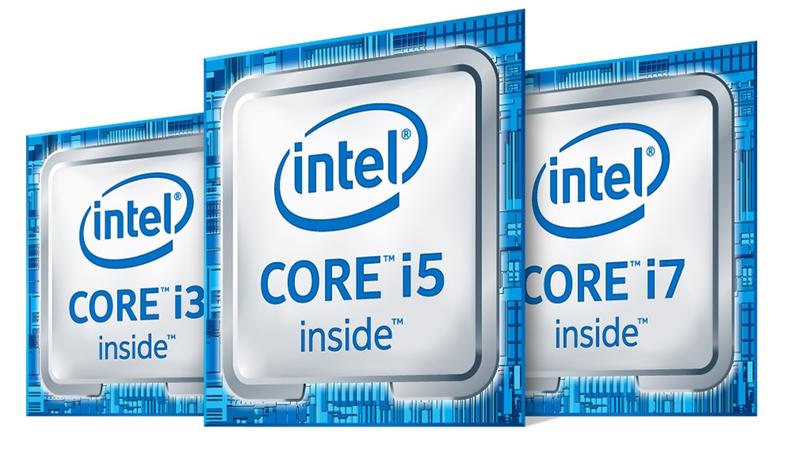 The main differences between a core i3, i5 and i7 are in the number of cores, hyperthreading and turbo-boosting (or lack thereof), cache size, and clock speed. Before you draw any conclusions, no i3 does not have three cores, i5 does not have 5 cores and i7 does not have 7 cores. Those numbers simply represent the relative level of processing power compared to one another. Furthermore, there is also a difference in desktop CPUs and mobile CPUs that are used in laptops. So a desktop i5 may not be the same as the mobile i5 in your laptop.

Core i3 processors have the lowest core count which shouldn’t come as a surprise. These processors are dual-core but support Intel’s hyperthreading technology which we will discuss in a bit.  Coming on to i5, these can be quad-core but there are also dual-core variants. Especially when you consider mobile i5 CPUs such as those used in a laptop or an ultrabook. If you’re talking about desktop CPUs most i5 CPUs are quad-core except a rare case here or there. But don’t worry, there is an easy way to figure out how many cores a processor has and we’ll talk about that too. 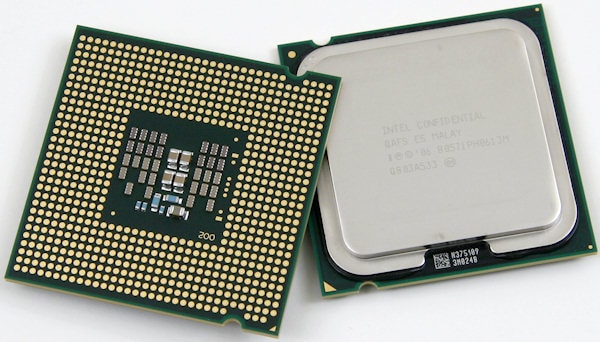 Even though some i5 processors are dual-core, they will outperform an i3 dual-core thanks to Turbo-boosting. More on that later too. Similarly, all desktop i7 CPUs are quad-core, at the very least. Some extreme versions can have six or eight cores but there are hardly any applications that utilize more than four cores. You can learn more about processor cores by heading to our dedicated article explaining the difference between dual-core and quad-core.

In layman’s terms, hyperthreading is a technology that lets a single physical core act like two cores thus improving multitasking without the need to activate another core. This helps deliver more performance per physical core while also saving power. With hyperthreading, your dual-core Intel i3 will perform better than any normal dual-core processors especially when it comes to multitasking. If you’re good at math, you may have figured out that hyperthreading is actually creating four cores out of the two available cores. And that’s true here, but these are four virtual cores not real, physical cores.

When it comes to it, a quad-core processor (one with four physical cores) will always outperform an i3 with four virtual cores. This is an important piece of information because i5 processors, which are generally quad-core, lack hyperthreading. So if a quad-core does perform better than a dual-core with hyperthreading, why not add hyperthreading to a quad-core and further increase performance?

That’s where the i7 comes in. These too, support hyperthreading on top of the actual four cores that they have and thus provide an edge over the i5 line of processors. 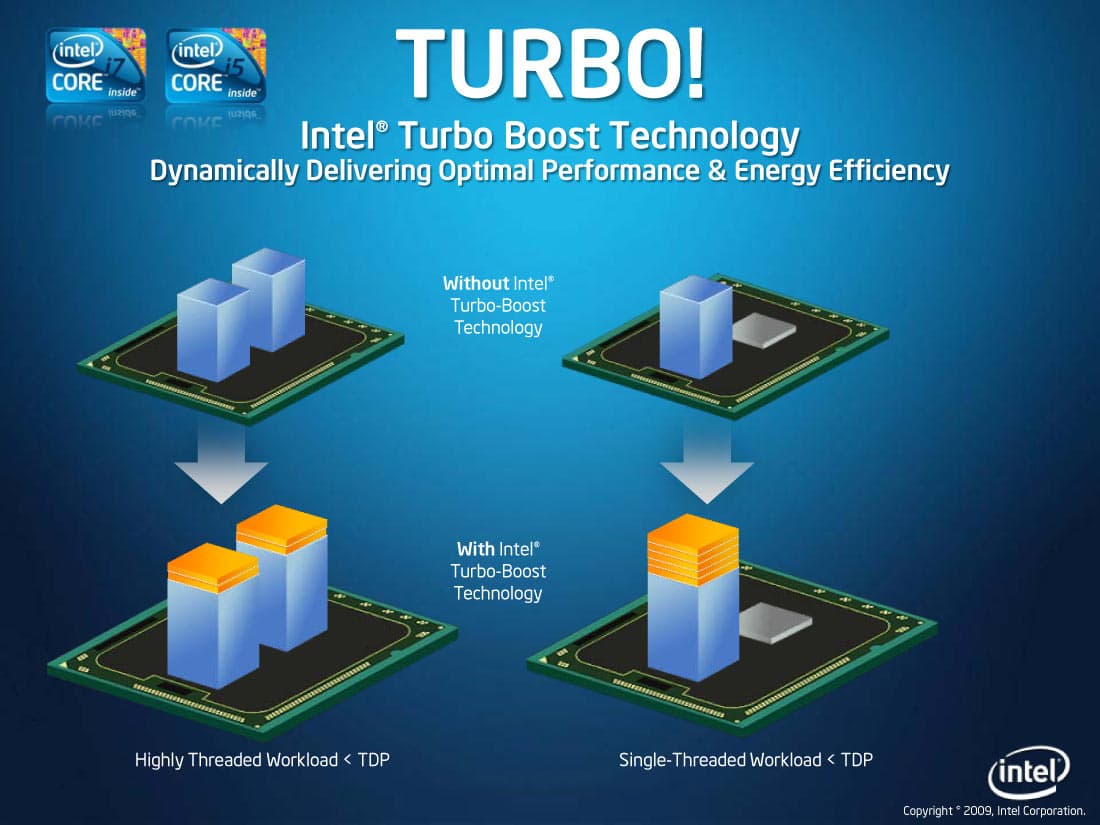 Inter’s Turbo Boost technology lets a processor increase its clock speed when the need arises, to state it simply. This increase in speed is not set in stone and is, in fact, dynamic, depending on the situation. Turbo Boost is dependent on the number of active cores, the estimated current consumption, the estimated power consumption, and the processor temperature. It operates in 133Mhz increments and will scale up if needed. The clock speed keeps increasing until it either reaches the Turbo Boost limit or the processor temperature reaches its maximum thermal design power. In essence, the thermal design power of TDP is the temperature up to which a processor can safely operate.

For example, the Core i5 750 has a base clock speed of 2.66GHz but has a maximum Turbo Boost speed of 3.2GHz. So when needed, the clock speed will be boosted up to 3.2 GHz automatically. Intel still categorizes the processor with the base clock speed because this is the actual clock-speed the processor will perform at most of the times. Turbo Boost kicks in only when necessary, that is under load, and hardly ever reaches the maximum capacity. That’s not to say it can’t under the right load.

i3 processors don’t support Turbo Boost, while both i5 and i7 do.

There are some other differences such as cache size, power usage, and the integrated graphics chip. As a general rule of thumb, i7 > i5 > i3 when it comes to cache size. The cache is a processor’s very own RAM and it can greatly affect performance. Just like normal RAM, when it comes to cache size, the more the merrier is the rule. The Core i3 series typically has up to 3 MB of cache. The Core i5 has between 3 MB to 6 MB of cache while the Core i7 series has between 4 MB and 8 MB of cache. Integrated graphics are okay but if you really want to use graphics-intensive applications or play games it is always best to have a dedicated GPU.

Here’s a quick look at all the major differences that we have covered and have skipped so far.

Typically, you will find there is a pattern to how Intel processors are named. You have most probably heard of the third, fifth or seventh “generation” of chipsets. To best understand these, just think of these like your Samsung Galaxy or whatever smartphone you have. There are different series of Samsung Galaxy smartphones for different price-segments. The J series for budget-oriented users, the A series or C series for the mid-range and the S or the Note series for high-end. Each year the company launches a new smartphone and names it a J5 or an S8 depending on where it falls in the price segment.

Intel too launches its newer processors in three pre-defined categories which it has named i3 (budget-range), i5 (mid-range), i7 (high-end). Just as the 8 in Samsung Galaxy S8 signifies the eight version or generation of the Galaxy S smartphones, Intel processors use a number to signify the generation of the processor. Let’s take the Intel Core i5 7400 and Core i5 7500 as examples. Clearly, you can figure out that the 7500 has to be better than 7400 but how? You already know what to expect from a Core i5, the number 7 represents the generation. So both the i5 7400 and i5 7500 are 7th gen processors. The numbers  400 and 500 are Intel’s internal assessment of how a processor compares to other processors in its own line. So the i5 7500 is better than i5 7400.

Read Next: Create a Fake Screenshot for Messages, Chats and More