Did you know that you can easily create fake screenshots for the purpose of pranking others? If you believe everything you see on the Internet, it’s time to be careful. There are online fake screenshots generators, apps, and image editing tools using which you can make fake Messenger chat, Whatsapp conversation, text message, email, Tweet, Facebook post, newspaper clip, magazine covers, air tickets, hotel bills, etc. While most people make fake screenshots just for fun, there are still many who do such things to mislead, cheat, and defraud others.

Below, we’ll check some of the best fake screenshot generator tools and apps for web, iOS, and Android. iOS can use an app called Social Dummy to create fake social media posts and share screenshots to have fun.

Of all the fake tweet generators I tested, TweetGen is the best. It is very easy to use and supports light, dim and dark themes. You can customize every element of the fake tweet including date, time, the number of likes and retweets, username, and Twitter clients, such as Twitter Web App, Twitter for iPhone, Twitter for Android, etc. Moreover, you can also add a post image in JPG and PNG format. Below is an example of a fake tweet screenshot that I created using TweetGen.

To make your tweets eye-catchy, you should make use of fancy text. Here is how you can bold and italicize your text on Twitter for mobile and web.

Zeoob is another great online tool to generate fake tweets that look real. It is a simple yet powerful web app that lets you create fake Twitter texts and tweets. Enter all the information in the text fields like name, message, date, time, reply, etc., and upload a profile photo. Moreover, the tool also lets you create fake Twitter comments on the generated tweet. Once you are done you can download the conversation in JPG format. 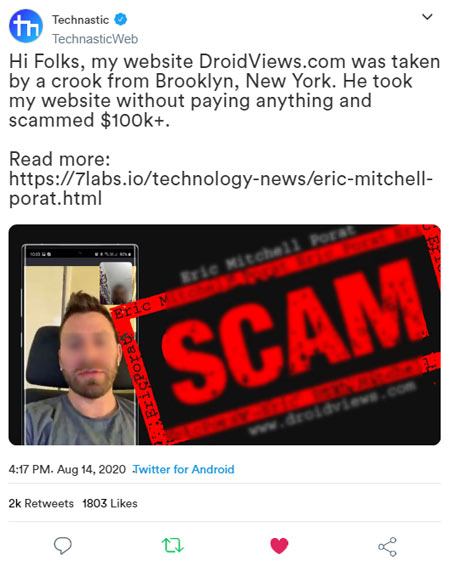 Below are some other worthy alternatives to TweetGen and Zeoob that you can try.

If you are an Android user, you can try these fake tweet generator apps but I would still recommend the online generators because they are better than the currently available fake tweet apps.

There is no scarcity of fake Facebook post generators. You can not only create a Facebook status post but also create fake comments on a post that doesn’t exist. The customization screen is very easy to use. Just upload photos and texts and the wall comes alive. Now you can edit almost anything you want, say, comments, likes, events, etc. Once you are done, click on save to share it with your friends. If you want, you can turn off the active status on Facebook and Messenger. 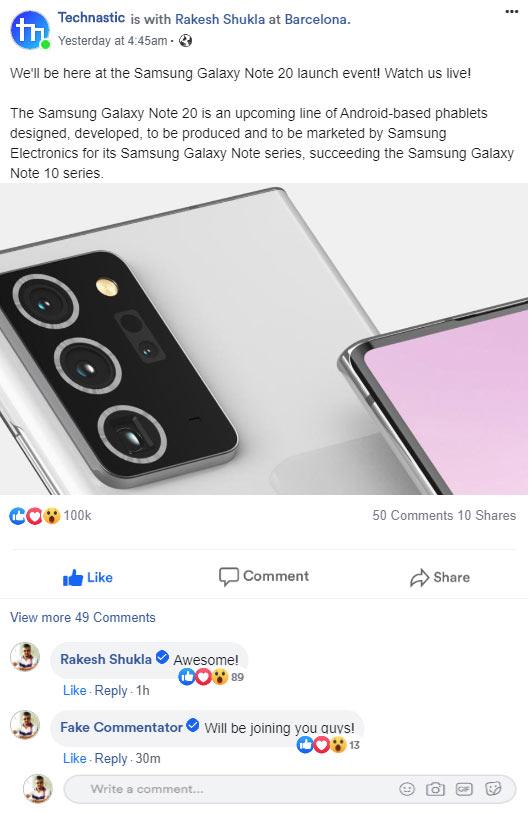 When you are done with creating your fake Facebook post, also check out how you can use bold, italic, and fancy text in your Facebook posts.

You can make fake screenshots of an imaginary conversation on Facebook Messenger. As you can see in the fake chat screenshot below, everything looks pretty close to a real Messenger conversation. 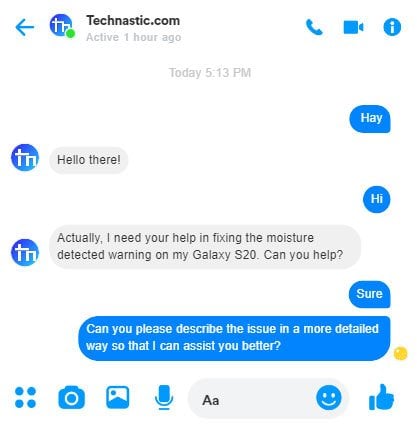 If you are a Windows user, you must check out these best Messenger clients for your Windows 10 computer.

Android users can use WhatsMock (Fake Chat Maker), Fake Chat Conversations, and WhatsFake. Moreover, you can try the following online WhatsApp chat generators on your mobile and desktop browser.

It’s easy to prank your friends or anybody else with fake emails. If you want to spoof an email address, send fake emails, or create a screenshot of a fake email, there are some great online tools for that. Below is an example of a fake email I sent to myself via Emkei Mailer.

This website lets you send fake emails with custom dates, attachments, headers, Cc, Bcc, etc. Not just that, you can also add a header, SMTP server and get confirmation when the fake email is delivered and read.

Here are some more websites that can be used for email spoofing and sending fake emails.

There are some apps that let you spoof an email address or create a temporary email ID to help save you from spam emails. FakeDetails Email Generator is a great online tool if you want to send emails with a fake email address and it supports all email providers. Android users can use fake email sender apps like Instant Email Address, and Temp Mail.

Don’t Miss: How to Configure Canned Responses in Gmail

There are a number of web-based services that let you create fake Instagram posts and save the screenshot to share on social media to prank your friends. Just upload a profile picture, text content, image, and fake comments and reactions to make it more convincing.

In case you want to generate a fake Instagram chat or DM screenshot, you can either use Android apps like Funsta – Insta Fake Chat Post and Direct Prank, and InstaFake – Fake Chat & Fake Followers & Fake Post, or use websites like Zeoob, and FakeDetail. Do not forget to try these best apps to create Instagram stories.

iOS8Text, FakePost Generator, FakeDetail, iFakeTextMessage, Zeoob, and Fake iMess are free web apps that let you create a fake iPhone conversation screenshot. The process is very simple, enter a name, choose a carrier, write the message, get the screenshot. The screenshot is highly customizable but just make sure that the format you’ve entered is a proper text format so that you will get what you have entered.

If you own an iOS device, you can use an app called Fake Messages Pro to create fake conversations.

AndroidFakeTextMessage, and FakeDetails, let you create a fake text message screenshot. Enter the message, select, time format, and get ready to roll. The cool thing about these web apps is that the screenshot created by you will be deleted from their server after one hour. So you better save it before it gets deleted. There’s also an Android app called Fake Message Free that you can use to create fake text messages on Android devices.

Ticket-O-Matic is a fun tool to prank your friends. This web app lets you create realistic-looking airline tickets. To generate a ticket enter passenger and destination details into the provided form, choose the airline, and then click the “Done!” button. Ticket-O-Matic will generate your image that you can download or forward to any email address.

KeyFlight is another online airline ticket generator. The website lets you download the generated fake air ticket as a PDF as well. ReturnFlights, on the other hand, gives you a fake flight ticket booked via Expedia.

Fodey is the web service you need to try at least once. Shock your friends with your story in the newspaper. To generate a fake newspaper clipping enter the newspaper name, date, headline, and story. You are famous now! JaguarPaw, MakeMyNewspaper, HomemadeGiftsMadeEasy, and WorldGreyNews are some good alternatives to Fodey.

Prank your friends with a funny breaking news story with TBS Daily that allows you to select from available news templates and fill in your personal details to create your very own fake story. If you want to generate a fake news screenshot of an online news portal, you can use FakeNewsGenerator. What about a piece of fake breaking news on a popular news channel? You should try apps like BreakYourOwnNews, PhotoFunia, and ClassTools, and Android apps like Breaking News Photo Editor and Fake News Meme Creator.

Do you want to shock others by featuring yourself on the cover of an international magazine? There are numerous premium services like Your Cover, Poster My Wall, Foto Jet, etc. However, I found a free web app called Magazine Yourself that will cost you nothing. Just head over to the website and reserve a place on the covers of reputed magazines like Time, Forbes, ESPN, Motor Trend, Geek, Men’s Health, Famous, etc.

You can create a fake certificate to prank your friends and family. You can make a variety of certificates with customized text on CertificateMagic.com. If you want premium designs for your fake certificates and can spend money on them, Visme and Canva are better destinations.

There was a time when I worked for a company. Whenever they sent me out of the town for official work, they demanded all bills and receipts to claim my expenses. Since I was not good at keeping those bits of paper safe, I failed to get all the money I spent from my pocket. I wish I knew about fake bills and receipt generators at the time. Anyway, there are several online tools using which you can easily generate fake bills for expenses on hotels, restaurants, taxis, and parking. Expenses Receipt and Need Receipt are great free web apps for creating all types of bills and receipts online.

In case you want to generate professional invoices (with GST) online, Invoice Generator, Invoicely, Free Invoice Builder, and Online Invoices are worth giving a shot.

Many websites offer online forms and make it mandatory to fill in all your details including name, full address, (SSN) social security number, email, date of birth, etc. Using Fake Name Generator, you can generate a randomly fake identity with all those details that you use to protect your privacy.

Read Next: How to Create a Crew in PUBG Mobile