Until you know the real capabilities of the Command Prompt, it might seem nothing more than a black and white window without any GUI. But as it currently stands, it could well be regarded as among the most useful tool of the Windows ecosystem. Right from getting complete information about the connected network to turning off your PC, it can do it all. There exist hundreds of commands. But not stands at the same level in terms of usage and importance. Therefore, in this guide, we have compiled a list of 10 of the most useful Windows Command Prompt tricks that you should be aware of. Let’s begin with the guide. Also, refer to our guide to know how to format a USB drive using the command prompt.

1. Shortcut to Start Command Prompt as an Admin

Before getting ahead with all the other Windows Command Prompt tricks, it is important to get yourself acquainted with this one. Probably none of the commands will work if you haven’t opened the CMD as an Admin. One method to do so is to right-click on the CMD and select the option to Run as Administrator.

For once, that may suffice. But if you are inputting these commands very frequently, then here is a better way of handling such situations. You could create a shortcut of Command Prompt that will always open as an Admin. You could even back up and restore drivers on Windows 10 using the instructions given in that guide.

To do so, here are the steps to be followed. it is indeed among the most important Windows Command Prompt tricks. 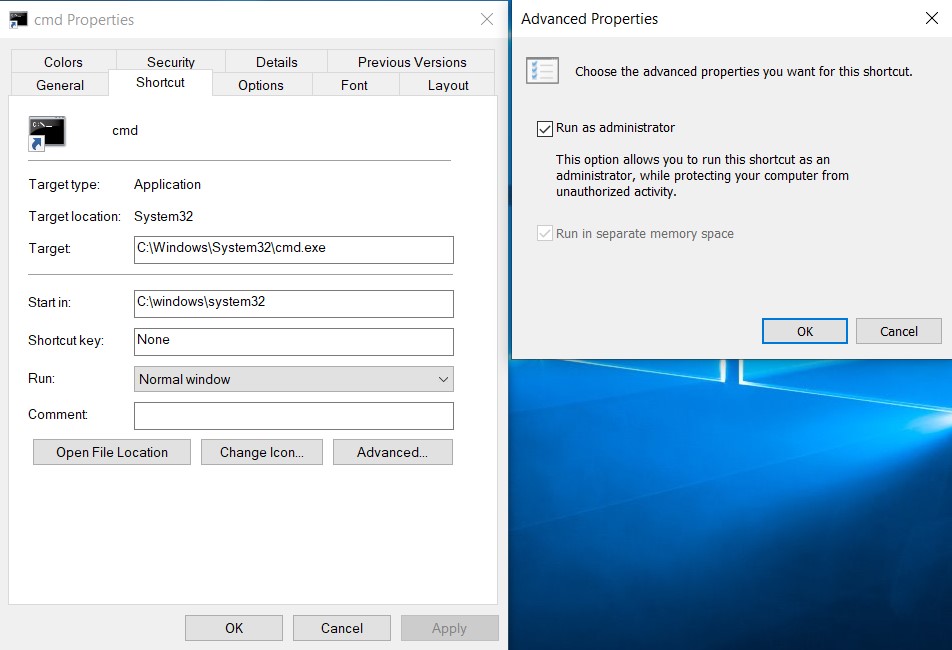 That’s it. You have now successfully created a CMD shortcut. Now you could directly execute the below commands without every time having to run it as Admin. With that said, here are some of the other useful Windows Command Prompt tricks. On that note, take the help of our guide to using the command history feature on Windows 10. 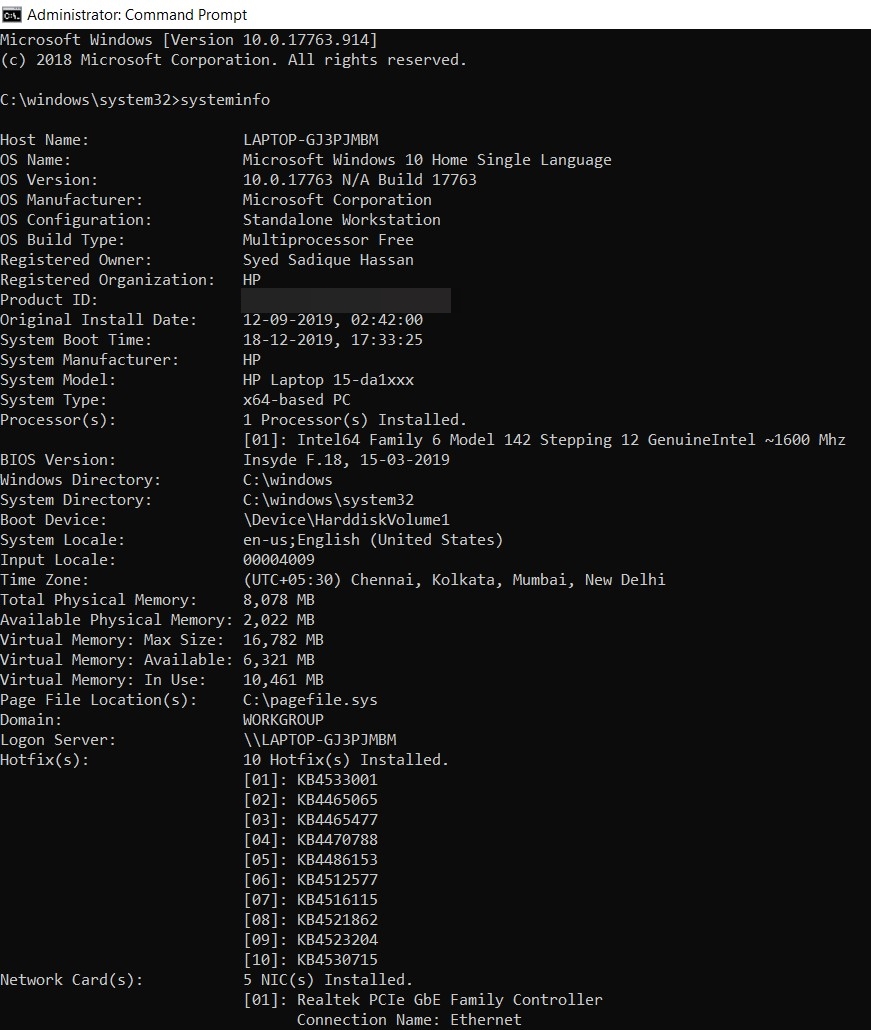 The next on the list of useful Windows Command Prompt tricks could be used to get complete information about your PC. It is quite difficult to get a hold of various system information. Although you might remember your laptop’s RAM and ROM, the Model Number, BIOS Number, Network Cards details are something one doesn’t necessarily remember. This is where the systeminfo command will come in handy. Apart from the above-mentioned information, you could also find Product ID, OS version, Boot Device number, and other related details. 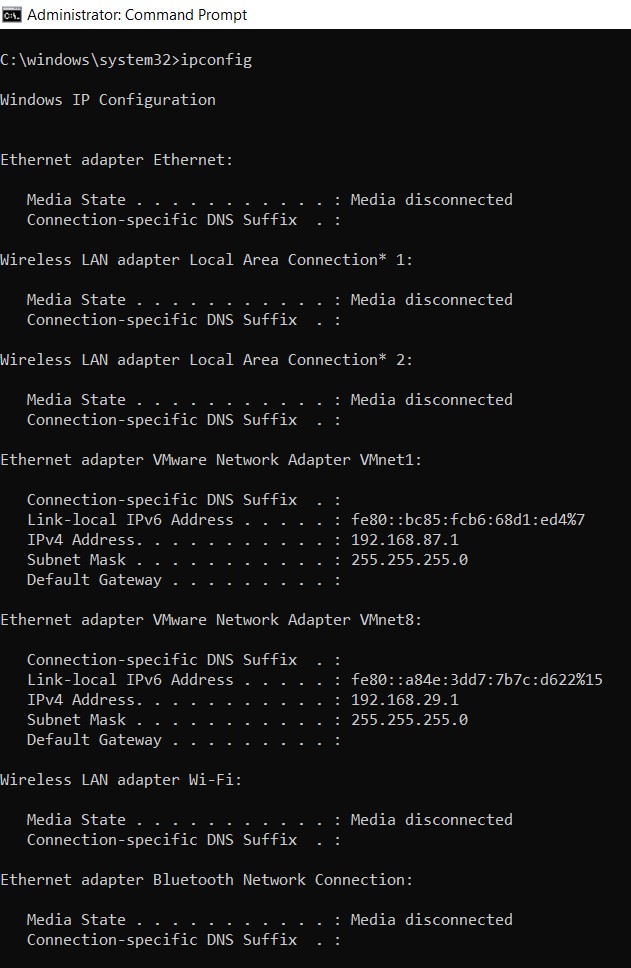 Getting network information has never been this easy. Due to this useful Windows Command Prompt tricks that include the ipconfig command, you could various networking information like your current IP Address, Subnet Makeway, Default gateway, IPv4 and IPv6 address and so much more. We already have a detailed guide on managing wireless networks on Windows 10 using the command prompt. Please refer to the guide to know more about the said topic. 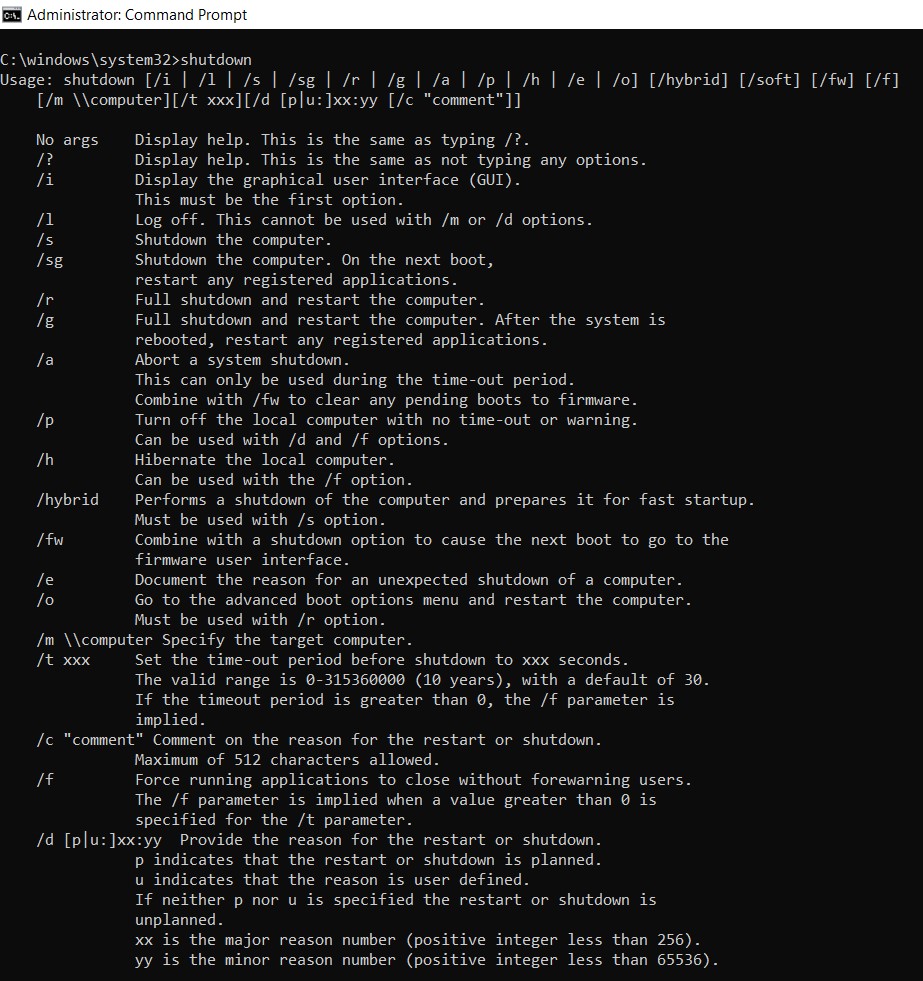 Another pretty useful addition to the list of useful Windows Command Prompt tricks, you could restart, hibernate, shutdown or perform other related functions, right from the Command window itself. Here are the list of commands and its intended functions:

On that note, here are the steps to shut down your PC without installing Windows updates. 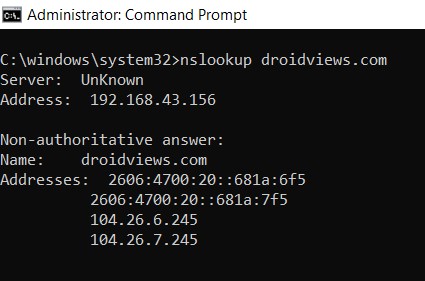 There exist many different methods of looking up to a website’s IP Address. Most of you might probably be using Chrome or other such web browsers to do so. However, the same could well be done via the Command Window itself, thanks to one of the Windows Command Prompt tricks. The syntax to do so is as follows: nslookup website. You could avoid the WWW, HTTP, and other prefixes while inputting the website address. For example, if you wish to find out the domain of our site, here is the syntax: nslookup droidviews.com.You could also set a static IP address on Windows using the given instructions.

Installed a third-party software and are worried that it might have corrupted some important files on your PC> Well then, this Windows Command Prompt trick may come in handy. Using the sfc /scannow command, you could scan those files and ensure their integrity is maintained intact. Furthermore, if any error is found, most of the time it repairs that concerned file by replacing it with an earlier version of that backed up file. Here are the other three related commands that you should also keep in mind. Do note that all these commands take some time to execute successfully.

Also, here is our detailed guide describing how you can fix corrupt system files on Windows 10.

Next in the list of useful Windows Command Prompt tricks is to abort an on-going command. If a command is being executed in hundreds of lines of codes. But you have already found out the desired output in the initial phase, then it makes no sense to let the command go on forever. A good example of that could be the dir command which is used to display a list of files, folders, and sub-folders. If you have found the desired file, simply abort the rest of the command via the Ctrl+C shortcut. Moreover, check out the steps to enable CTRL+C (copy) and Ctrl+V (paste) in the command prompt.

Also, here is a detailed guide on the uses of Function Keys on Windows. It is highly recommended you go through it once. 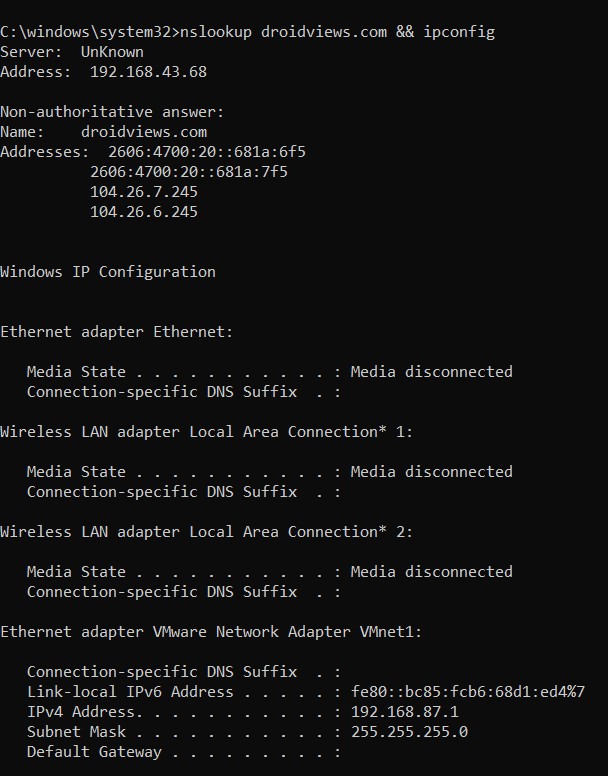 If you wish to execute two or more commands at once, you could so via the && symbol. Simply enter the first command followed by && and the second command and make most of this Windows Command Prompt trick. For example, to check for a site’s IP Address and at the same time look out your network details, enter nslook droidviews.com && ipconfig.

The last one in the list of Windows Command Prompt tricks is a nifty drag and drop functionality. Some commands ask for entering the desired file’s full pathname. And it is an extremely tedious job to do. Not only that, but even entering the file name could also prove to be somewhat challenging. This is where the Drag and Drop functionality might come in handy. Rather than manually entering the associated file’s full path, you could simply drag it over to the Command Prompt. It’s really a great time saver command.

With that, we conclude the guide on 10 of the useful Windows Commands. Do let us know which one of those stood your favorite.