Whenever someone asks for my WiFi password, it becomes extremely difficult to narrate it at first go. Owing to the combination of upper and lowercase, special and numeric characters, it is really a painful task dictating the password. And if you echo my thoughts as well, then here is a handy trick to overcome this issue. This guide provides steps to share your Wi-Fi passwords via QR Code on any Android device running 9.0 or earlier versions. As a result, you could then easily connect to the said WiFi network just by scanning that QR Code. Also, have a look at our guide on how to Recover WiFi Password Using Android Device.

In this Article hide
1. Connect to WiFi Passwords via QR Code
1.1. Setting up the App
1.2. Saving the QR Code
1.3. Connecting to a WiFi Network via QR Code 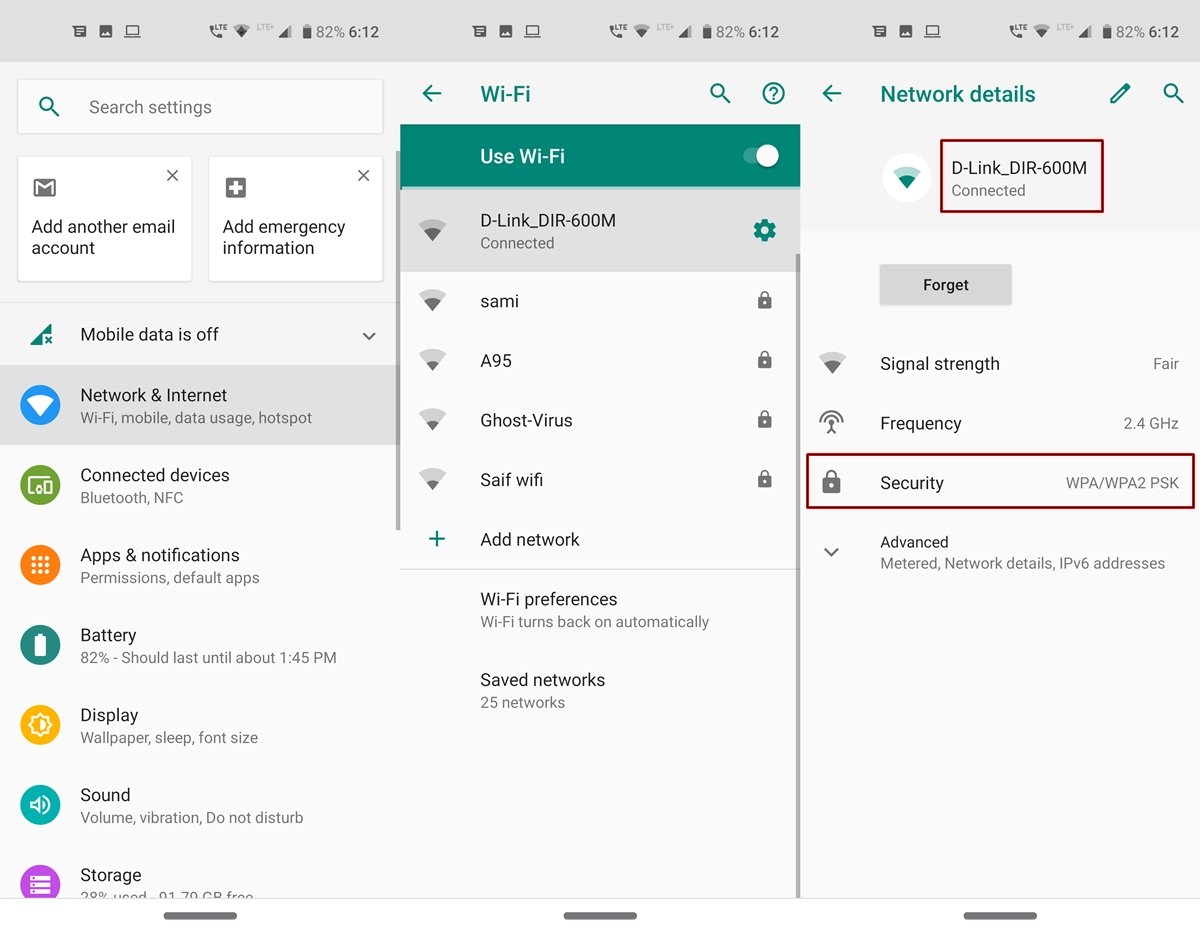 The first step in connecting to a WiFi network via QR code involves getting yourself acquainted with your WiFi Network’s SSID and it’s Security Type. SSID stands for Service Set Identifier. In general terms, it refers to your Wi-Fi name. The Network SSID is case sensitive. So make sure you remember the network name exactly as it is. However, if you aren’t sure, head over to your device’s Settings > Network and Internet > Wi-Fi and have a look at its name.

WiFi security is also an important aspect to consider while connecting to a WiFi network via QR code. To check out the WiFi’s security, tap on your WiFi name under Network and Internet and see the Security section. More often than not, it should be WPA/WPA2 PSK. Once you have noted down both the WiFi name and security, head over to the Play Store and download the QR Code Generator app. Now refer to the instructions in the next section to connect to a WiFi network via QR Code. On the other hand, if you’re planning to buy a new router, here are the 7 Things to Look for While Buying a WiFi Router.

Setting up the App

That’s it. You have successfully generated the desired QR Code. now see the below steps to save it onto your device. This will then help in easily connecting to a WiFi network just by scanning the QR Code. 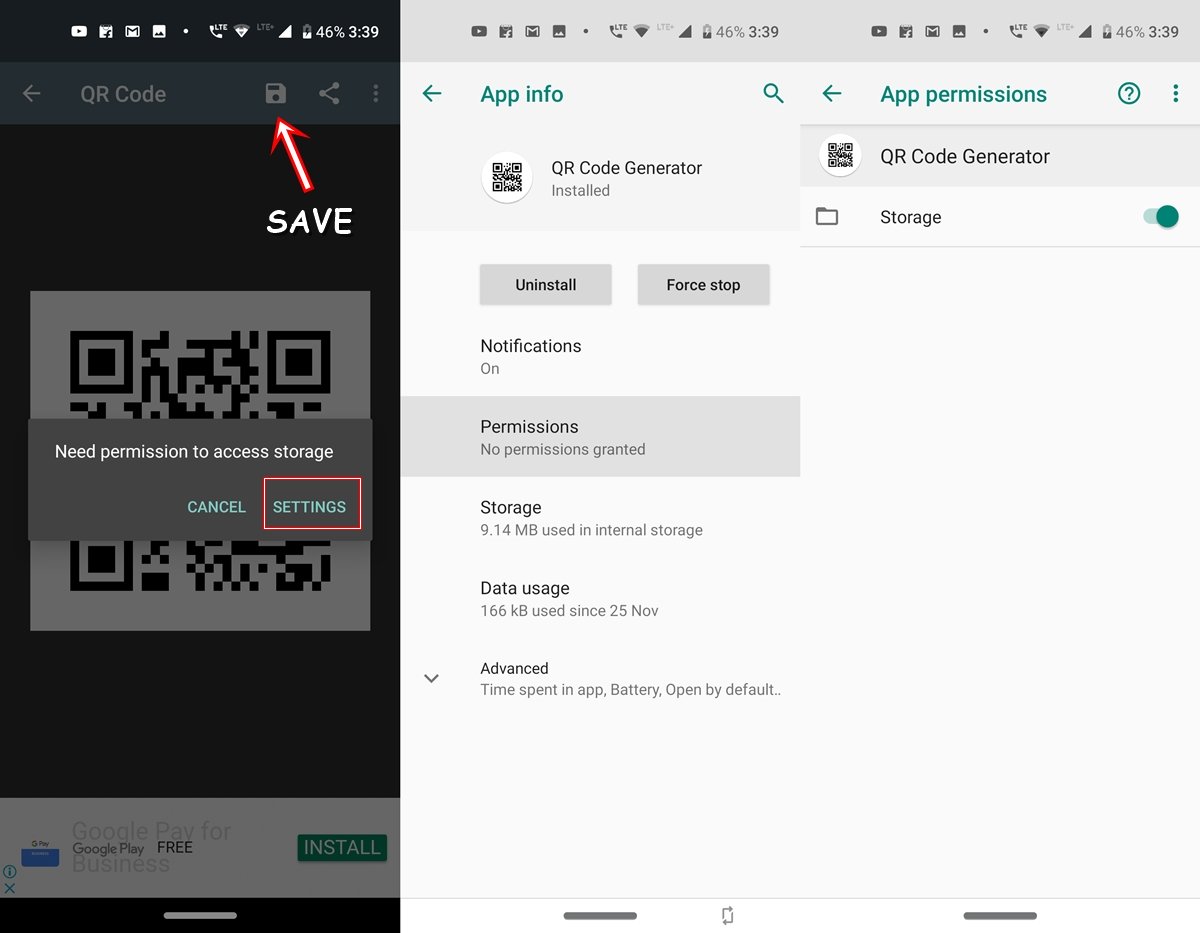 Now to connect to a WiFi network, all you have to do is scan this QR code. This is how it could be done. Also, here’s why you should stop using a free VPN.

Connecting to a WiFi Network via QR Code 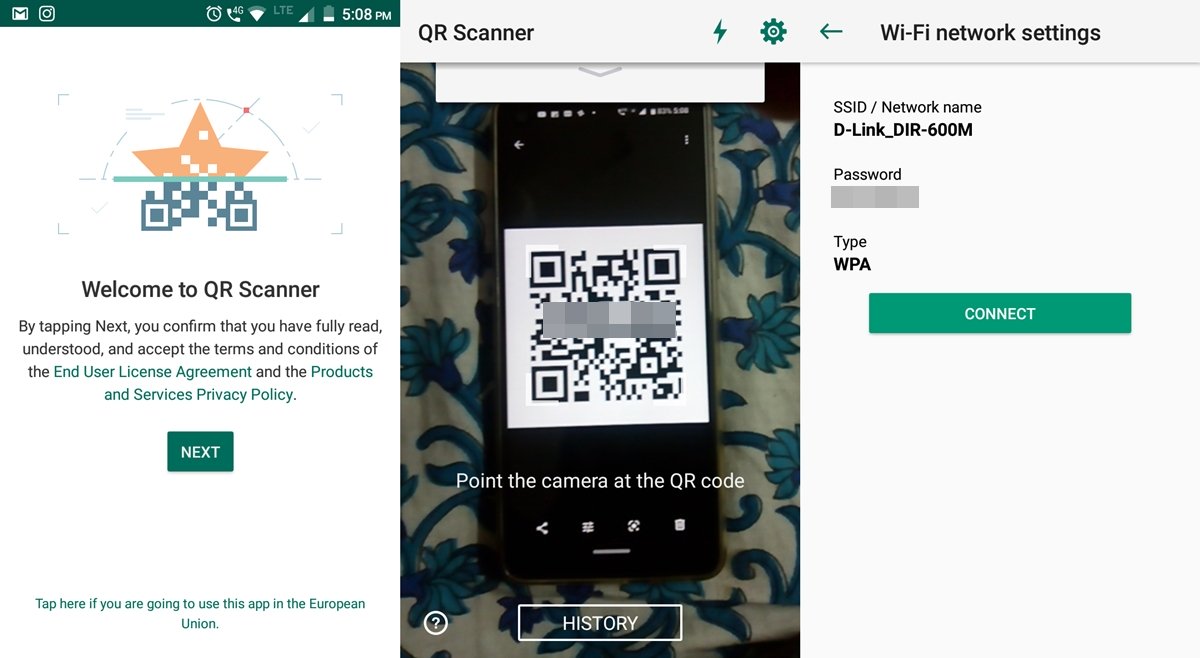 So this was all about the steps to connect to a WiFi network via QR Code. If you are regularly into the sharing of WiFi passwords with your friends and family, you may take this guide a step further. Go ahead and take a printout of this QR Code. Stick it to your router and the next time anyone want’s to connect to your WiFi, simply point him towards this auto-generated QR Code, rather than pointing to your phone’s screen every time.