In a nutshell, Conky is a graphical system monitor tool for Linux and BSD systems. From how it appears anywhere on the desktop according to the will and whim of the user, it is only logical to compare it to widgets from Android or desktop gadgets from Windows. By the way, in case you aren’t aware, the desktop gadgets from the Windows Vista days are dead. Although you can still enjoy pretty much the same functionality with Rainmeter or 8GadgetPack. Conky can monitor many system variables such as CPU load, running processes, network interfaces, etc. If you’ve just upgraded or switched to Ubuntu 18.04, here’s how you can install and use Conky to get a range of desktop widgets on Ubuntu 18.04.

The tool mostly works with themes pretty much as Rainmeter works with skins. You can get a number of useful desktop widgets on Ubuntu using Conky. By default, the kind of information it can show is as follows:

How to install Conky

To install it in Ubuntu 18.04, simply open the terminal and enter the following command:

The above command will also work with any of the official Ubuntu 18.04 flavors (Ubuntu, Ubuntu MATE, Ubuntu GNOME, Kubuntu, Xubuntu, Lubuntu etc). Moreover, it should also work for other Debian based distributions such as Linux Mint, Bodhi etc.

Once installed, you can run it via the Terminal by typing conky and hitting enter. You’ll notice what appears on your desktop doesn’t remotely look like what you were made to believe by the cover photo above. Instead, it looks like what you see below. It is hideous and you might wish to uninstall it as quickly as you see it and it might even make your desktop flicker.

Install Conky Manager to configure it

The best, easiest way to configure the hideousness on your desktop is via Conky Manager which is a GUI tool mean specifically for that. Unfortunately, installing the manager is pretty problematic on Ubuntu 18.04. Earlier, you could simply add the Conky Manager PPA and install it using the Terminal.

The Conky-manager package is not available for Ubuntu 18.04. The good news is you can download and install it via a Debian package file. There’s another problem, and that is of dependencies. Generally, if you use the gdebi command-line tool to install Debian packages, it takes care of any dependency issues on its own. But if you try to install Conky Manager using gdebi, you’ll get the error “Dependency is not satisfiable: realpath”

In order to get around this, you’ll need to install the realpath package. This is somewhat of an old useless package that was scraped from Ubuntu 18.04 but is something Conky is still using. Luckily, it isn’t that hard to install the realpath package from Ubuntu 17.10 which seems to do the trick. The download link below will take you to the official Ubuntu download page where you can simply pick a server to download from.

Once the Debian file is downloaded, double-click on it to install it. Now, we can easily install Conky Manager using the following commands to download the Debian package and then install it.

Conky Manager is basically like using any other theme manager that you may have used on any other OS platforms, such as Android. It comes with 13 pre-installed themes, for now, the number may increase in the future. Previously it used to be 11. 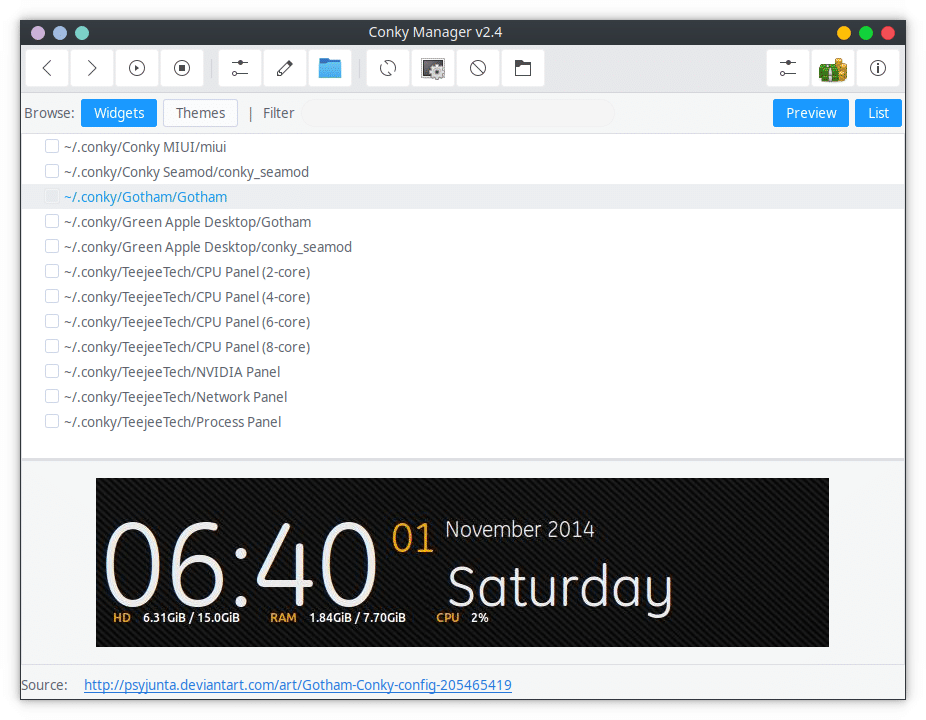 All you have to do is select one of the themes, a preview is shown at the bottom. When you find something you like, click on the Play button at the top. At the very bottom, the source for each of the preview images is linked to as well, in case you want to see the full image. For instance, here’s the Green Apple Desktop theme included in Conky from Willem O on Google+. You will now be able to enjoy desktop widgets on Ubuntu 18.04. 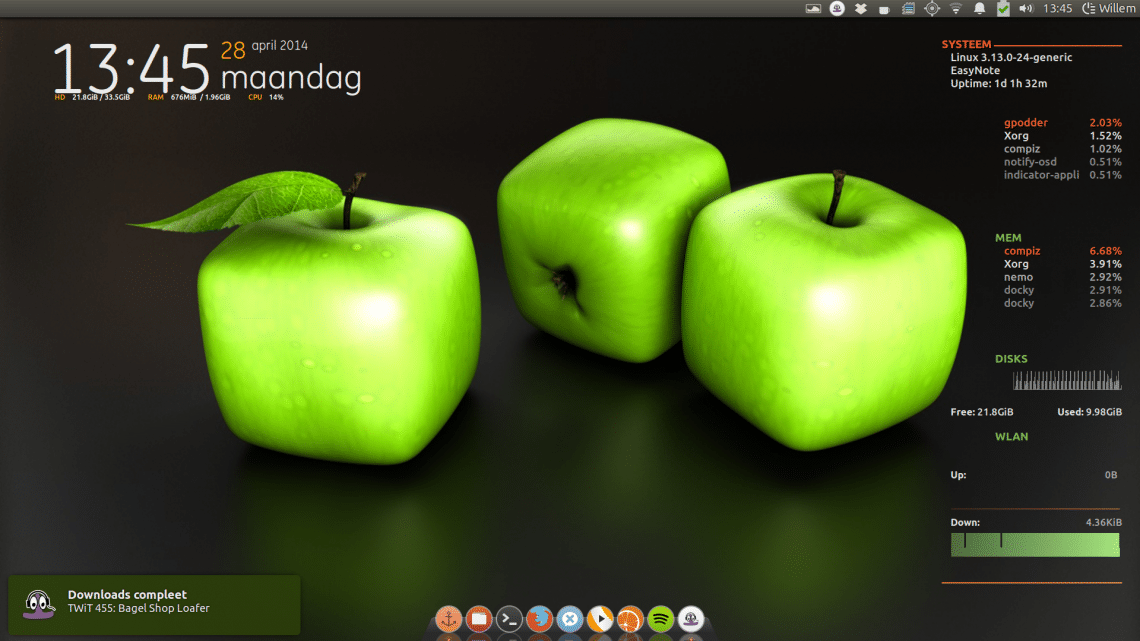 Must read: How to Enable Click to Minimize on Ubuntu 18.04