That’s a quite common question when you have so many choices. One can’t really go about trying every DE out there hoping to find one he or she likes. Unfortunately, there isn’t a single best desktop environment much like there isn’t a single best Android launcher or best smartphone. I would boldly claim KDE Plasma is the best DE I have used and I have used quite a few. But another person would claim GNOME is a lot better and both of us will have valid reasons. It all depends on the person and their needs and what makes them tick. So instead, we will list here the 5 best Linux desktop environments for different use cases. 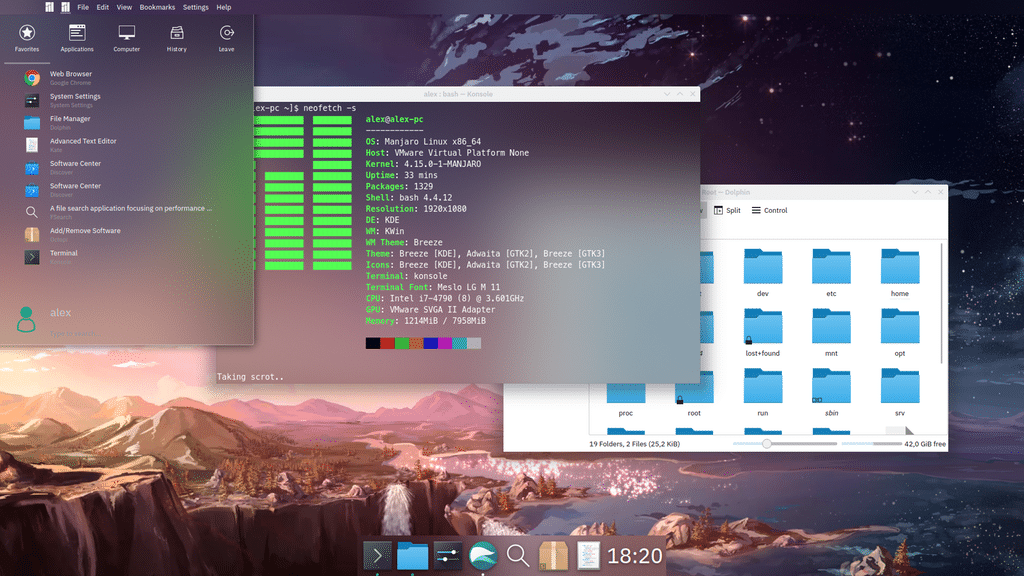 Like I’ve said KDE Plasma is the best Linux desktop environment I have used. To draw a comparison I would say it is the Nova Launcher of Linux DEs but for a few exceptions. KDE Plasma is highly customizable and quite literally if you can imagine a desktop you can design it on your own with KDE Plasma. That is if you’re patient enough to learn the nuances of the Plasma desktop and the workarounds to the annoyingly missing basic features. I’ve actually written a guide on turning KDE Plasma into a macOS clone where you can learn quite a bit as you follow the guide.

As for the basic features that you won’t find on Plasma, you can’t just right-click an image and set it as your desktop background, for instance. When I have GIMP open I can’t simply drag and drop images from the desktop. For this simple task, I have to open the file manager from where I can drag and drop items. In other words, sometimes KDE Plasma can be a bit more complicated than it should be. As you use it you’ll find more of these quirks but if you value customizability above everything else, you can’t go wrong with the KDE Plasma desktop. Be aware that it isn’t the most resource-friendly DE and it does make full-blown use of blur and transparency. If you want to try it, read my detailed tutorial on setting up the KDE Plasma desktop.

2. GNOME – customizable, easy to use, quite popular 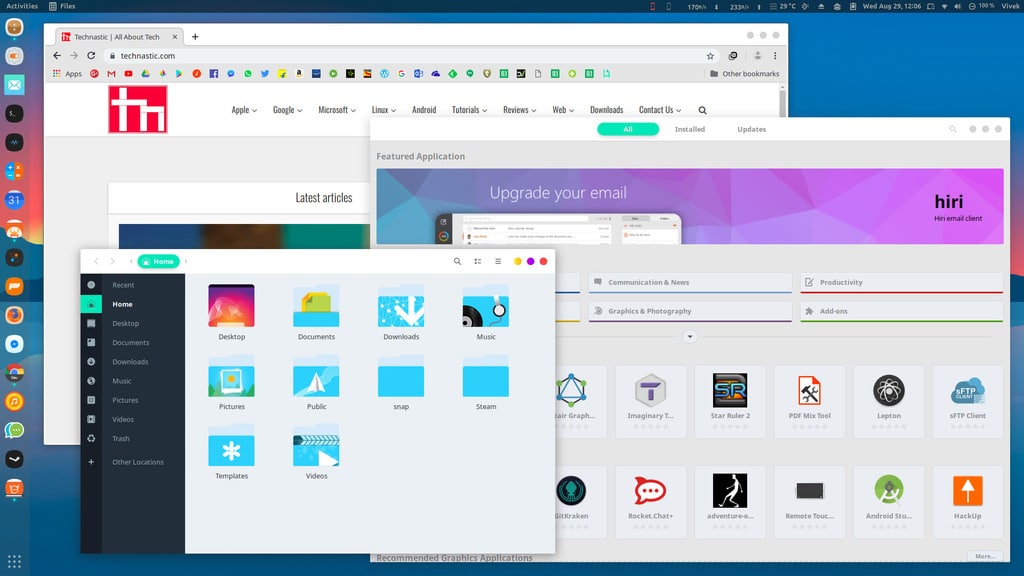 GNOME is not nearly as customizable as KDE but it is still pretty customizable. It is undoubtedly the most popular DE for Linux and as a result, most desktop themes you’ll find are made with GNOME is mind. So while you can’t manually tweak everything to your own liking you do have the option to choose from hundreds of different themes. Installing them on GNOME is also quite darn easy. It is the default DE for many if not most Linux distros and even has some popular DEs that are based on GNOME or are forks of it like Cinnamon, Unity, etc.

That, coupled with the fact that there are a ton of extensions for GNOME available make life much easier with GNOME. It is heavier on resources like KDE but if your PC can handle it and you don’t want to mess around changing things manually GNOME is the way to go. If you do decide to give GNOME a try, you might want to check out these articles:

Read also: How to Use GNOME Screen Recorder in Ubuntu 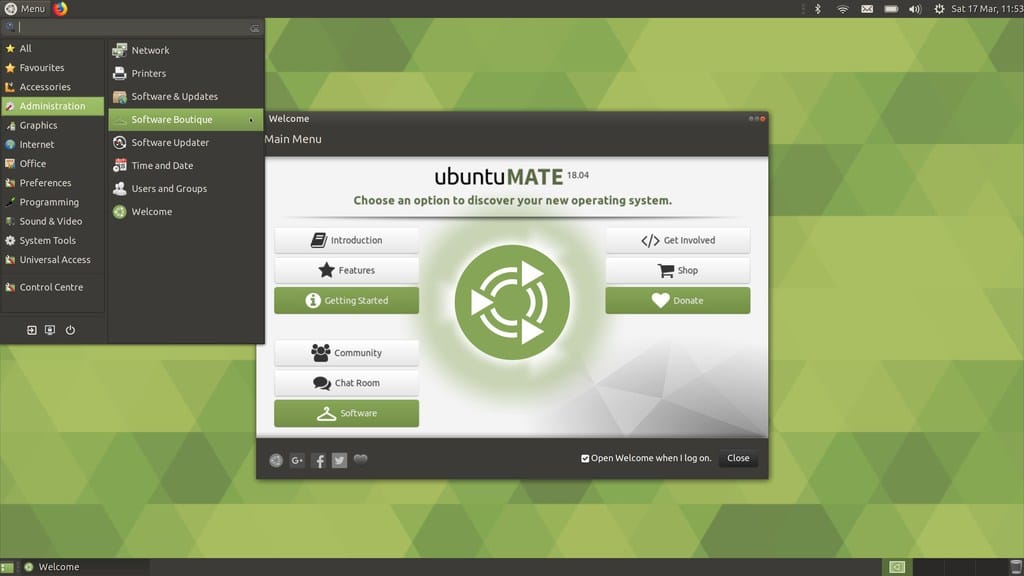 MATE started as an alternative to GNOME 3, which is GNOME in its current form. GNOME 2, the more outdated version of GNOME still has many fans around the world who haven’t been fans of the new GNOME. MATE is based on the currently unmaintained code of GNOME 2 so if it looks dated, it’s because it is intended to be. Being based on old unmaintained code doesn’t mean MATE is in any way inferior though as it is constantly in development and is one of the more customizable desktop environments you can find.

You may also like: 5 Reasons Why Linux is Better Than Windows

The clear advantage here is that MATE is quite lightweight and can easily run on older machines while still providing you all the modern desktop features that you’d expect. It supports a panel system with various menus, applets, indicators, buttons, etc., and can be arranged however the user wants. This is a bit like KDE but not as flexible or comprehensive. MATE might use less RAM but keep in mind it does not really cut back on anything other than fancy looks which you can still get with themes without increasing the RAM usage by a lot. 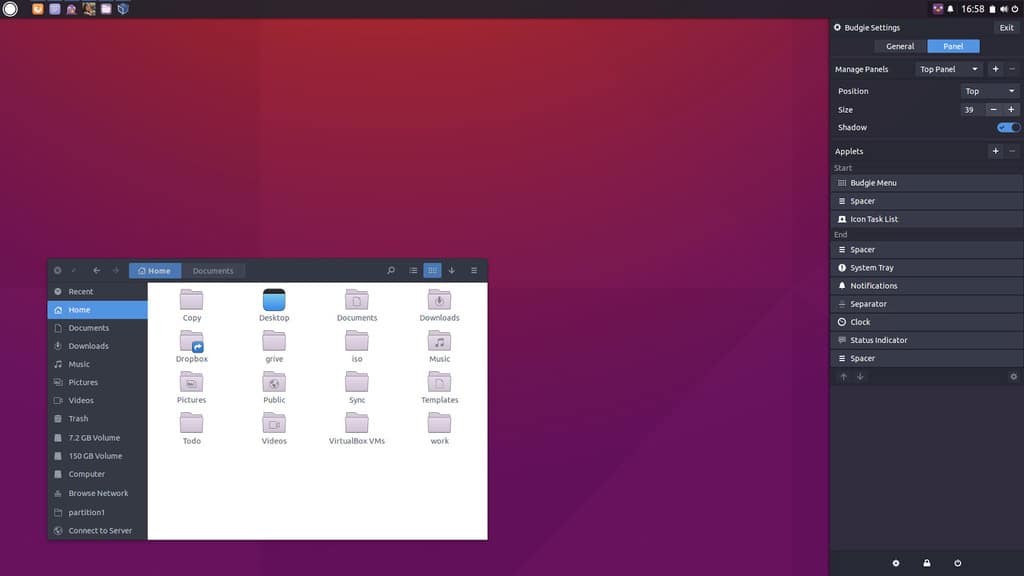 Budgie was created to be used as the default DE on Solus Linux. However, it’s intuitive and elegant interface has made it one of the favorites among users of other Linux distros as well. Like all the three desktop environments above, Budgie also has an official Ubuntu flavor and it is called Ubuntu Budgie. It is based on GNOME so it might look like it but it is not a lightweight DE. It is also not as resource hungry though and if your PC has about 2 GB to 3 GB of RAM it should handle Budgie well. The look and feel and other Budgie-specific settings can be tweaked from the Budgie setting which isn’t a separate app but is built right into the desktop interface. Other settings can be configured by the regular GNOME settings. 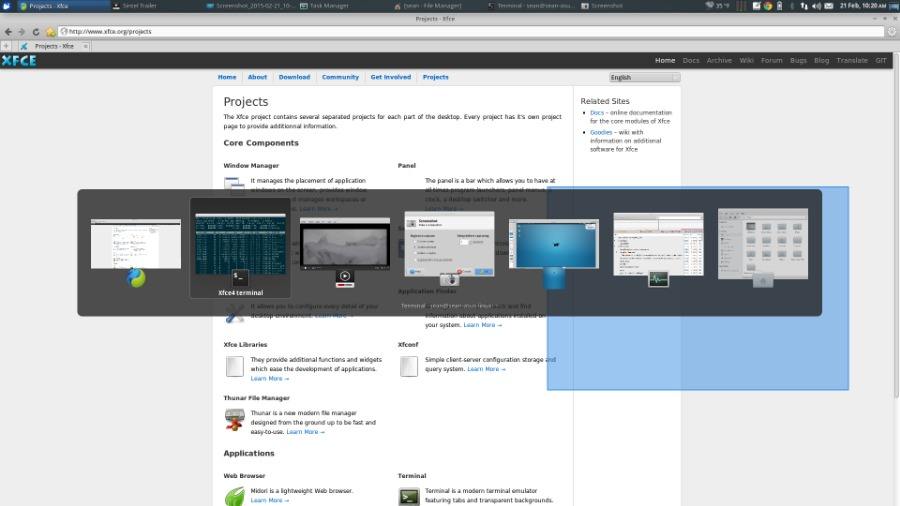 Xfce is one of the most lightweight Linux desktop environments you can get and is second only to LXDE. The reason we decided to include Xfce and not LXDE is that LXDE makes some compromises to achieve what it does such as the dated look. Xfce, on the other hand, can still run pretty okay on any PC that can run LXDE. And it offers a lite but modern and visually appealing and fairly customizable interface. To top that it comes with all of the basic desktop features you’d expect along with a decent set of pre-built apps but not many. This is a double-edged sword because some users will love that there aren’t many pre-installed apps. Some though might feel there should have been some more apps.

Related article: How to Install XFCE Desktop Environment on Ubuntu