You may have seen YouTube videos of users sharing a screencast of their Ubuntu or Linux desktops. If you want to join in the fun, and you already have the GNOME desktop you don’t even need to install a screen recording app. Ubuntu 17.10 was the first version of Ubuntu to ditch Unity in favor of GNOME, and recently, with Ubuntu 18.04 Canonical has completely switched to GNOME. This will only add to GNOME’s popularity considering Ubuntu is the most popular Linux distro. Yet, it’s a little-known fact that GNOME desktop has a built-in screen recorder.

The GNOME screen recorder, as you would expect, is very well integrated with the GNOME shell. It is also just as well hidden, for some reason. It’s there, but there’s no app launcher for it, unlike the screenshot tool. There’s no menu entry anywhere nor a quick button or extension to turn it on or off. To launch the screen recording tool, you’ll have to perform some finger acrobatics on your keyboard. This means if you don’t learn about it from elsewhere, you’re unlikely to stumble upon it by chance. There is also a way to record screen as GIF on Ubuntu.

In this Article hide
1. GNOME screen recorder
2. How to use Screen Recorder in Ubuntu
3. Increase the time limit

The GNOME screen recorder is a no-frills screen recording app. It is as basic as it gets. Here is a complete list of features included: It lets you record your entire screen. That’s pretty much it. You can select a specific region to record let alone a specific window. It doesn’t even let you record audio, you cannot set framerates, encode format or any of that stuff.

Screencasts are saved automatically to the Videos folder in the WebM format. You have no control over the save location, file name or format either. The file is given a name automatically but includes the date and time of the capture. This can be useful if you take a lot of screengrabs.

But if all you want is a quick screen record to share online or to show off the fancy new animations to your friends the GNOME screen recorder is still perfect. It does one job but it does it well. It also helps that you don’t have to install another app like Peek for a basic screen recording. It is definitely not a tool for those of you who plan on doing more with your screen records.

How to use Screen Recorder in Ubuntu

First of all, make sure you’re logged into the GNOME desktop and not into KDE or any other DEs you may have installed. Simply having GNOME doesn’t work. To record your GNOME session as a video, press Ctrl + Alt + Shift + R on your keyboard. If you’re expecting an app to launch or a window to open, nothing of that sort will happen. As soon as you press the key combination recording will start. 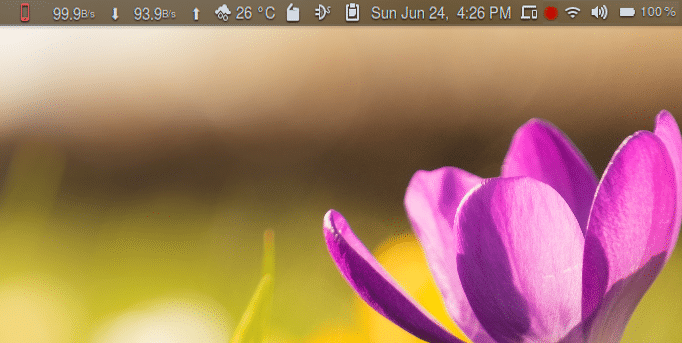 You will see a small red dot in the system tray area on the top-right (assuming you haven’t moved it elsewhere) while the recording is on. Recording automatically stops after 30 seconds by default but this is one thing you can change. If you want, you can stop the recording before pressing the same key combination again (Ctrl + Alt + Shift + R).  You’ll find the recording in Home > Videos.

If you just want to show off your customized desktop with some fancy animations over a video, 30 seconds is probably enough. But it’s not ideal for other cases. Fortunately, you can increase the time duration via the Terminal, using a command line since the app as no visible front end. Just launch the Terminal and enter this command:

Here, replace X is the number of seconds that you want the duration of the screen record to be. Replace X accordingly. For instance, if you want to set the time limit to 300 seconds, just type 300 in place of X.

To set the time limit to indefinite, replace X with 0.

Read Next: How to Get Windows-like Taskbar on GNOME Desktop