Windows may have many drawbacks, old outdated ways and some things that are just pure crap. But one of the most incredible, and perhaps also under-rated features is the Windows taskbar. It has been around since Windows 95. A single panel that contains all system controls, icons, currently running tasks, the start button and now your favorite apps as well. Dash to Panel is a great GNOME extension if you want to give Ubuntu a Windows makeover. Install the extension to get Windows-like Taskbar on Ubuntu. If you don’t know the way to install extensions, read my GNOME Shell extension installation tutorial.

Apple’s macOS uses a dock at the bottom and a menu bar at the top. Ubuntu does this a bit more efficiently with the dock on the left, but the desktop still takes up more space, unlike Windows. Sure, the dock looks prettier, but the taskbar is simply a more efficient use of space. It’s understandable if some people do like the taskbar. On the GNOME desktop, you can easily disable the top panel and turn the dock into a taskbar.

All of this is possible because of the GNOME extension called Dash to Panel developed by jderose9. It brings the GNOME app launcher to the bottom of the desktop and combines the system tray. This creates a taskbar that’s very similar to the one on Windows and KDE Plasma. It works great by default, but if you want a bit more Windows-like functionality you may want to tweak the settings. Before you can do that though, you’ll need to install the extension. If you don’t know anything about GNOME extensions, you can check out the post where we discuss

Head over to the GNOME extensions page and turn on the toggle to select the Shell version and install the Dash to Panel extension when the popup appears.

The extension will be installed and enabled immediately. You should see your top panel disappear and a taskbar appears. Now, you need to configure Dash to Panel to get the Windows-like taskbar on your Ubuntu computer.

Don’t miss: How to Record Screen as GIF in Ubuntu 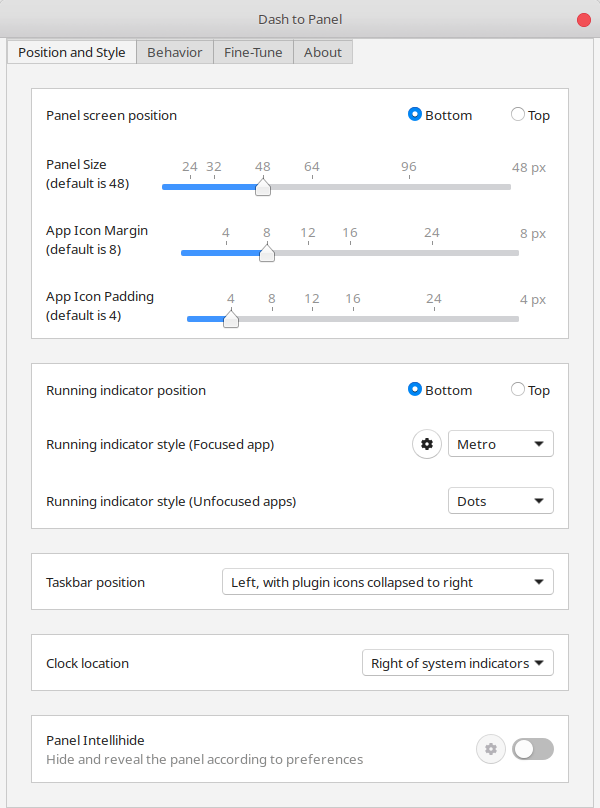 When the configuration module opens up, you’ll find your GNOME taskbar is a whole lot more customizable than the Windows taskbar could even imagine, if it could imagine. From the panel size, icon margin, padding, to how the running apps are highlighted and where the icons are placed. Windows users have long been trying to find ways to center the taskbar icons. On your GNOME taskbar, this is as easy as selecting a center layout from the Taskbar position drop-down menu. There’s a lot for you to explore here, but there’s one thing you may definitely want to change. 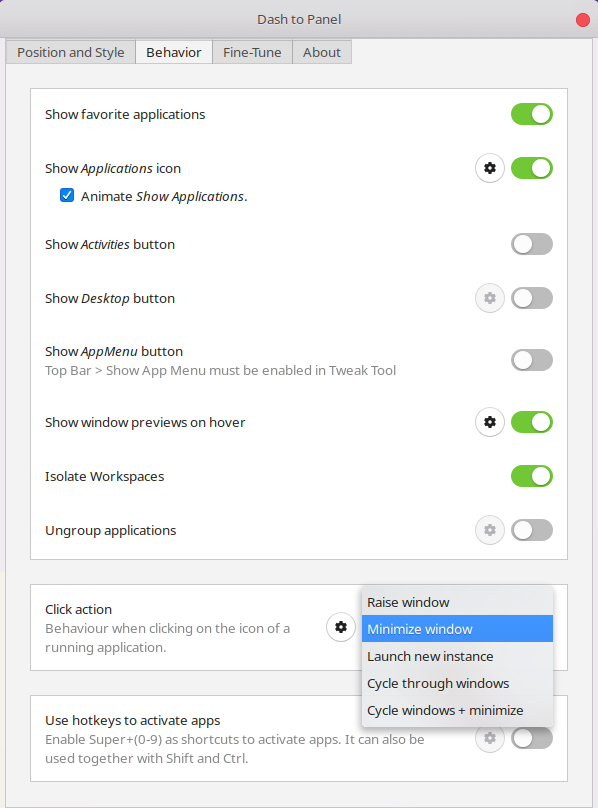 Under the Behaviour tab, towards the bottom, you’ll find a drop-down menu next to the label Click action. This defines what happens when you click on the icon of a running task. Traditionally, the click action is expected to minimize the window of the currently running app.

On Ubuntu, because this isn’t the default action on the dock, this isn’t the default action in your taskbar as well. Therefore, you might want to select Minimize window from the drop-down menu. Here you can also define other click actions by clicking the gear icon. For instance, what happens when you click while holding the Shift key, or click with the middle mouse button, etc. 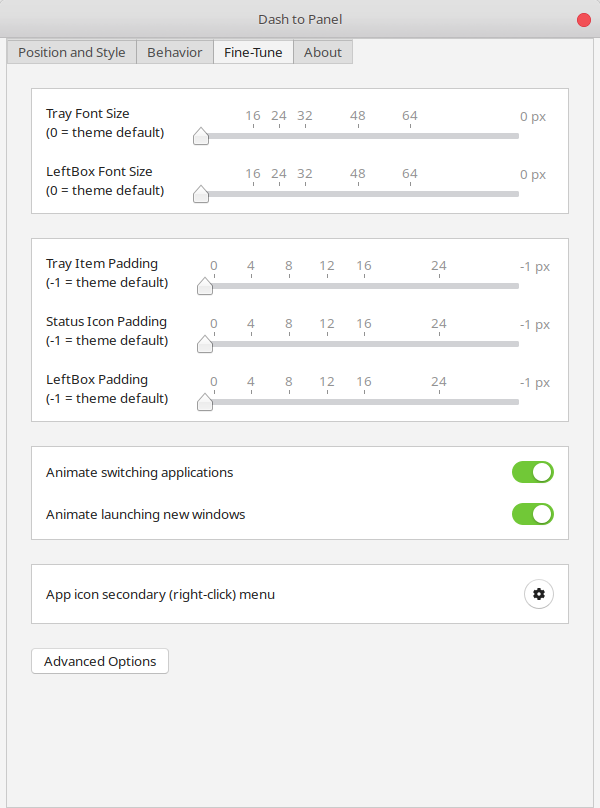 Next to the Behaviour tab is Fine-tune where you can modify the appearance of the tray icons the way you can for the taskbar icons under the Position and Style tab. You can also toggle on or off app launching and switching animations as well as modify the right-click menu. By default, right-clicking on an app icon shows the option to Quit, if the app is running, Remove from favorites, and the app’s own right-click menu. You can change this by clicking on the gear icon next to App icon secondary (right-click) menu.

Finally, you have a Windows-like taskbar on Ubuntu and don’t forget to check out how you can install XFCE Desktop on your computer.

Read next: How to Record Screen on Ubuntu as GIF