The new version of Linux Mint brings refinements and many new features to make your desktop experience more comfortable. Some of the new Linux Mint 19 features are as follows. 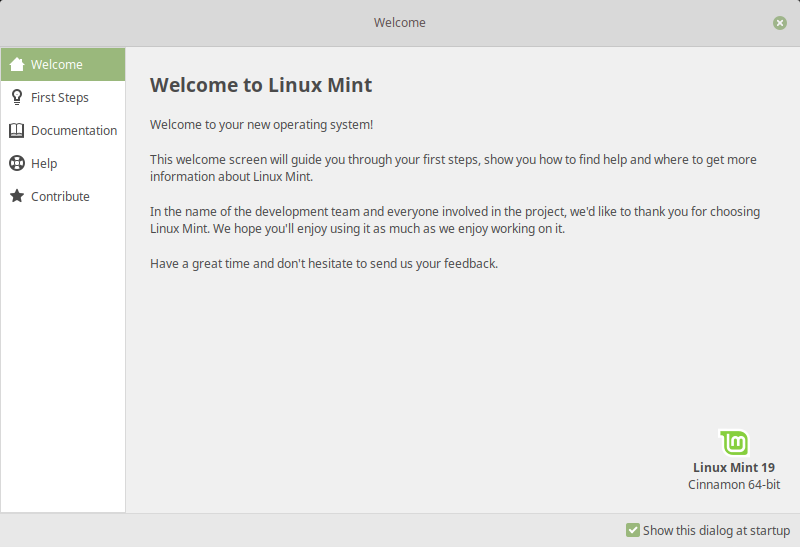 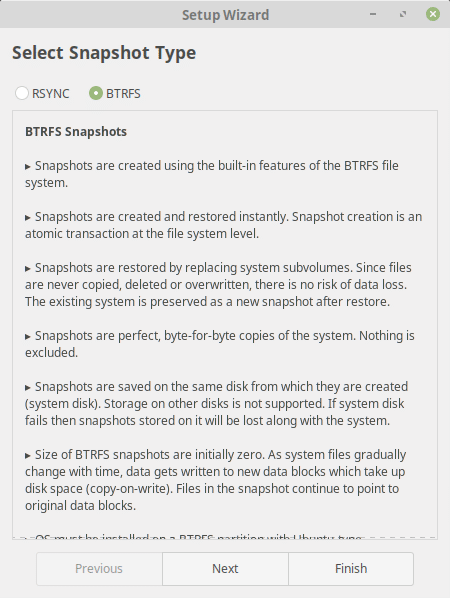 Timeshift was originally introduced in Linux Mint 18.3 and backported to work with all older Mint releases. Although, it is with Linux Mint 19 that Timeshift has taken the central position in Linux Mint’s update strategy and communication. It works quite similar to the System Restore in Windows. The system restore points here are called snapshots.

If anything breaks, you can go back to the previous snapshot and it’s as if the problem never happened. This greatly simplifies the maintenance of your system since you now don’t have to worry about regressions. 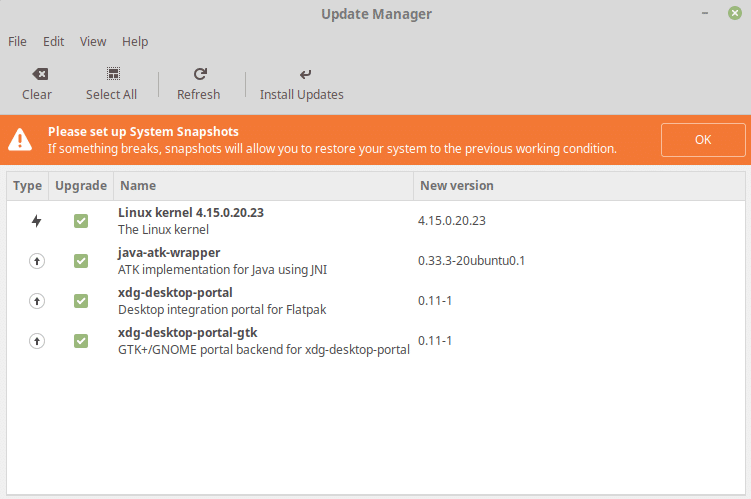 Linux Mint used to allow users to be selective in the updates they want to install. With Linux Mint 19, that changes since the Update Manager now makes use of Timeshift to deliver updates and guarantee the stability of your system. Updates are sorted by type, with security and kernel updates at the top. Updates from third-party repositories and PPAs are categorized in a separate category. The reliance on Timeshift also means Linux Mint 19 can now deliver automatic updates without the user having to worry about something breaking. 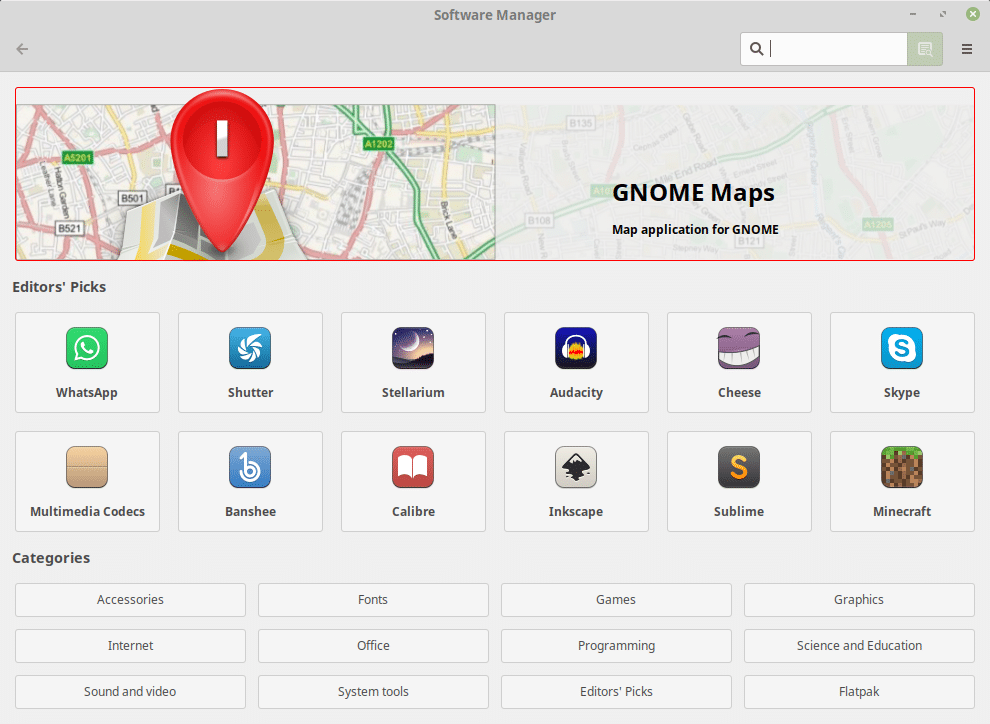 Related article: How to Install Unity Desktop on Ubuntu 18.04 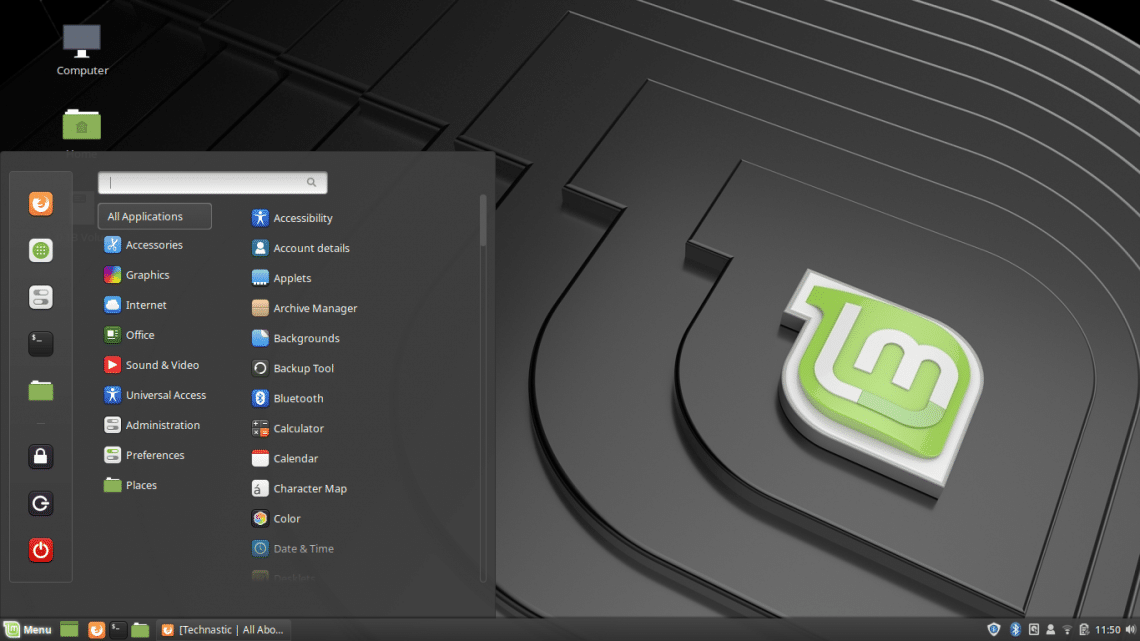 Cinnamon is the official desktop environment of Linux Mint although, like Ubuntu, a couple of other flavors are available. Linux Mint 19 brings Cinnamon 3.8 which has its own set of new features and updates. One of these is faster app launching and improved performance in general. It now also allows defining the maximum sound level which will affect all volume controls. Cinnamon 3.8 brings improved notifications, file search and a host of other improvements.

As Ubuntu 18.04 dropped support for 32-bit systems, Linux Mint remains one of the few Linux distros to still support it. As such, every Linux Mint edition is available in both 32-bit and 64-bit versions. The default edition is the one with the Cinnamon desktop but Mint 19 can also be downloaded with MATE or the Xfce desktop.

There is no official GNOME or KDE version but you can very much install either of those after installation if you want. Since Linux Mint is based on Ubuntu, the same terminal commands will work for installing any desktop environment or software as well. 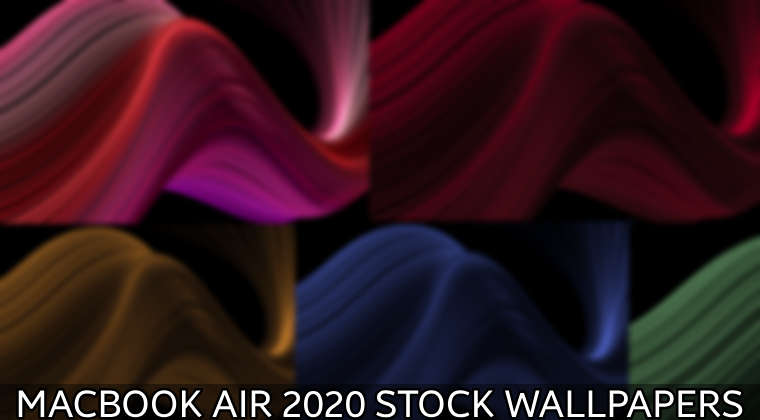 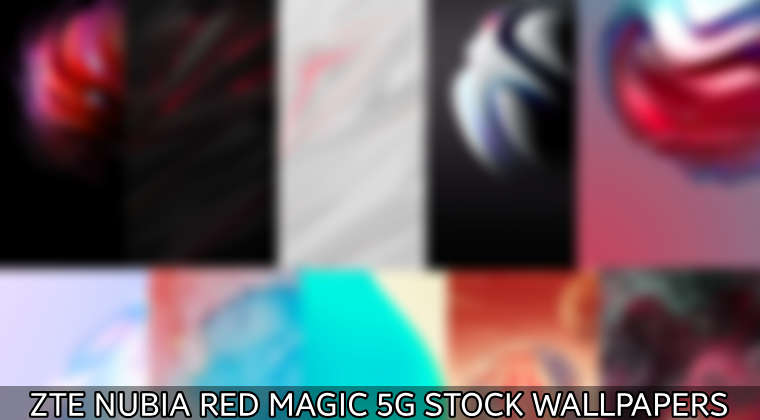 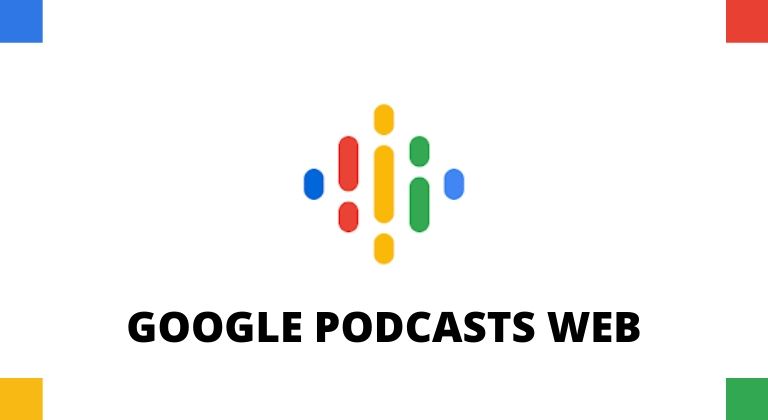 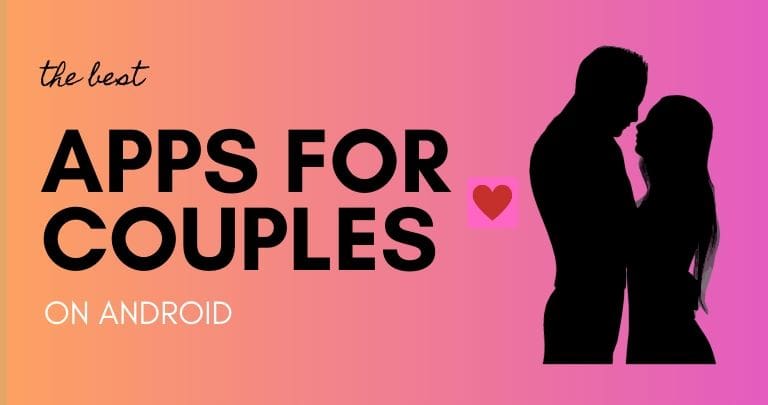