In this tutorial, we discuss how you can convert audio files into different formats on Ubuntu with a neat tool called SoundConverter. Before the rise of music streaming services, people bought their music DRM-free. Meaning they bought the music and it was theirs to do whatever they wished to do with, transfer the file to any number of devices, and even share it with others for free. You can see how this wasn’t so good for the music companies but it definitely was convenient for the users. Most of our music is online these days, via various streaming services.

Some people still like to buy their music the old-fashioned way though, instead of paying for it monthly or yearly. There are still websites today where you can buy DRM-free music. If you do, you will mostly get your music audio file in the MP3 file format but sometimes it can also be in other formats such as FLAC, WAV, or OGG. These formats preserve the original audio slightly better than MP3 but are also significantly large in size. For instance, an MP3 file of size 4 to 7 MB would be around 70MB as a WAV file. If you love music, you should also take a look at our guide describing the steps to install Spotify on Ubuntu.

FLAC is also a lossless audio format like WAV with a file size of anywhere up to six times the size of an MP3. However, the size of FLAC files is still significantly less than a WAV file. It’s not hard to see why most music is available as MP3. It’s small and thus can be easily distributed. FLAC is another format that the music industry is slowly embracing. The sizes are not ridiculously huge and it can provide an audio output similar to the audio input during recording.

Even though you purchase some lossless music, you probably wouldn’t want it on your phones or tablets which generally have very limited storage. Another scenario where you may have to convert audio is when you want to use something as a ringtone. On Smartphones, ringtones are traditionally in the OGG format so if you place an MP3 file on your device to set it as a ringtone, it would automatically also show up in your music library. This is fine if you’re setting an entire song as the ringtone but not so great if you only have a ringtone in MP3. Converting it into an OGG file is a quick solution to the problem.

Don’t Miss: How to Remove Trash Icon from the Desktop in Ubuntu 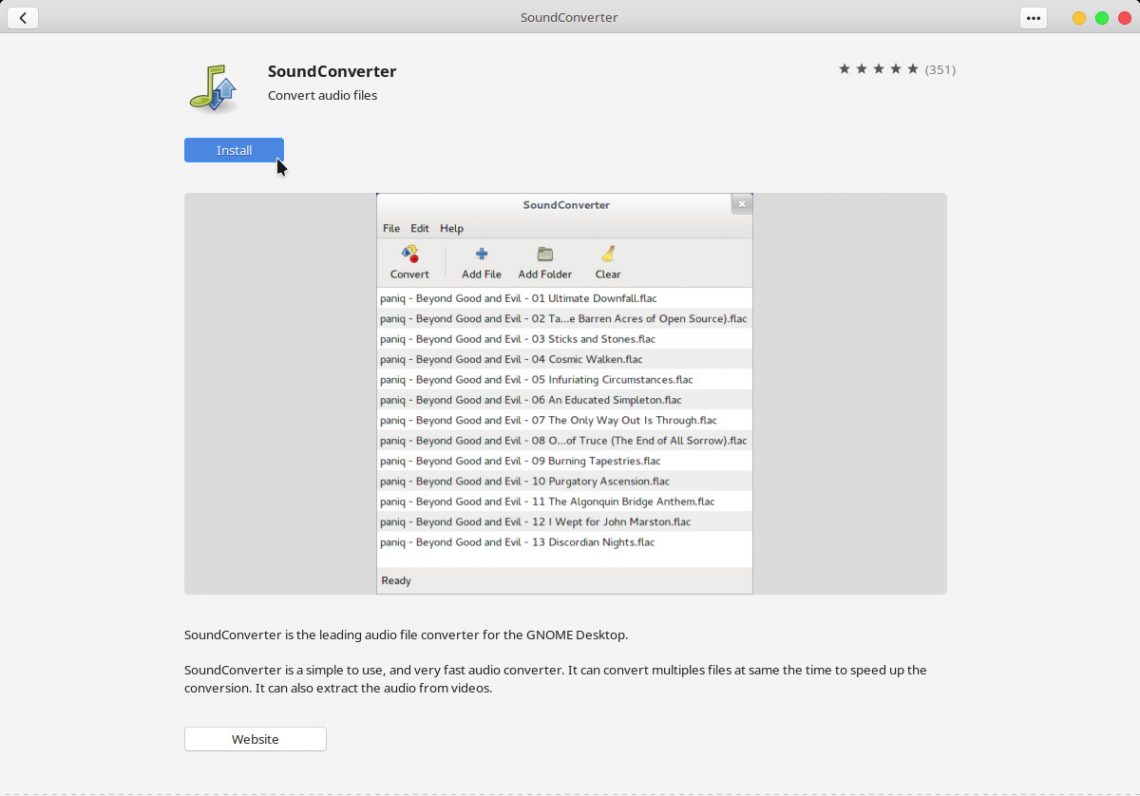 Audio files can easily be converted into other formats on your Ubuntu PC. There are probably many other tools out there for this job but we’ll be using something that is readily available in the Ubuntu repositories, and thus, the Software Center. SoundConverter is also available in the official repositories of most other Linux distributions as well.  To install the app, just search for it in the Software Center, click on the search result and click Install. Once installed, click on the Launch button to launch it. 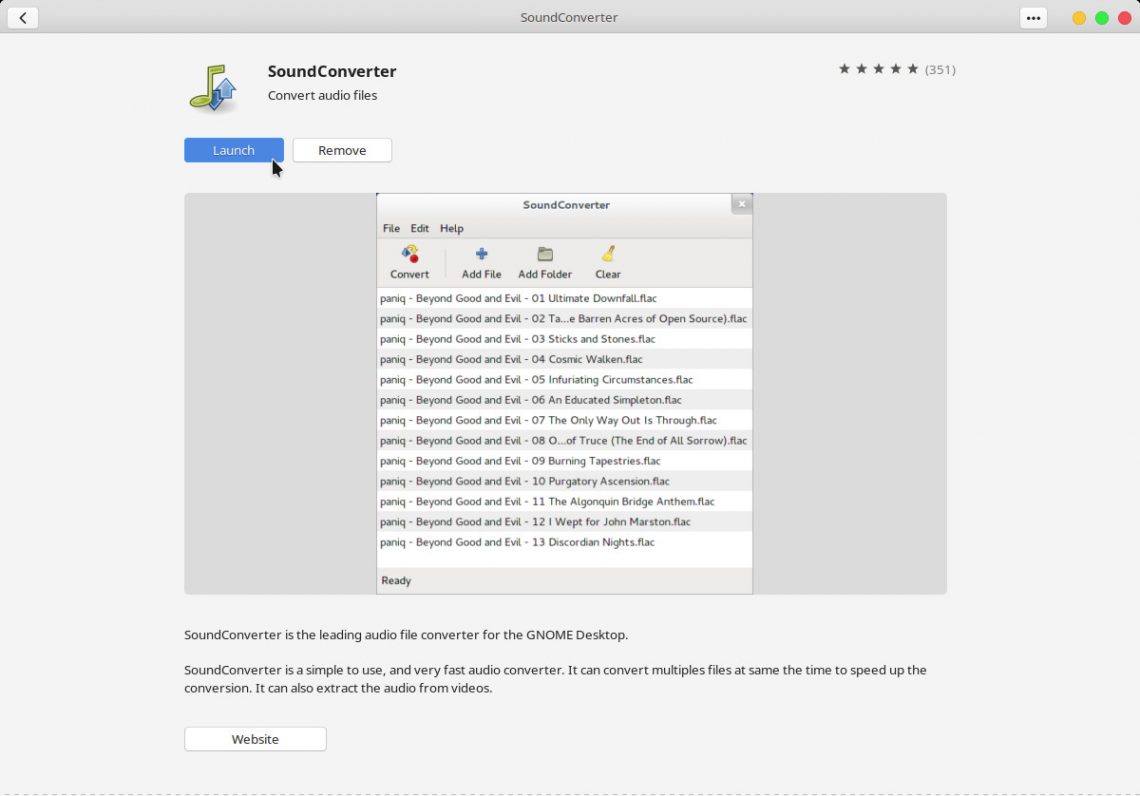 Those who prefer using the command line can also install it by entering the following command in a Terminal. In case you want to remove this app in the future, you can use this command to uninstall apps on Ubuntu. 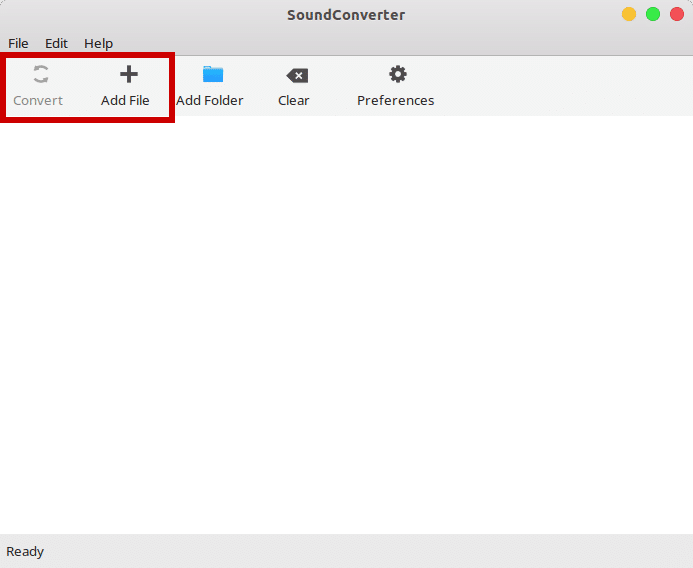 If you want a hassle-free experience converting audio files, it’s hard to imagine it getting simpler than SoundConverter. When you launch the application, the first two buttons you see are Add files and Convert. It’s a painless process but then you might wonder, what exactly are you converting the files into? 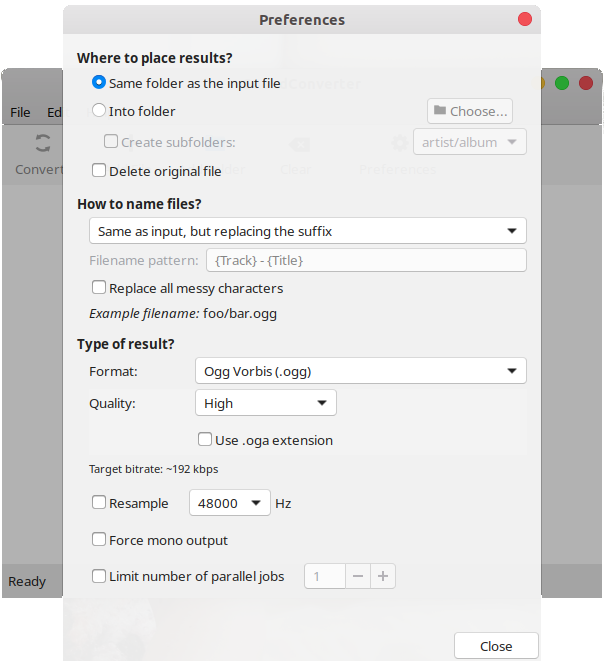 By default, the output format is set to OGG which is great if you’re converting something into a ringtone but not so great if you want something else. It’d be better to click on Preferences first and make sure the conversion happens as you wish and not according to the default settings. When you’ve selected the output format, destination folder, naming-scheme, and other settings click Close. 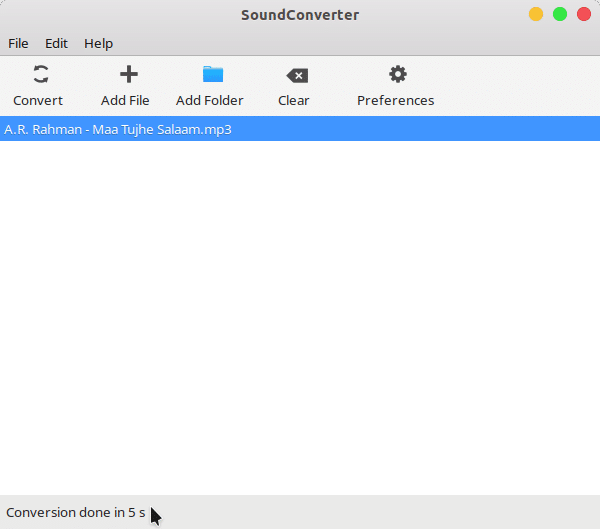 Now you can convert a single file, a few manually selected files, or your entire music library all at once. Provided you have all the files you want to convert in the same folder, click the Add folder button or click Add file to manually select a single file. Once files are added, just click Convert and let the magic happen.