How to Launch Screen Sketch Using PrtSc Key on Windows 10

Windows did jump into the screenshot game a quite early even before your smartphones were around. Screenshots were not a particularly popular feature back then but they are now. The old print-screen-with-PrtSc-and-then-paste-in-MS-Paint-just-to-get-a-screenshot-process is a bit too old. There are devices out there that can take and save a screenshot with the press of a button, and some even allow editing it, to an extent. To stay competitive, Microsoft has updated its Screen Sketch tool, introduced first with the original Windows 10. The company now also gives users the option to launch screen sketch with the PrtSc key on Windows 10.

If you thought I was conveniently ignoring the presence of a snipping tool which has been around since Windows 7, it’s because I  was. Even Redmond is looking forward to conveniently ignoring it in future Windows 10 builds as they work to make Screen Sketch better. I’ve previously written in detail about the different ways you can take a screenshot on Windows 10. Microsoft is looking to retire the old Snipping tool though in favor of Screen Sketch for obvious reasons. Although, currently there are two ways to launch Screen Sketch. 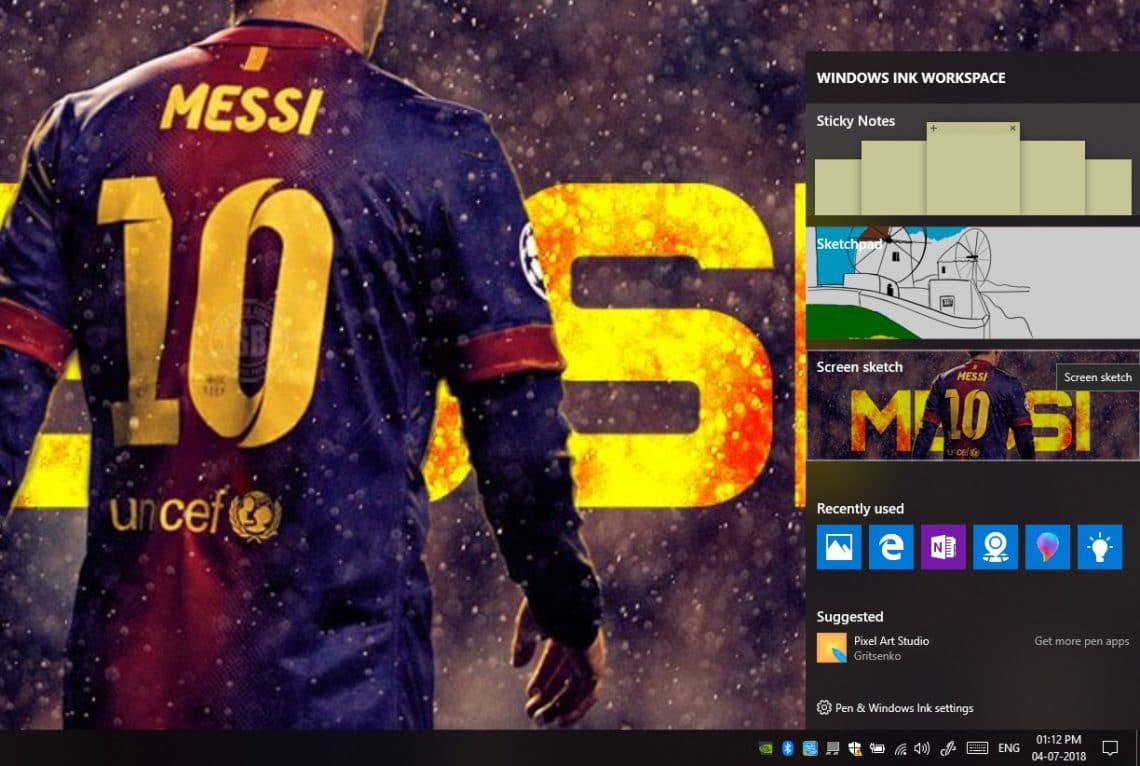 You can make use of the Screen Sketch tile in Windows Ink Workspace. This has to be enabled by right-clicking on the taskbar and selecting Show Windows Ink Workspace button if it’s not already enabled. Another way to launch Screen Sketch is by pressing Window + Shift + S keys together on the keyboard. Neither of these is quite as convenient as one would like though. Windows already has a key dedicated to taking screenshots though, which pretty much still does what it used to do a decade ago. So why not make use of that instead?

By default, when you press the PrtSc key a screenshot of your entire screen is copied onto the clipboard. You don’t get any choice in it, but when you capture the screen using screen sketch, you get to choose specifically which part of the screen you want to capture. And then you can even view your screenshot, annotate it, copy it to the clipboard or simply save it. It makes sense then to use the PrtSc key to launch Screen Sketch instead.

Must read: Move Taskbar Icons to Center on Windows 10

Fortunately, Microsoft agrees although they’ve not yet implemented this by default. Users running the latest Windows 10 Redstone 5 update can enable this option in the Windows 10 settings.

Make sure you don’t have any third-party apps installed that make use of the PrtSc key if you want the Windows 10 settings to work.