Budgie is a homegrown desktop environment of the Solus project, based on GNOME 3. Due to its growing popularity in the Linux community, it even received an official Ubuntu favor that ships with Budgie desktop pre-installed. The developers have been working on Budgie 11, meanwhile, the current latest version to exist is Budgie 10.4. It’s a light-weight alternative to the GNOME desktop itself and is a modern desktop that features heavy integration with the GNOME stack. Being light-weight comes with a few sacrifices of course. But for a lot of people, these turn out to be the right sacrifices. There are also some additions that you probably won’t find on GNOME, at least I haven’t. 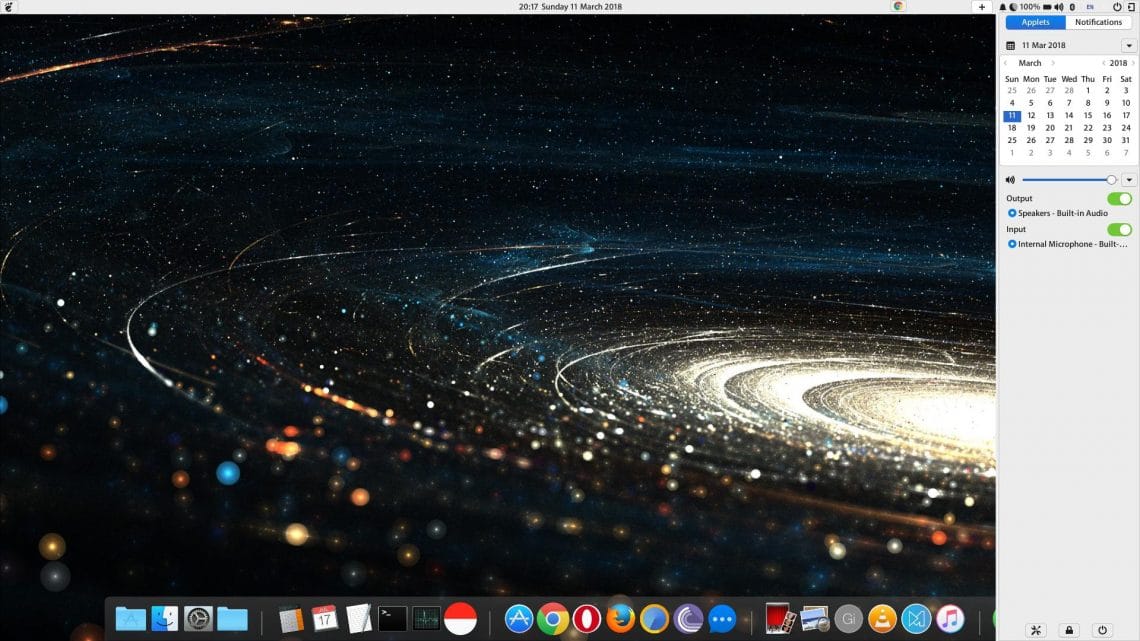 Modifying Budgie’s appearance is easier than GNOME’s. It does not need a separate Tweak tool and allows you to do a fair bit of customization. Clicking on the Settings button at the bottom of the Raven Sidebar Control opens up the Settings, not the music player. Budgie has a built-in theme and a dark theme. The built-in theme simply prevents desktop elements like the panels from being affected by themes and keeps them dark. The themes look nice, but the look is not for everyone. If you’d like to turn these off you can do so with simple toggles. 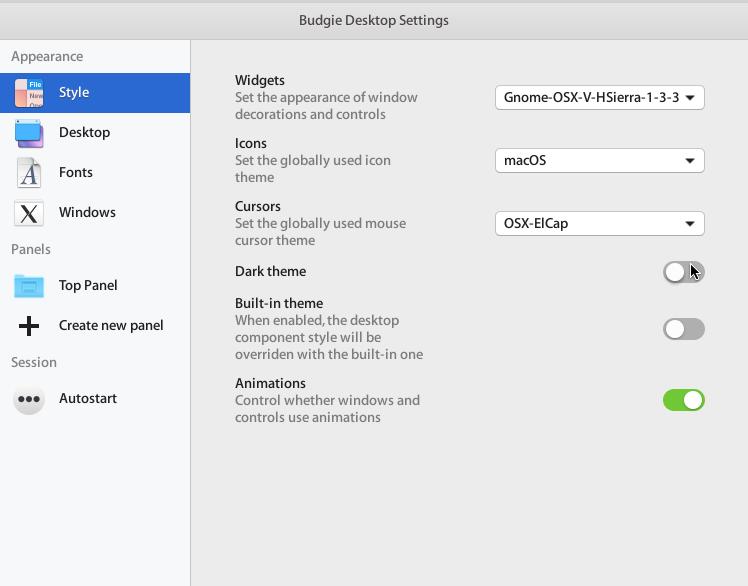 There are a number of things you can change here from application themes to fonts, icons, and cursors. It also lets you customize the top panel’s size, make it transparent, add, remove, or move the applets on the top panel, etc. It is no match for the Plasma desktop’s customization, but it is still quite better than what GNOME or Unity offers. All in all, Budgie is a solid take at a modern Linux desktop. It looks nice even with the default settings and works just as well. The applets may not be as flexible as GNOME extensions or Plasma widgets but that could change as popularity grows.

Installing Ubuntu Budgie desktop is not a hassle if you’re used to your Ubuntu by now. You may have used the Terminal plenty of times already to install and uninstall software. Budgie can be installed similarly via the Terminal. Depending on your Ubuntu version, you will need to add a PPA, or not. Execute the commands given below one by one depending on your version of Ubuntu and follow the on-screen instructions. The first commands add the respective PPAs according to your system version. You’ll be required to enter your password.

The second commands update the list of packages available and then the third commands install the Bungie desktop package to your system. You might be required to press Y on your keyboard to confirm the installation.

Ubuntu 17.10 already includes Budgie in the official repositories so you won’t need to rely on PPAs. Simply run the install command and press Y when asked. 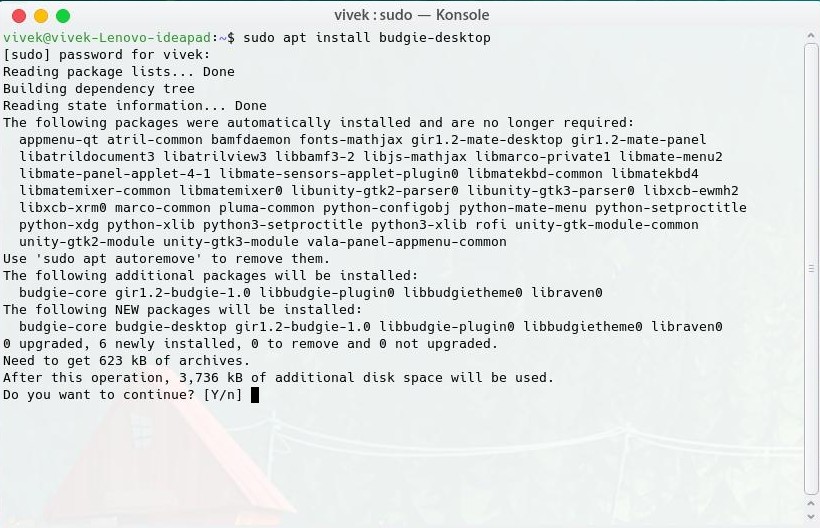 How to switch to Budgie desktop 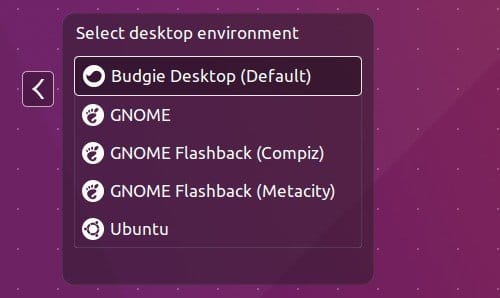 To switch to Budgie desktop, you’ll have to log out of your current desktop session. Click on the Ubuntu logo icon next to your username on the login screen and select Budgie Desktop. After that, enter your username and password to log in and you’d be greeted with a brand new desktop environment.

To uninstall Budgie just run the following command in a Terminal.

Recommended for you: How to Enable Flatpak Support in Ubuntu

1 thought on “How to Install & Uninstall Ubuntu Budgie Desktop”