Web apps have become increasingly popular over the last few years which lead Mozilla, the company behind Firefox to launch the Firefox OS. It was a mobile platform built solely on the promise of web apps. That didn’t take off for several reasons but Chrome OS, Google’s similar take for laptops, did. Web apps have a few advantages over native apps. You don’t have to “install” them, for one. They’re almost as fast as native apps these days but less resource hungry. They also have a few disadvantages, such as no real integration with your desktop. But on Linux, you can easily convert web apps into desktop apps.

Peppermint OS, a light-weight Linux distribution, makes heavy use of “Site Specific Browsers” or SSBs. Many web apps these days offer enough functionality to be native apps, but they lack the integration with the desktop. These SSBs provide that for web apps, allowing them to run outside of a browser. The developers of the lightweight Linux distro have even created an app called Ice. It allows users of Peppermint OS to convert web apps into native desktop apps. This works as long as you have either Chrome, Chromium, Firefox, and/or Vivaldi installed on your system.

The said Ubuntu distribution includes a number of SSBs by default, including some popular applications such as Google Drive and games such as Entanglement. No need to install Peppermint OS just to get Ice and a plethora of web apps though.

Peppermint OS is based on Ubuntu, and so most of its apps are readily available to install on any version or flavor of Ubuntu. Although you’ll probably not find Ice in the Ubuntu repositories, and thus neither the Software Center. But the program is available as a Debian package that you can download and install. 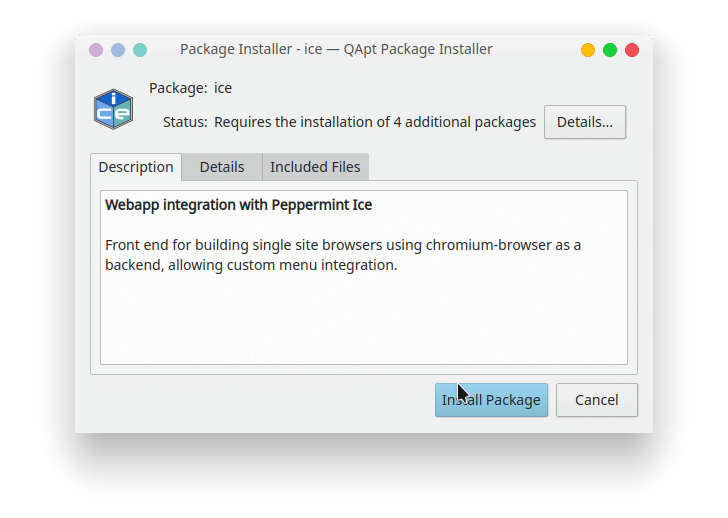 Once you have the Debian package, all you have to do is double-click on it and your default package installer will open up allowing you to install the app. For most Ubuntu users, this will be the Software Center itself, but it can be different for those using other Desktop environments.

For instance, KDE users will have the QApt Package Installer, as shown above. Click Install on the package installer, enter your password and the program will be installed. If you prefer using the command line to install it, you can use it too. Open a Terminal in the location of the downloaded Debian package and run the following command. 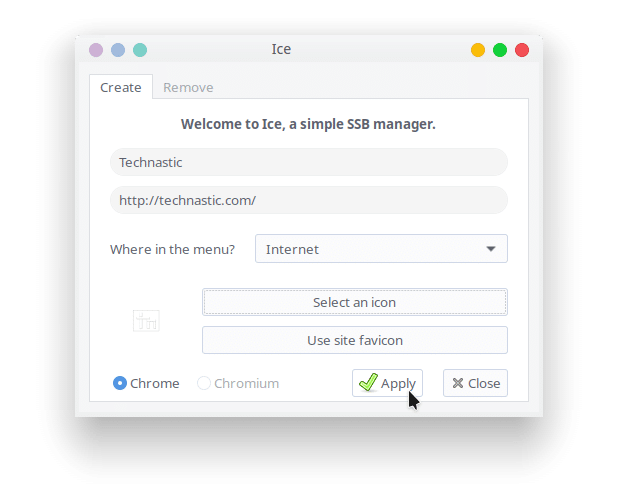 Once you have Ice installed, launch it from your app launcher or simply enter Ice into a terminal. This will open a small window, where you can enter the name of the app, and the url, which can be of any website that you love to use, not necessarily a web app.

Let’s say you wanted to make this website an app on your desktop because you love tutorials such as this one. Simply enter a name in the first text field and the website URL in the second. Select where you want the app to appear in the app menus. You can select an icon by clicking the Select an icon button but it’s not absolutely necessary. When you click Apply, the app will appear in your Linux app menu or drawer. 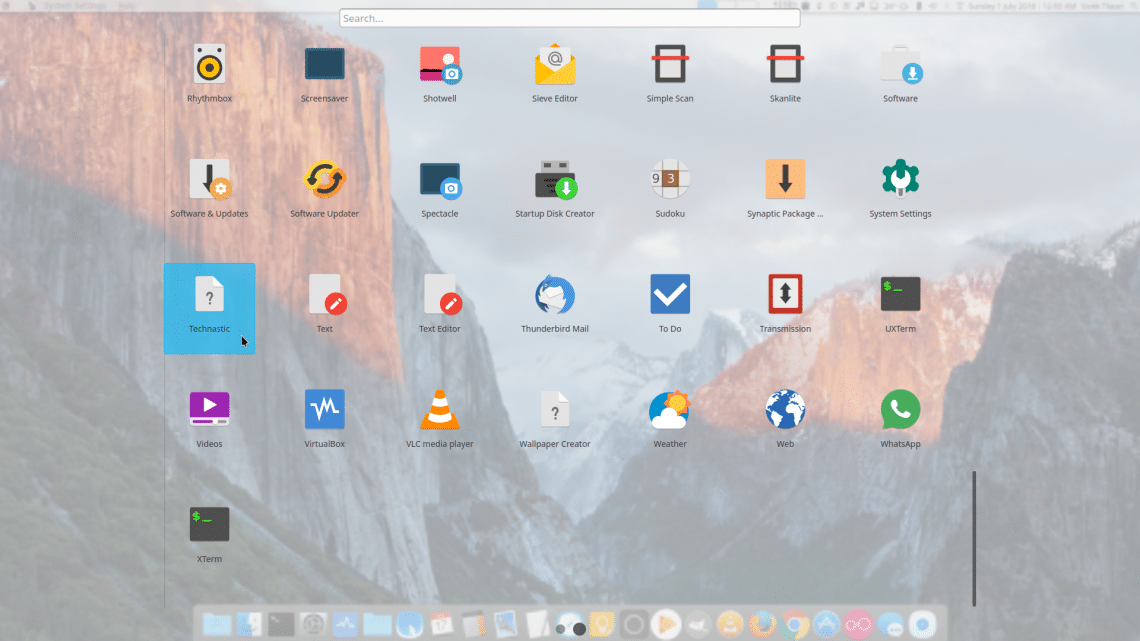 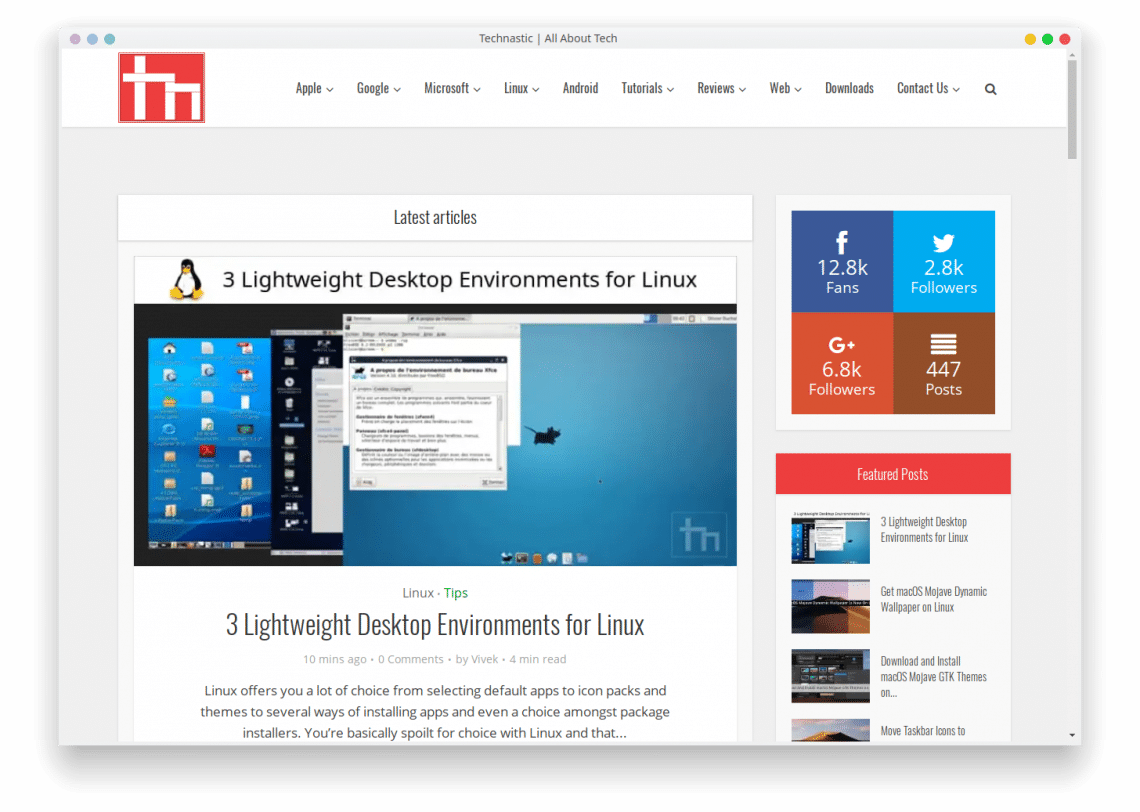 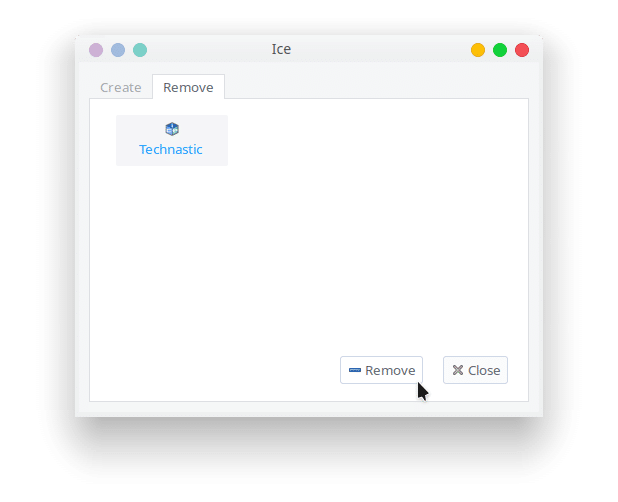 It may seem like a native desktop app but it isn’t. so you can’t uninstall it via the traditional ways. In case you don’t like a web app anymore, or whatever reason you have or not have to uninstall a web app, you can do so from Ice too. Launch Ice, and head to the Remove tab inside the app. Here, you can see all the web apps you currently have installed. Select the one you wish to remove and click on the Remove button. It will be removed just as quickly as it was installed.

You may also like: 3 Lightweight Desktop Environments for Linux

2 thoughts on “Convert Web Apps into Desktop Apps on Ubuntu”