Music is such an integral part of most of our lives. If you’re someone who’s working on their PC a lot through the day or you just like to come home from work and play solitaire on it, many of you would like to do it with your favorite music playing in the background. For me, it helps me concentrate and enjoy working. So it’s pretty important to many people. If you are an Ubuntu GNOME user, there’s an easy way to add media controls to the system tray of your computer.

When you’re working, having to open the music player to play/pause, skip tracks, etc. can actually be counterproductive. Some Linux desktops provide media controls right in the default panel or system tray, or something that stays on your screen at all times. Ubuntu did too until it used the Unity desktop. Now with GNOME, the feature isn’t there. Although you can manually add media controls in the system tray on Ubuntu. not just that, you can also change the audio output device on Ubunto to HDMI. 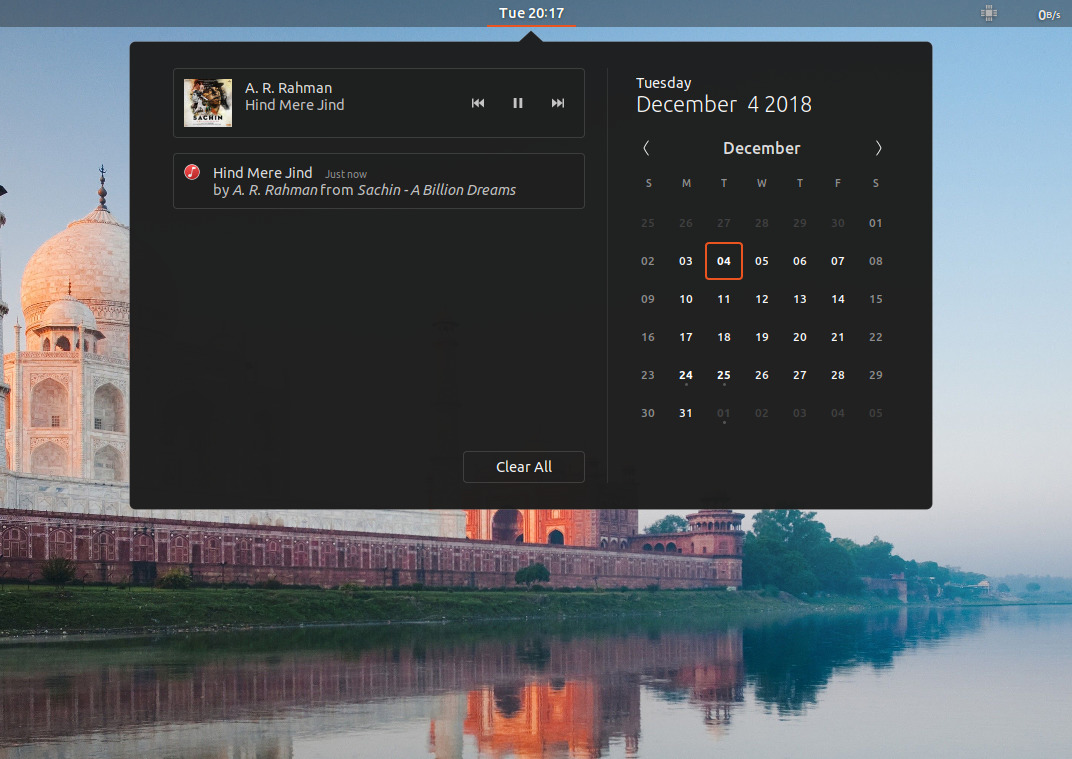 GNOME does provide media controls in the GNOME shell in the notification area by the way. A bit like Android on your smartphone. But you wouldn’t notice it until you happen to open the notification tray while the music is playing. There is nothing inherently wrong with the placement of these media controls either. But people who are used to the way Ubuntu worked with Unity might not love the little changes all that much. Ubuntu is going to be using the GNOME desktop going forward though so it is a good idea to just get used to how GNOME works. If you’re adamant about not changing how you work though, GNOME does provide a way via extensions.

Add media controls to the system tray in GNOME

In case you’re unaware of GNOME extensions and how to get them working, you can visit the link below. We have also got some guides to help you choose and install your first extensions linked below. 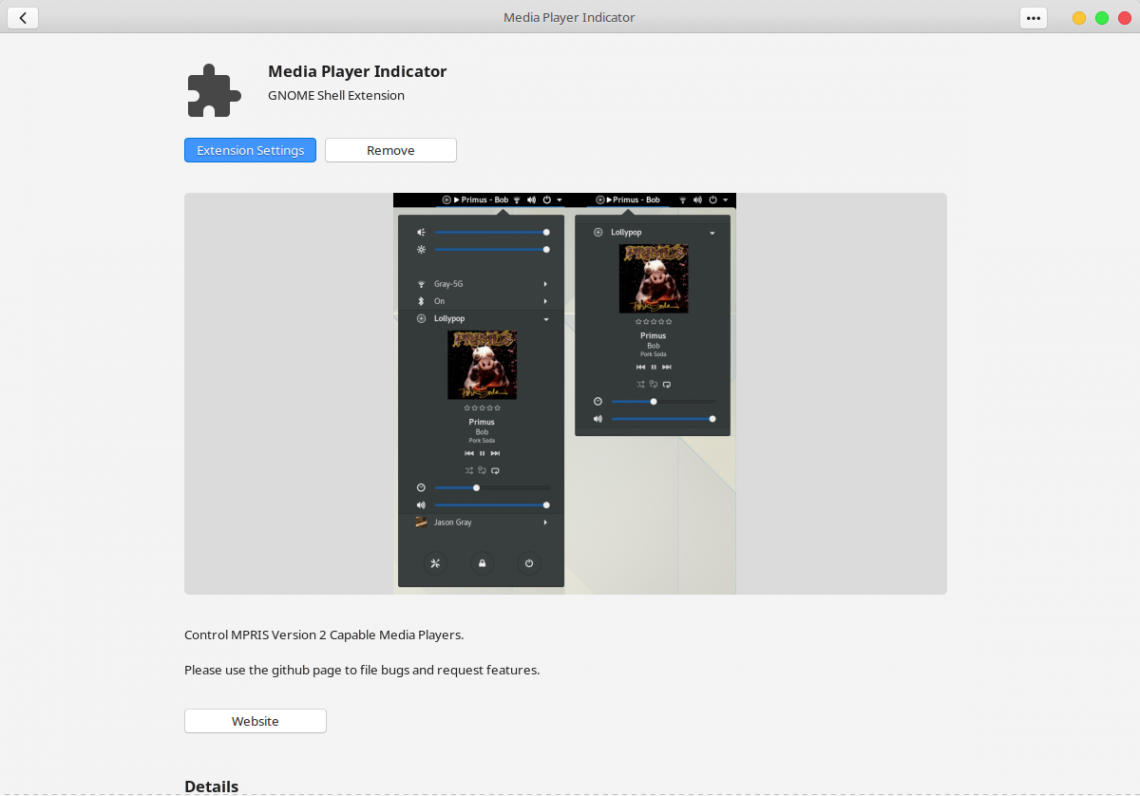 Once the extension is installed, you can find media controls in the system tray whenever you play any media file with any media player, not just Rhythmbox which is the default music player app on Ubuntu and so many other Linux distributions. 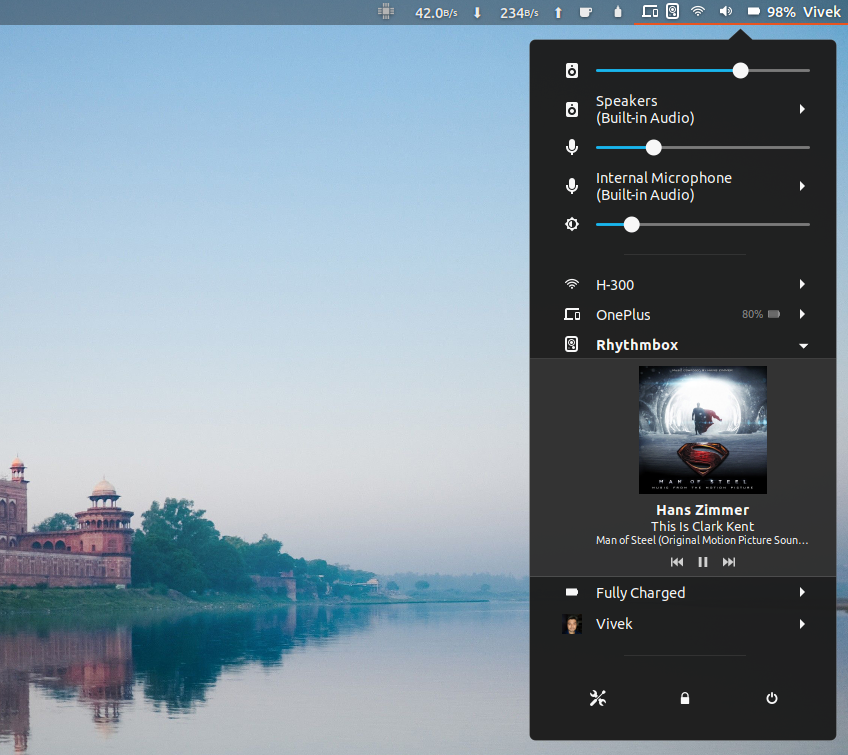 The Media Player Indicator extension allows you to configure it according to your preferences. This makes it better than the implementation in Unity or even the default indicator in the GNOME notification tray. The configuration module can be accessed from: 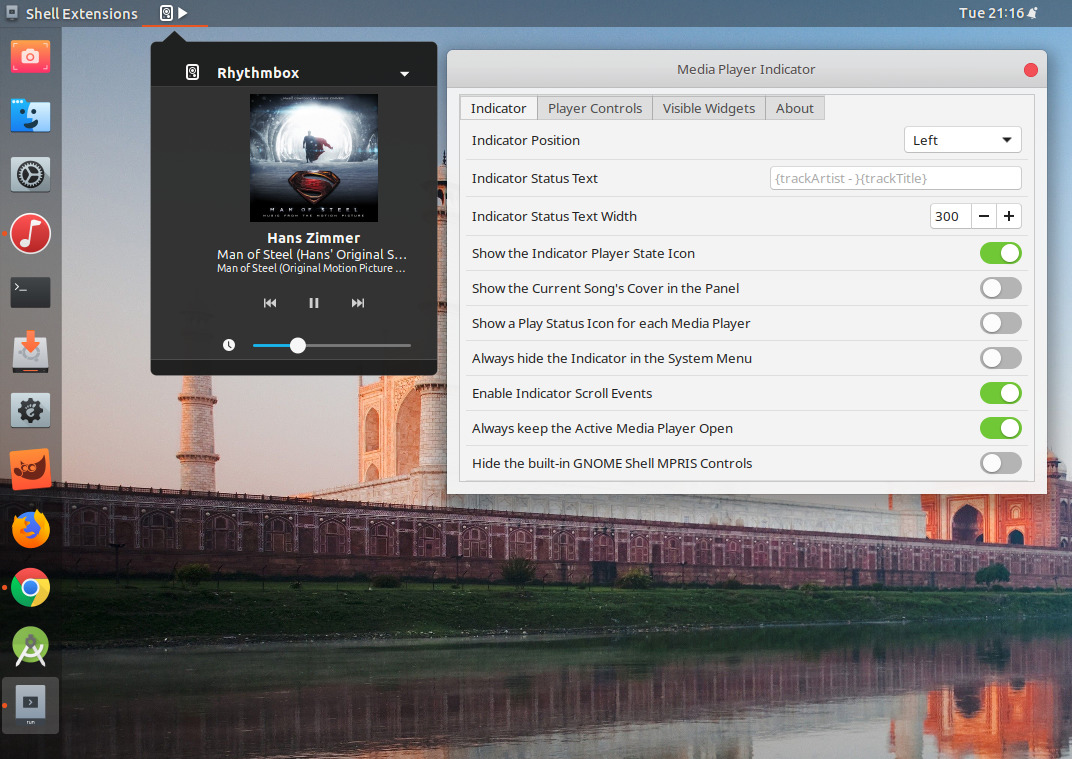 Here, you can change the position of the media player indicator and place it in the left, center or the right in the top barm outside of the system tray, for one. It also lets you change a lot of other things such as the information that will appear in the indicator, the text width, etc. 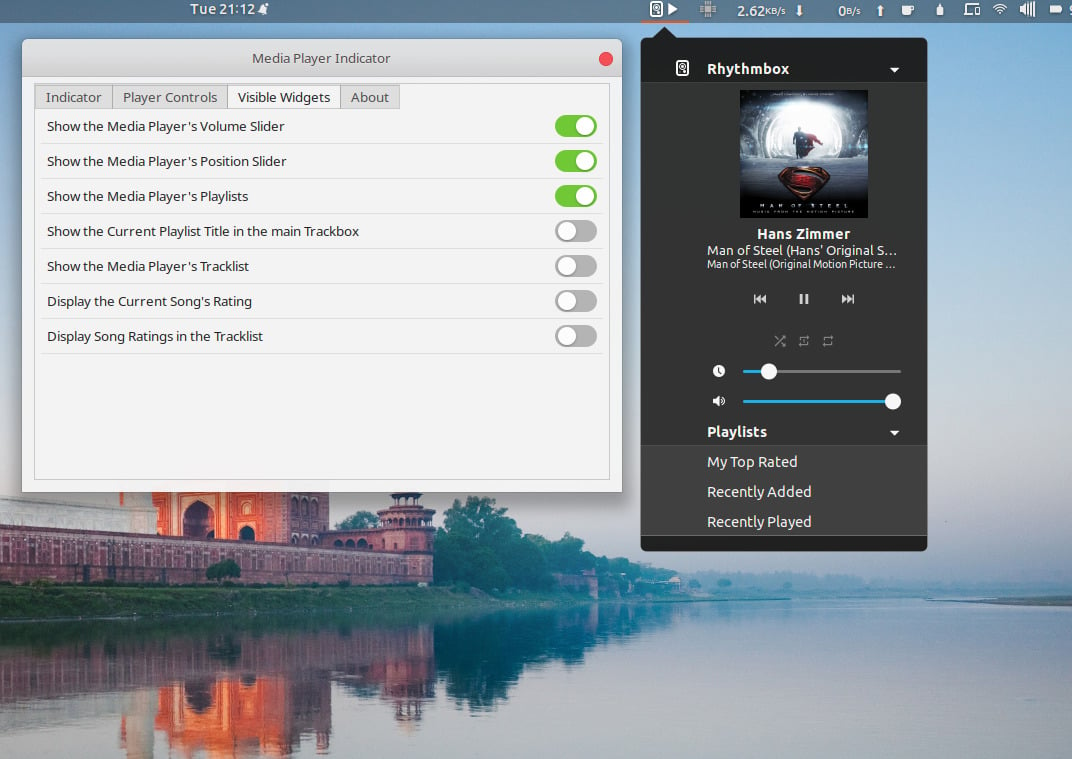 Under the Visible widgets tab, you can also add more button controls, playlists and a volume slider specifically for the media player among other things.

Read next: GSConnect Your Android to GNOME Desktop