Anytime you boot your Windows computer, the very first thing you see on your screen is the manufacturer’s logo. I don’t know about you but I’ve always wanted to change just about everything on my Windows PC ever since I got the customization flu. The boot logo though is not as easy as changing the wallpaper or even the Windows login screen. The manufacturer doesn’t want you to change the logo. Although, Windows is a pretty popular platform. When a lot of developers have something, somebody will always find a way to change the Windows 10 boot logo. That is how we have this nifty tool called HackBGRT. It lets you change the Windows UEFI boot logo.

HackBGRT is a little complicated to use. Also, you’re not using it to change wallpapers. Remember, Windows is an OS that might fail to boot when you try as much as installing an icon pack.  Changing the UEFI Boot logo is something at another level. It’s our duty to let you know that if you do proceed with using this tool your PC might fail to boot. It is unlikely if you’ve followed the guide below carefully but still very possible.  We recommend creating a recovery media first or at least a system restore point. You can create a Windows system restore point and use it to restore your PC.

HackBGRT also creates a backup of the bootloader for such situations. We’ll show you how to use that as well.

HackBGRT only supports UEFI systems and is not meant to work on anything else. If you’ve bought your computer recently, it is more than likely to support UEFI. If you’re running a dual boot setup, you’re most probably using the Legacy bootloader, in which case you can’t use this tool.  You must also make sure Secure Boot is disabled.  This can be done in the BIOS menu accessing which is different, depending on the manufacturer of your PC. 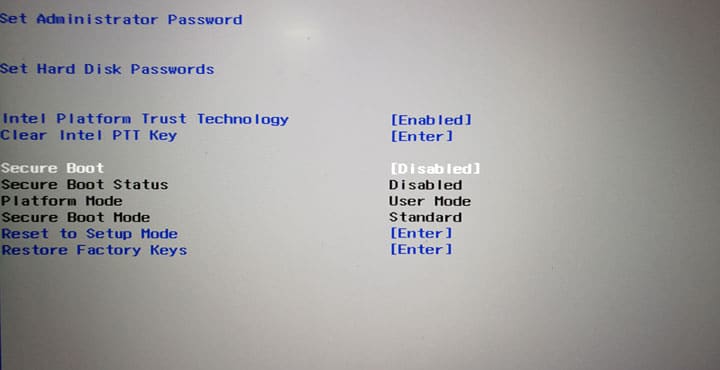 How to revert changes

Did something not go as planned? Launch the setup.exe file again and hit D instead of I this time in the command prompt window. There is also the possibility that you might not be able to boot into your system. This is quite unlikely, but we did warn you before. If you did create a recovery media or already had one, you can use that. Or you can use a Windows system restore point that you may have created.

Since you aren’t able to boot into the system, you may still need a bootable Windows media, such as a disc or a USB drive. You can also use the backup created by the HackBGRT tool by copying [EFI System Partition]\EFI\HackBGRT\bootmgfw-original.efi into [EFI System Partition]\EFI\Microsoft\Boot\bootmgfw.efi. To do that you will need to use the command prompt from a Windows media or use an Ubuntu Flash drive, etc.

Having applied a custom boot logo on your PC, you might also want to install a custom theme on your Windows 10.