These alternative terminal emulators for Linux offer unique features that either improve functionality or aesthetics. So here’s a list of 5 of the best terminal emulator apps for Linux. You can even test different Linux distros online without installing them by following our guide on the topic. 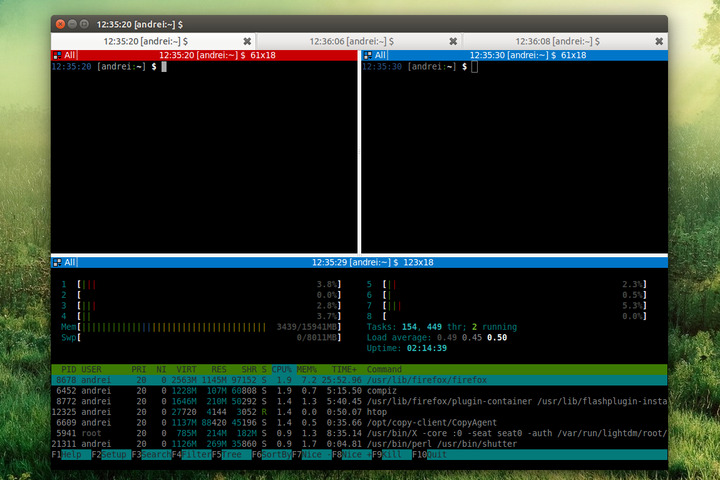 Terminator is made for the GNOME desktop environment, but it still works completely fine on any other desktop environment. It’s a mildly popular Linux terminal emulator with one unique feature. Terminator allows you to open multiple GNOME terminals within a single window. Terminal windows can be easily grouped and re-grouped. It works similar to a tiling window manager but with some restrictions and only for the GNOME terminal.

To install Terminator on Ubuntu, enter the following command in a terminal.

You can find instructions to install this terminal emulator app on other Linux distros on its GitHub page. 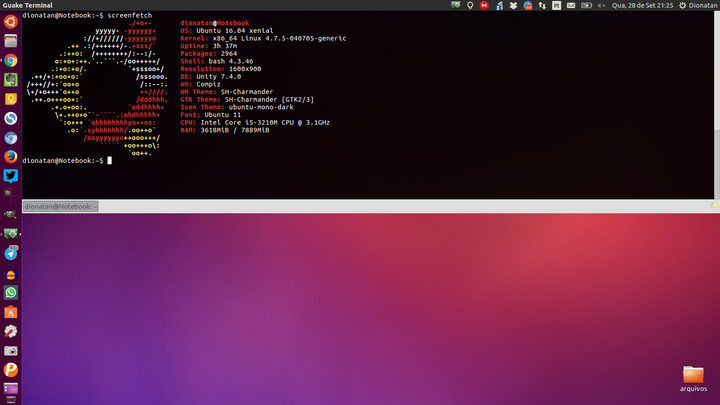 Inspired originally by an FPS game Quake, Guake Terminal is different from other terminal emulators for Linux. It works as an overlay above other windows instead of working inside a window. To summon the terminal overlay you just have to press the assigned shortcut key, which by default is F12.

You can customize the width or position of the terminal overlay, and also the shortcut key. It offers features such as the ability to open multiple tabs, restore tabs, color-coded tabs, and more.

To install Guake Terminal on Ubuntu, enter the following command in the terminal.

To install the Guake Terminal emulator on other Linux distros, you can refer to the installation tutorial on the official website.

Tilda is another drop-down GTK-based terminal emulator like Guake. Among its unique features is an integrated search bar that can be toggled. A lot of things can be customized here. You can also set any hotkey you prefer for quick access and even assign hotkeys for specific actions. The lack of drag and drop support can get a little annoying over time.

To install Tilda on Ubuntu, enter the following command in the terminal.

To find installation instructions for other distributions, you can refer to its GitHub page. 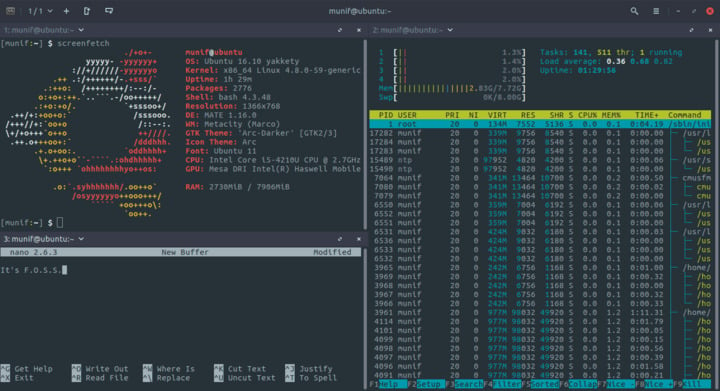 Tilix is yet another drop-down terminal emulator app for Linux, but it differentiates itself too with some unique features. It lets you have multiple terminal windows in tiling mode. This can be very useful if tiling windows is not a feature of your Linux desktop environment. People with large screens can really make the most of it without having to switch workspaces.

Tilix is available in the default repositories of most Linux distros, so you can easily install it. To install Tilix Terminal on Ubuntu, enter the following command in the terminal. 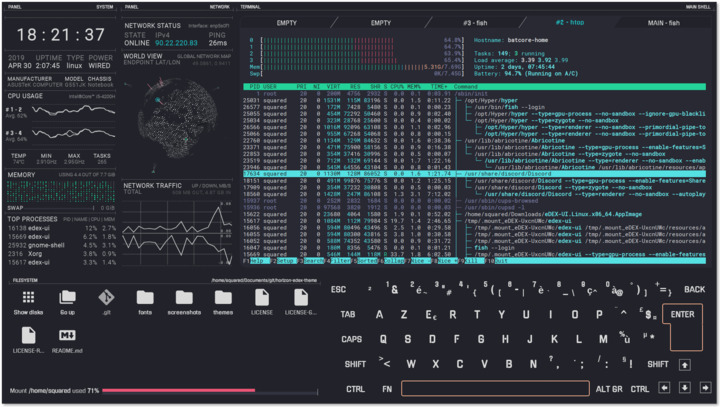 If you’re just looking for a fancy looking terminal emulator alternative for Linux, eDEX-UI might be your thing. It’s a very uniquely sci-fi-looking terminal emulator app that you can show off. The looks are heavily inspired by the movie TRON Legacy, just so you know. It’s not just about the looks because eDEX-UI offers a unique experience as well. You can choose from different theme options, have multiple tabs, etc. What it is not though is a lightweight terminal app. eDEX-UI is rather heavy on resource usage for a terminal emulator.

eDEX-UI is available as an AppImage that works across all Linux distros, and you can download it from its GitHub releases section.

Do you have any other suggestions you think should be on this list? Let us know in the comments.