Baseball is one of the most popular games in America and other parts of the world. And while mobile games can’t replace the real deal (yet), there are a bunch of cool baseball games on Android. To make things easier, we’ve rounded up the best baseball games you can find on Android. These games are a mix of premium and freemium games on the Play Store.

In case you’re looking for other sport games for Android, check out the 5 best golf games for Android. Nonetheless, most of the baseball games mentioned in the list are often updated with the latest roster of players or with new challenges. Thus, you won’t be easily bored when playing any game on the list. It’s also worth noting that this list is in no particular order. So without much further ado, let’s check out the baseball games you must play on Android. 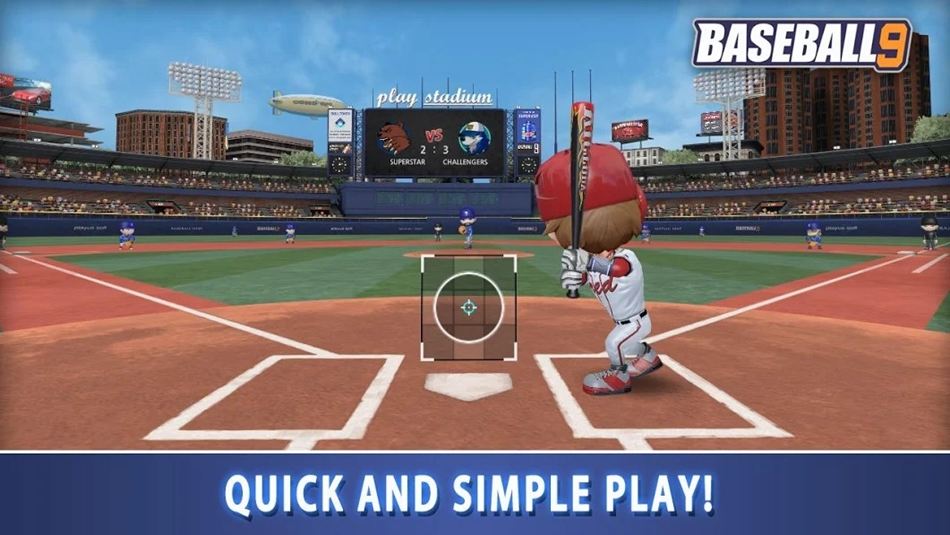 Let’s kick the list off with one of the best casual baseball games on Android. Baseball 9 is a popular baseball game that features cool cartoon-ish characters. However, the mechanics of the game are fairly realistic. You have to recruit players and build your roster. And you even have to upgrade the skills of the players to build the best team possible. Additionally, you can customize the look of the characters in the game. The controls of the game are relatively easy to learn. Unlike a few other baseball games on Android, Baseball 9 can be played without an active internet connection. 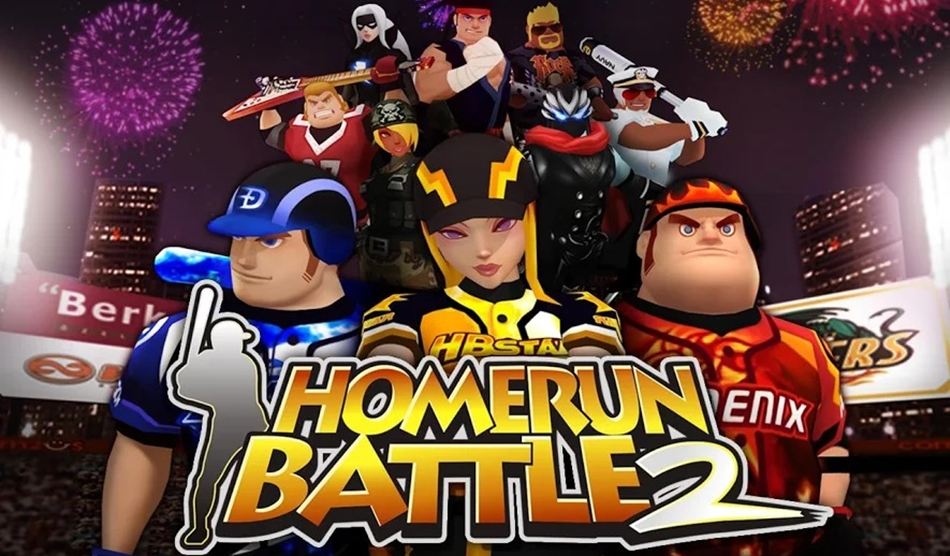 This is one of the better freemium baseball games on Android. Homerun Battle 2 has a few different game modes to play in. That includes — Duel, Survival, Arcade, and Training. You can compete against other players in online match-ups or you can choose to play the arcade mode for fun. To make things a tad interesting, players can even chat during gameplay. Character customization is also available and you can change the gender, skin tone, body structure, and more. The graphics and mechanics of the game are decent. 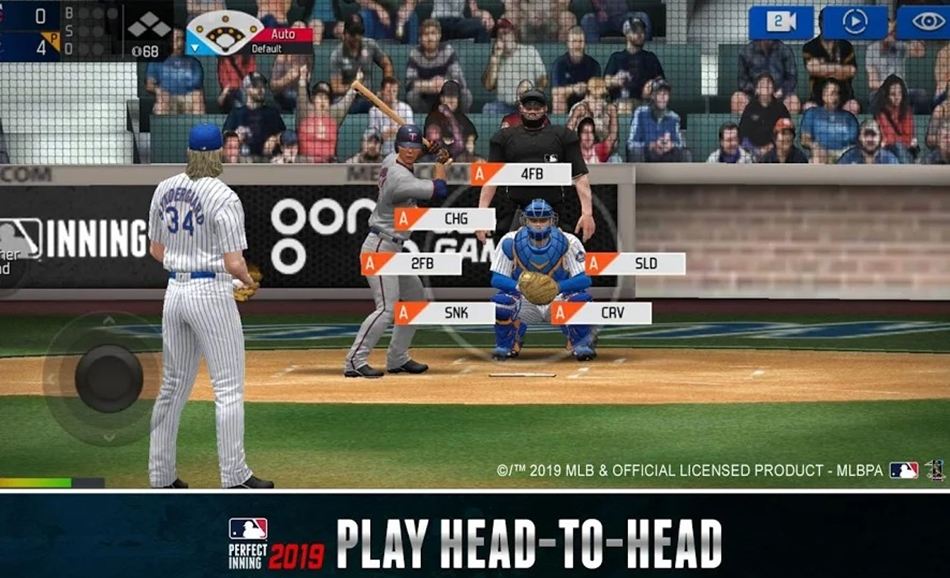 For those looking for slightly more realistic baseball games, MLB Perfect Inning 2019 is the game to try out. The game is officially licensed by Major League Baseball. And it features MLB’s most prominent players as well. Moreover, you can play in all 30 official ballparks. You can even compete against your friends with the Live Battle Action Play or you can rise to the top in the Season mode. Like most other baseball games on Android, you have to recruit players and build your fantasy baseball team. The controls to the game aren’t as easy as some other games on the list. However, it shouldn’t take more than a few minutes to adjust to the controls. 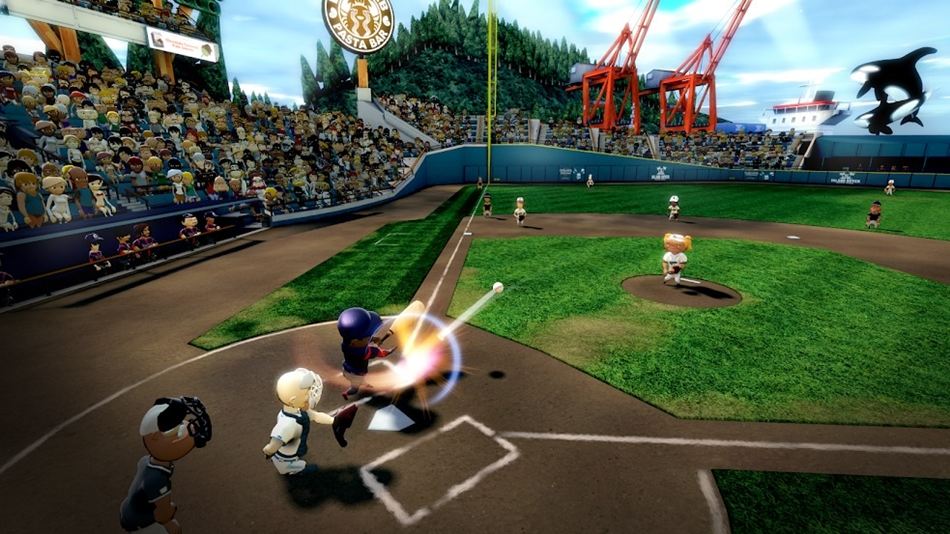 If you’ve got the NVIDIA SHIELD, then Super Mega Baseball is easily one of the best baseball games to play. The game has much better graphics than other games on the list. The physics and mechanics of the game are also excellent. What’s even more interesting is that you have fine control over the difficulty level. Thus, you can find your sweet spot without finding the game either too easy or too difficult. The only downside to the game is its fairly high price and that it’s only available for the NVIDIA SHIELD. Nonetheless, if you’re looking for the best baseball game on Android, then this is it. 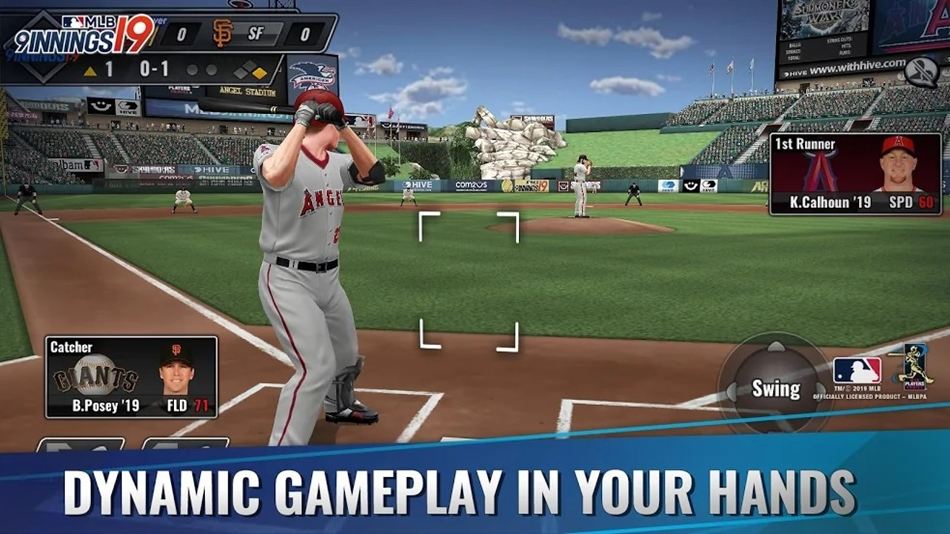 Here’s another game that’s officially licensed by Major League Baseball. At the time of writing the post, MLB 9 Innings 19 features the latest player stats and from this year. Additionally, you can play in the 30 official ballparks which look exactly like the real deal. The graphics and mechanics of the game are fairly decent and the controls are easy to master. There are also a few different game modes to play to keep things feeling fresh. Moreover, you can participate in special events that are added regularly to the game. Since it’s one of the few officially licensed baseball games on Android, you even get stats on all 1,700 players from 30 teams. 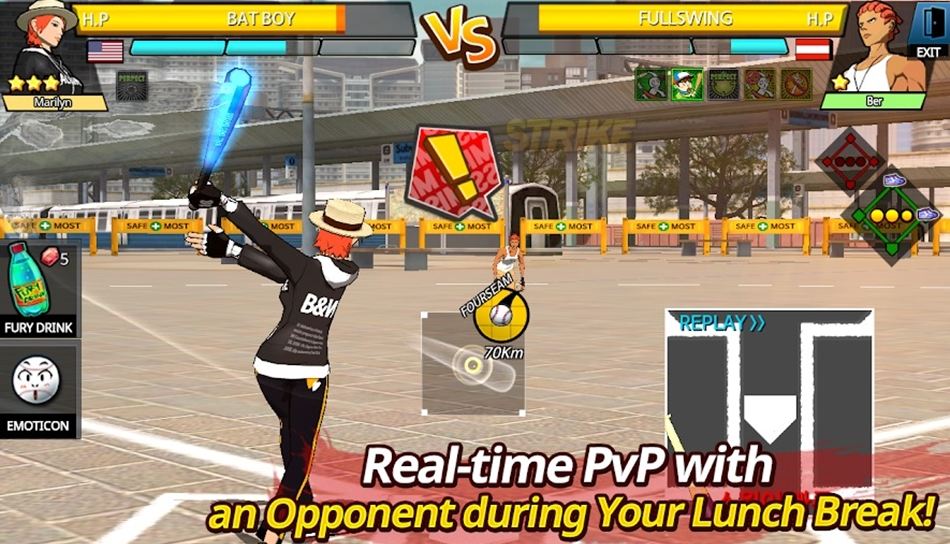 This is one of the most unique baseball games on Android. The cartoon-ish character details paired with great graphics make the game a lot more enjoyable than other baseball games on mobile. FreeStyle Baseball lets you play the game on the street, ballparks, pyramids, and the subway. The controls of the game are simple and easy to learn. You can compete with other players by participating in PvP matches. FreeStyle Baseball is a freemium game and has a bunch of items you can pay to unlock.

Bottom of the 9th 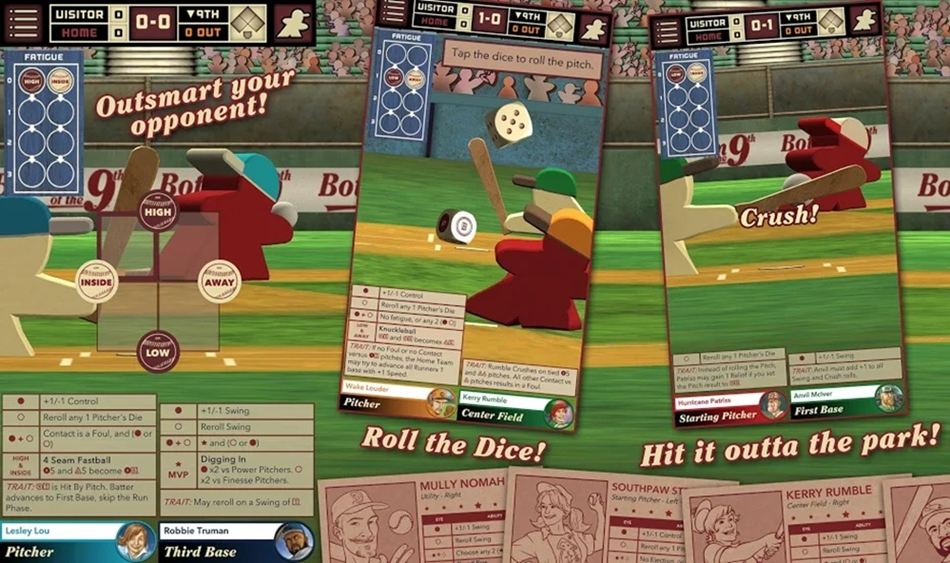 Board games and sports games are completely opposite games. However, Bottom of the 9th is one of the best baseball board games on Android. The game lets you play against other real players in ranked or casual matches. But you can also play against a computer opponent with 3 difficulty levels to choose from. Each character in the game has their own special abilities which you can use to your advantage. Bottom of the 9th can be downloaded for a reasonably low price. Additionally, there are no in-app purchases or advertisements. Therefore, we can easily recommend the game anyone looking for a baseball board game.

These are the best baseball games currently available on the Google Play Store. Let us know which game would you play in the comments below.

Read next: 5 Best Football Games for Android You Must Play