How to Use Google Chrome Malware Scanner & Cleanup Tool

Google Chrome is the world’s most used browser by a huge margin. It wouldn’t be wrong to say it has a monopoly considering it owns over 64% of the desktop browser space. Every other browser that you know, or don’t know of, settles somewhere in the remaining space. Windows is similarly the undisputed king among desktop operating systems in terms of popularity. Popularity also brings some troubles. Most malicious apps out there are targetting Windows, and also Chrome. If you’re not careful, you’re bound to have installed malware on your PC sometime in the past. Such malware is bundled with genuine apps and also install Chrome extensions, change your homepage, etc. Chrome Malware Scanner & Cleanup Tool can help.

The Chrome Malware Scanner & Cleanup Tool has been available for a long time but as a separate, downloadable tool. Since October 2017, Google decided to inject it right into the browser. So maybe you had no idea, but Chrome has been scanning all the files on your computer. Given Google’s reputation and the recent Facebook Cambridge Analytica scandal, this may raise some alarm bells. Chrome uses software from cybersecurity and antivirus company ESET.

It scans your Windows PC for malware that targets the Chrome browser itself. If it finds something suspicious, Chrome will ask your permission to remove it. The browser also collects some system information and metadata about the location of the malware. You can opt-out of sending this data to Google, so there’s nothing shady going on here.

From a blog post announcing the software back in October 2017:

We worked with IT security company ESET to combine their detection engine with Chrome’s sandbox technology. We can now detect and remove more unwanted software than ever before, meaning more people can benefit from Chrome Cleanup. Note this new sandboxed engine is not a general-purpose antivirus—it only removes software that doesn’t comply with our unwanted software policy.

Google Chrome security officer Justin Schuh explained on Twitter, the tool’s “sole purpose is to detect and remove unwanted software manipulating Chrome.” Moreover, he added, the tool only runs weekly, it only has normal user privileges (meaning it can’t go too deep into the system), is “sandboxed” (meaning its code is isolated from other programs), and users have to explicitly click on that box screenshotted above to remove the files and “clean up.”

Even though Google says it is not looking at the photos stored on your computer, the lack of consent does sound concerning. Chrome never asks a user whether he wants to allow the browser to scan files on their computer. If you’re fine with it though the tool can be pretty handy. While it does periodically run in the background, you can also manually run it. 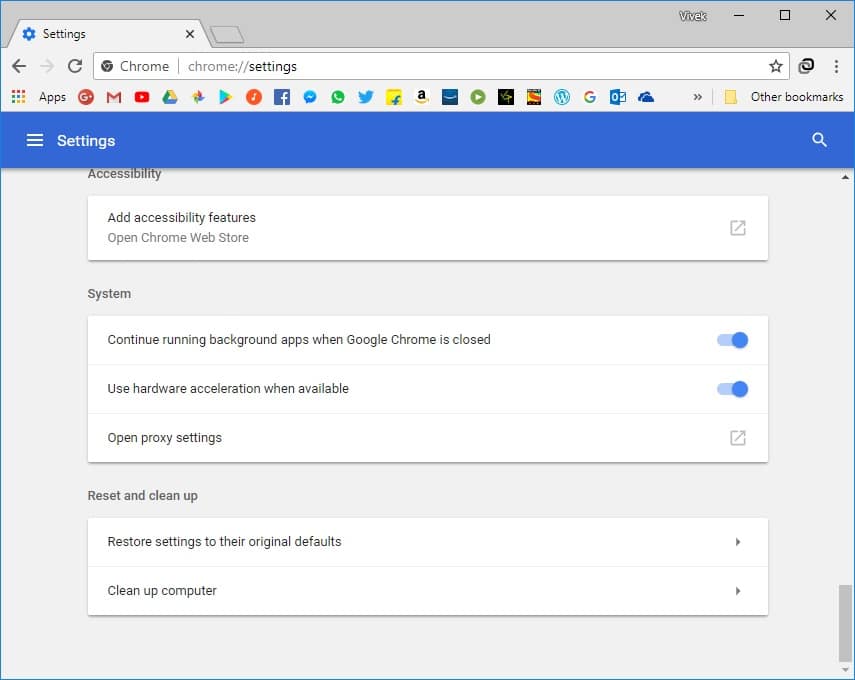 Launch Google Chrome on your Windows PC, and enter chrome://settings/cleanup in the URL bar. The scanning starts as soon as you press enter. Alternatively, you can go to Settings > Advanced Settings and then scroll down to find Clean up computer under Reset and cleanup. Click on it to start the scanning. 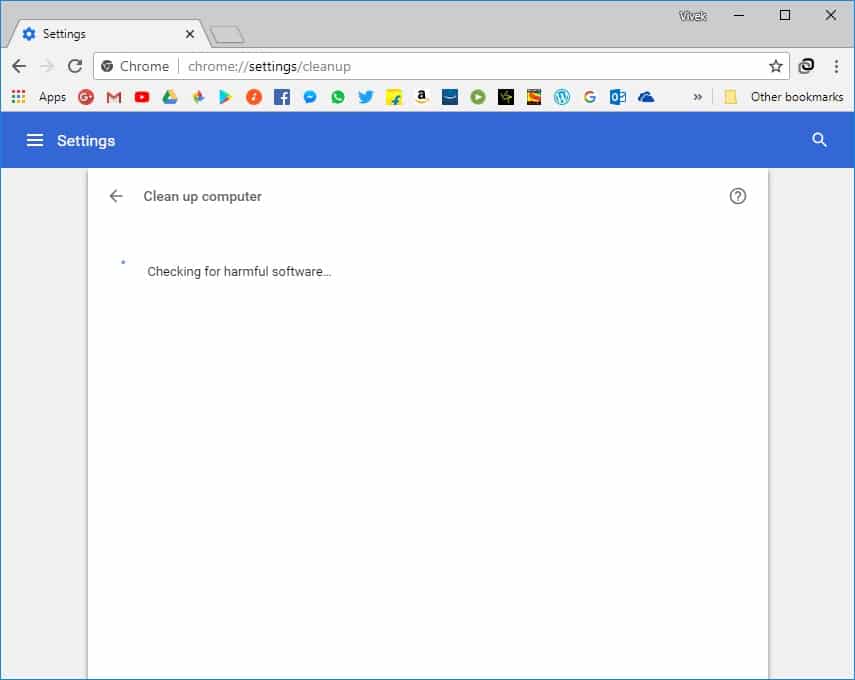 This tool will help you in the following cases when:

If you want to download PDF files using the Chrome browser, we have a few simple tips for you.