How to Type Indian Rupee Symbol on Ubuntu Keyboard

In this rather simple tutorial, we’ll show you how to type the Indian rupee symbol on Ubuntu with your keyboard. The tutorial below has been written for Ubuntu 18.04 onwards. However, it should also work for any newer or older versions of Ubuntu. This method can also be applied to other Linux distros or even other operating systems. The process to get to the keyboard settings can, of course, greatly differ.

The Government of India unveiled a symbol for the Indian currency, the rupee, in 2010. The Unicode character U+20B9, ₹, is an intelligently, creatively crafter symbol for the rupee. It looks like a half R, for the rupee, but it’s also a lot more similar to the Hindi equivalent of the letter R (र). Over the years, the ₹ sign has started appearing on several keyboards as well, both in India and internationally. It’s usually placed on the key 4 right along with the $ sign.

How to type Indian rupee symbol in Ubuntu

Many will find this does nothing on their Ubuntu machines though. In that case, you need to change a few things first.

In order to be able to type the ₹ symbol, on any OS or Linux distro, you need to be using the English India keyboard with the ₹ symbol. Don’t worry, you won’t need to buy a new keyboard. You don’t even need to have the ₹ symbol printed on the number 4 key of your keyboard. Neither do you need a keyboard manufactured after 2010. All you need to do is change the keyboard layout of the operating system.

In Ubuntu GNOME, hit the Window key or just get to the Activities overview screen and type Settings then launch the Settings app. 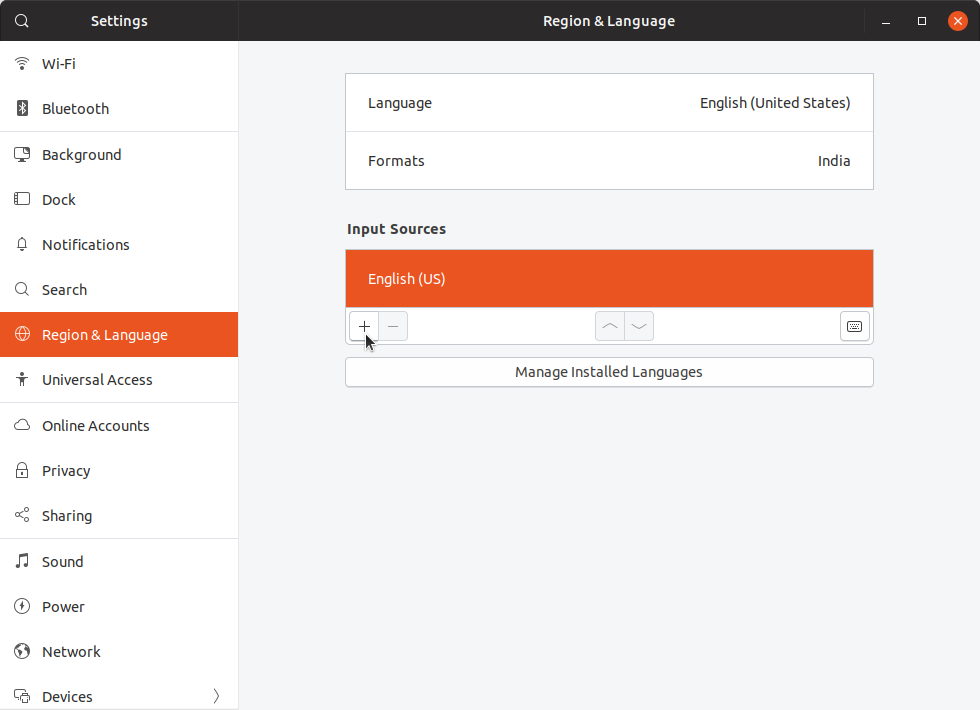 On the left column, click on the entry that says Region & Language. On the right side, you will see all the active keyboard layouts under Input Sources. 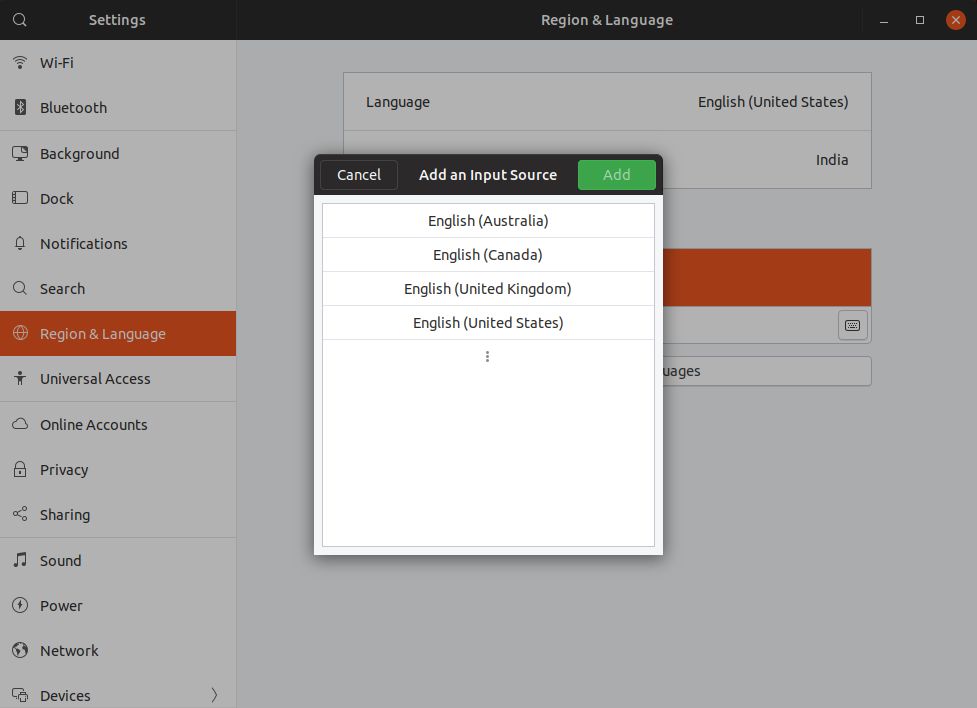 Under that, click the + button then click on the vertical three-dot button at the bottom of the pop-up window that appears. 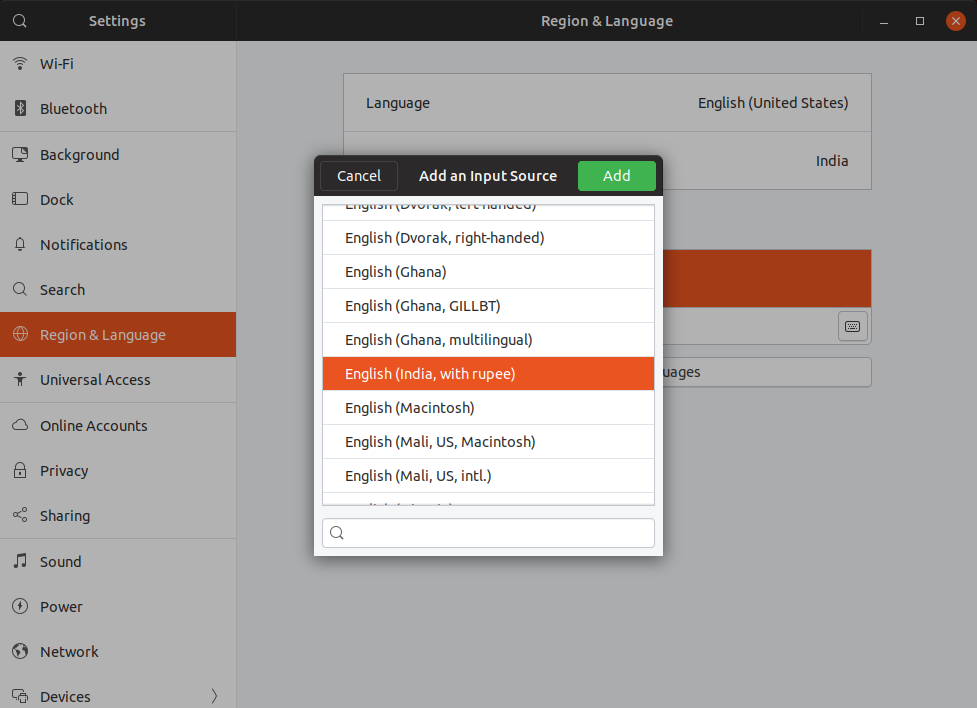 Must read: 10 Google Chrome Keyboard Shortcuts Every User Should Know 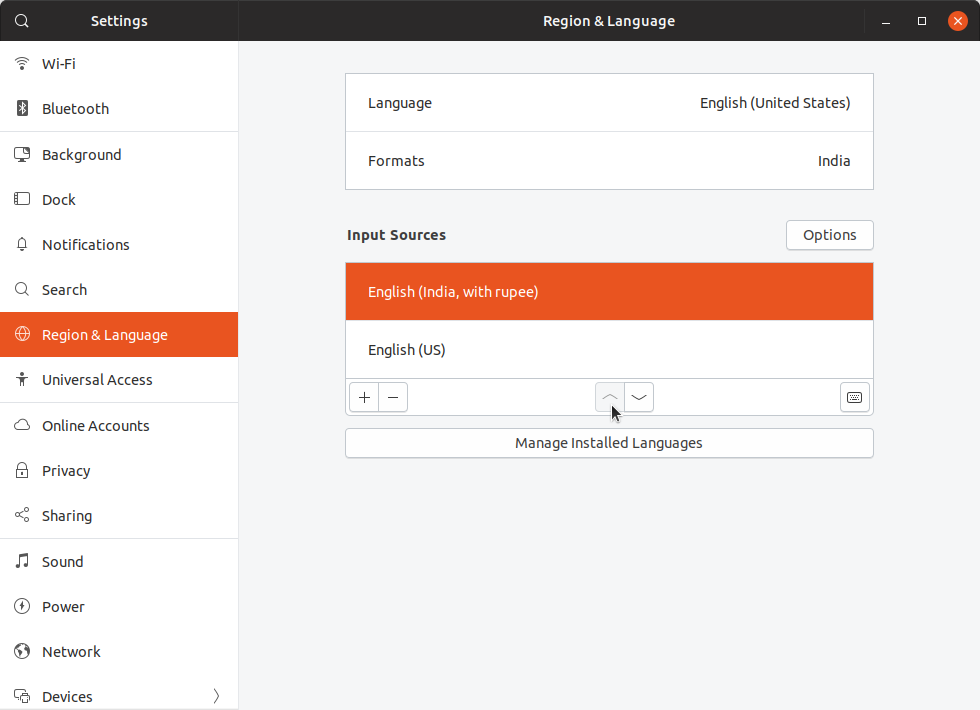 The changes are applied immediately but sometimes you may have to log out or even reboot for the changes to take effect. Note that typing the ₹ symbol does not require anything special from your physical keyboard. All that it needs from your physical keyboard is that the number 4 key and the AltGr keys are working. This will work even if your keyboard does not physically show the ₹ symbol on the key or shows it on the wrong key for some reason.

Read next: How to Record Screen as GIF in Ubuntu