How to Install Nvidia Graphics Card Drivers on Ubuntu 18.04

Linux is an open source kernel, atop which several operating systems are made known as Linux distributions. Some Linux distributions are based on top of other Linux distributions like Ubuntu is based on Debian. These are all open sourced software and thus use open source drivers as well. Hardware manufacturers, such as Nvidia use proprietary drivers for their products. Many of these don’t even provide drivers for Linux based operating systems. As a result, Linux uses its own community maintained drivers for hardware components such as Nvidia graphics cards. Nvidia does provide proprietary drivers for Linux systems though. We’ll show you how you can install Nvidia graphics card drivers on Ubuntu 18.04.

Just to be clear, even if you don’t install the proprietary Nvidia drivers, Ubuntu already uses the open source community maintained nouveau driver for your graphics card. This driver is included in the Linux kernel for Nvidia graphics card. However, this driver lacks 3D acceleration support and is thus not ideal. If you’re a gamer or a graphic designer, video editor, etc. you’ll probably benefit from using the proprietary Nvidia drivers. If you go to System Settings > Details, you’ll find the graphics card being used is the integrated graphics card, if you have one.

There are two ways you can install Nvidia graphics card drivers on Ubuntu 18.04. You can do this via the GUI, that is, using a software program where you click things, or the command line.

If you’re using Ubuntu with GNOME, you’ll have a Software & Updates app pre-installed. If you’re using one of the official Ubuntu flavors such as Kubuntu, you’ll need to install Software & Updates from Discover, or whatever Software center is installed on your system. Most of these desktop environments do provide other ways of doing this. For instance, KDE Plasma on Kubuntu lets you do this via the System settings. It will not be possible to cover each and every one of those methods though. Hence, we will use the Software & Updates app which is pre-installed on Ubuntu GNOME and can be installed on any other Ubuntu flavors as well.

You may also like: How to Use and Uninstall Emoji on Ubuntu 18.04

When your computer boots up again the Nvidia drivers will be active. You can check this by checking the system details again. 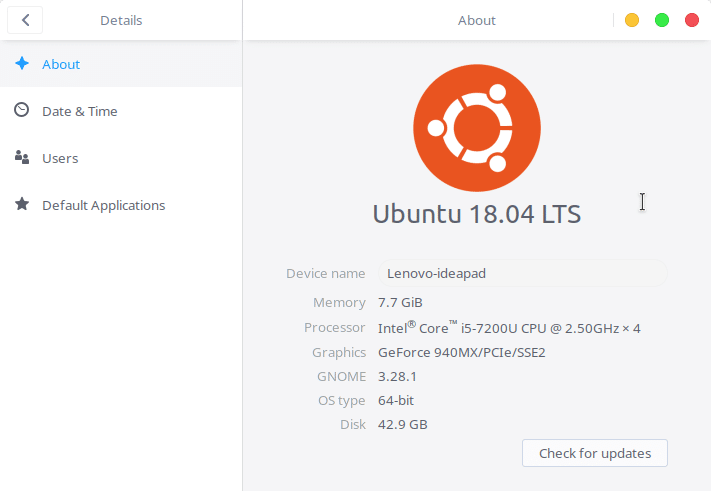 If you go to System Settings > Details now, you’ll notice that your Nvidia Graphics card is listed. You’ll also now have a Nvidia X Server Settings app installed on your computer. In case you wish to use the Intel Drivers to save power or for some other reasons, you can do so from here. Just head to PRIME Profiles and select your Intel card. 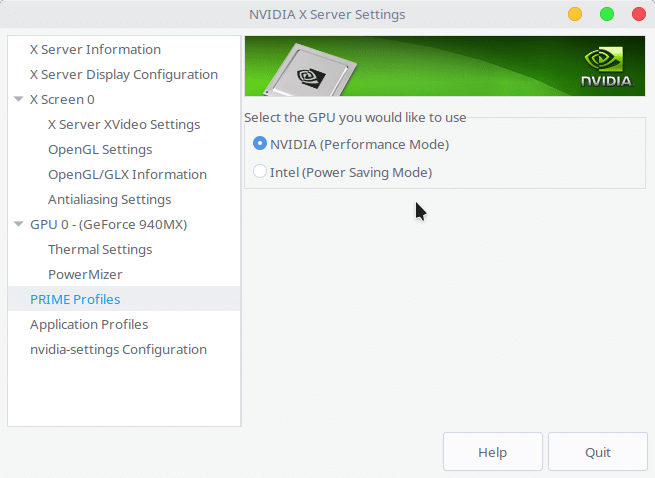 See also: How to Install Unity Desktop on Ubuntu 18.04