Teenagers these days might be overwhelmed with all the free communication services and Skype, to them, probably is something their grandfathers used. Skype is still pretty popular though and Microsoft, the company behind it is trying to keep it so. Skype is one of the few popular instant messaging and video calling apps available also on Linux. In recent years, Microsoft has also been updating Skype and adding new features, bringing it to more platforms. On Ubuntu, Skype is available via the official repositories, as a snap app, or a flatpak. You can install Skype on Ubuntu 18.04 using either of the three ways.

Snap is a universal packaging format for Linux from Canonical, the company behind Ubuntu. Linux is a free and open source operating system just like Android. Linux is also fragmented, to an extent. There are so many different Linux distributions each with its own packaging format that it gets tedious and confusing. Apps not available in the official stores can be installed via packages, but there are so many different kinds of them for different Linux distros. Snap aims to solve this fragmentation problem. Several Linux distributions that support Snap are Debian, Ubuntu, Linux Mint, Arch Linux, Fedora, OpenSUSE and even OpenWRT. 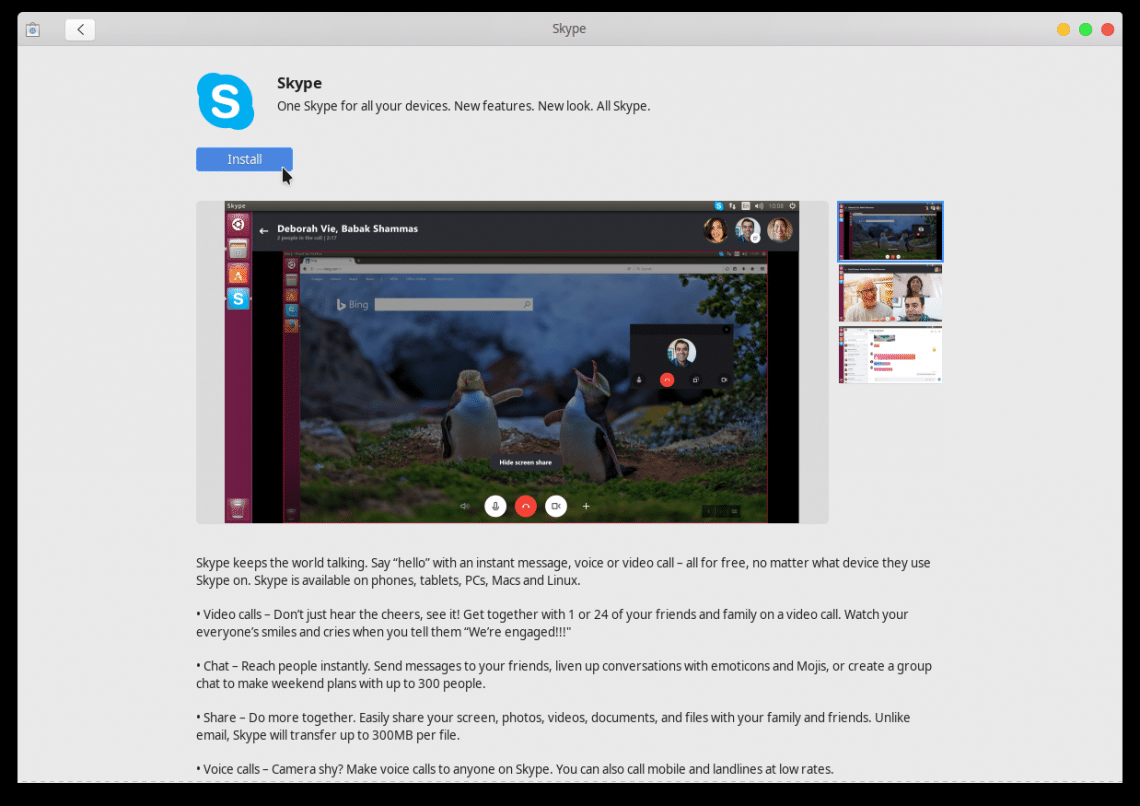 The Ubuntu software center, now GNOME Software, contains all the Snap packages available for Linux. Since Skype is also available as Snap, you can install it directly from the Software Center. Launch the Software Center, search for Skype, click on it and then click Install. Enter your password when asked and Skype will be downloaded and installed. Snap packages are automatically updated in the background

You may also like: How to Install Unity Desktop on Ubuntu 18.04

Install Skype on Ubuntu 18.04 from the official repositories

For this, you’ll need to add Skype Linux client repository to your system. You can do this by launching the Terminal and entering the following command. You will need to enter your password.

Next, you’ll need to fetch and install the Skype public key so that the APT package manager can verify the integrity of downloaded packages from this repo. To do this, use these two commands in succession.

Since this repository is using HTTPS protocol, you also need to install the packageapt-transport-https.

Now that that’s out the way, update the software source and install the packageskypeforlinux, which is around 69 MB of size. This can be done using these two commands.

The last command above will install Skype and you can then launch it application menu or the Terminal using the command below.

Fortunately, updating to a newer version of Skype does not require as many steps, instead just a couple of commands which can be entered at once. 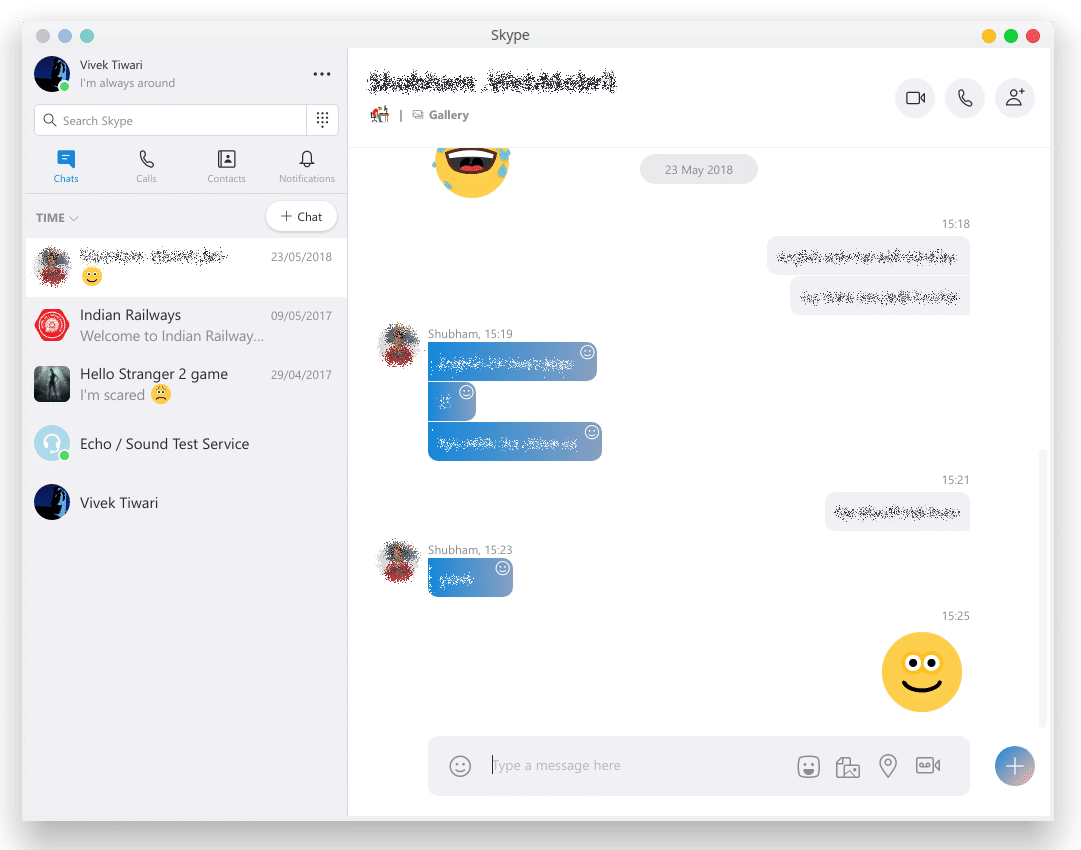 How to Install Skype on Ubuntu 18.04 from Flathub

Flathub is a software repository for flatpak packages. Flatpak is similar to Snap and aims to solve the same problem of fragmentation. It is developed by Fedora and is not supported on Ubuntu by default. We’ve previously discussed Flatpak and how to install it, and Flatpak packages on Ubuntu. Since support for Flatpak is not built-in, you’ll need to first install flatpak. Launch Terminal and install Flatpak using the following command.

The above command installs support for Flatpak packages but you’ll still need to add the Flatpak repositories to your software sources. This can be done with the command given below.

Once that’s done, you are ready to install the Skype Flatpak package.

After installation, Skype can be launched from the application menu or with the following command in a Terminal.

If you’d like to uninstall the Skype Flatpak, you can use this command.

Recommended for you: How to Manage Users in Ubuntu 18.04