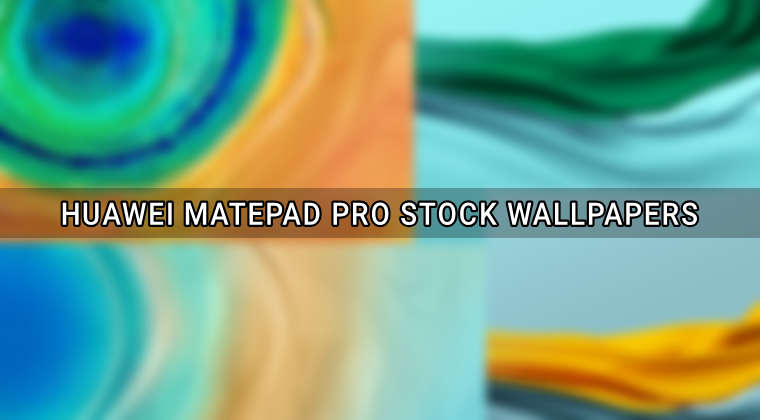 To take on the Apple iPad Pro, popular smartphone maker Huawei unveiled the MatePad Pro back in November 2019 in China. It is of no surprise that Huawei has always been heavily inspired by Apple, be it hardware or software for its products. Not only that, the inspiration also goes down to even the name of this new tablet i.e “MatePad Pro”. Speaking of which, today, we’ve got 4 Huawei MatePad Pro wallpapers in 2000 x 1600 px resolution. The aspect ratio of the wallpapers is 16:10.

To download the Huawei MatePad Pro wallpapers, just click the Google Drive link given below. Otherwise, browse through our wallpaper gallery. With that said, do not forget to take a tour of our collection of stock wallpapers.

Powering up the MatePad Pro is an in-house Kirin 990 flagship SoC. The graphics processor here is a Mali-G76 MP16. As for the RAM, there is a choice of either 6GB or 8GB. The available internal storage capacity options are 128GB and 256GB. With that said, the storage can be expanded via a proprietary Nano-Memory card.

Coming to visuals, the Huawei MatePad Pro equips a 10.8″ AMOLED display. Interestingly, the display is the punch-hole kind. The resolution and aspect ratio of the display is 256o x 1600 px and 16:10 respectively. The AMOLED panel has very minimal bezels. The Huawei MatePad Pro comes bundled with a Huawei M-Pen stylus that resembles the Apple Pencil, which again isn’t a surprise at all.

Upfront, we do have an 8MP selfie snapper. At the back is a 13MP single-camera setup. Both front and back cameras are able to record videos at a resolution of up to 1080p @ 30fps and 2160p @ 30fps respectively.

The juice pack built into the Huawei MatePad Pro is a 7,250mAh unit. Having said that, we get Huawei’s SuperCharge technology (40W). Wireless charging is also available at 15W along with reverse wireless charging rated at 7.5W. As for pricing, the MatePad Pro is available in China and costs $470 for the Wi-Fi only 6+128GB model. The LTE versions of the 6+128GB and 8+256GB will set you back $540 and $640 respectively. Worldwide availability is yet to be known and confirmed.

Connect with
I allow to create an account
When you login first time using a Social Login button, we collect your account public profile information shared by Social Login provider, based on your privacy settings. We also get your email address to automatically create an account for you in our website. Once your account is created, you'll be logged-in to this account.
DisagreeAgree