Most of us these days have multiple devices and unless you’re tightly caught up in Apple’s ecosystem, these devices pretty much refuse to work together as seamlessly as you would like. Efforts are being made to bridge this communication gap between devices. For instance, many mobile apps have been made for desktop computers so you can still use them when you’re away from your phone. Messenger apps are the most common among those such as Viber, Telegram or WhatsApp. Many times though, app developers will simply release a web client or web app instead of a native desktop app. It’s easier for them since one web app works across all devices with a browser. These web apps don’t feel native though and do have their drawbacks. Nativefier on Linux can help create native Desktop apps from web apps on Windows, Mac OS, and Linux.

If you remember, we’ve previously done something similar, in fact, the same thing but with another tool. That tool was from Peppermint OS, a light-weight Linux distribution and was called Ice. We’ve seen a similar, albeit bloated tool for Windows 10 called Firework but there are plenty more. Unlike those other tools though, Nativefier does not provide you with a GUI. It is a CLI tool that creates native desktop apps from any website, just like Ice or Firework. The lack of GUI may be off-putting to those who don’t enjoy using the command line. On the other hand, it’s how many Linux users prefer simple apps like this to be.

Therefore, we wouldn’t call the lack of a GUI, a drawback but what is a drawback for Nativefier when compared to Ice is that you’ll have to install an additional package manager. It’s called NPM or Node.Js Package Manager. Nativefier itself is based on the Electron framework which is platform-independent. This makes Nativefier platform-independent as well. It can be used not only on Linux but also on Windows and Mac. Thus, websites converted into apps using Nativefier can also be used on any platform including Windows and Mac.

Installing Nativefier is as easy as copying and pasting some text from this page into a terminal window on your Linux computer. Specifically, the command listed below. You can also type it out if you fancy it. 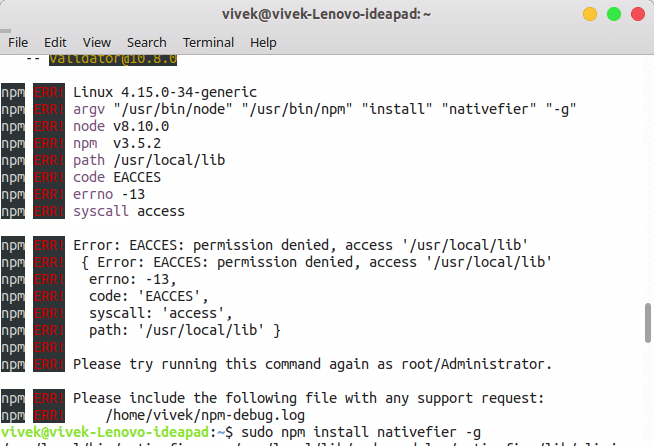 You may have to add sudo before the command or you’d get error messages like the ones I got. So the command that you have to use would be this:

Before you install Nativefier though, you should make sure you have npm installed on your computer as well. In case you don’t or aren’t sure, just enter the following command in a Terminal to install npm. If you already have it installed you’ll be told so.

Once you have Nativefier installed, creating native desktop apps using the CLI is probably easier than using a GUI tool would have been. All it takes is typing the url for the website after nativefier in the terminal. For instance, if you want to create a native desktop app for the android messages web client, all you have to do is enter the following command.

Similarly, to create a native WhatsApp client, use this command:

Nativefier also lets you name your application. To do this, the command will have to look something like this:

The above command will install the WhatsApp web app as a native app with the name “myWhatsApp”. The developer advises against using names with spaces on Linux. When an app is installed successfully, you will see its folder in your /Home folder on Linux. 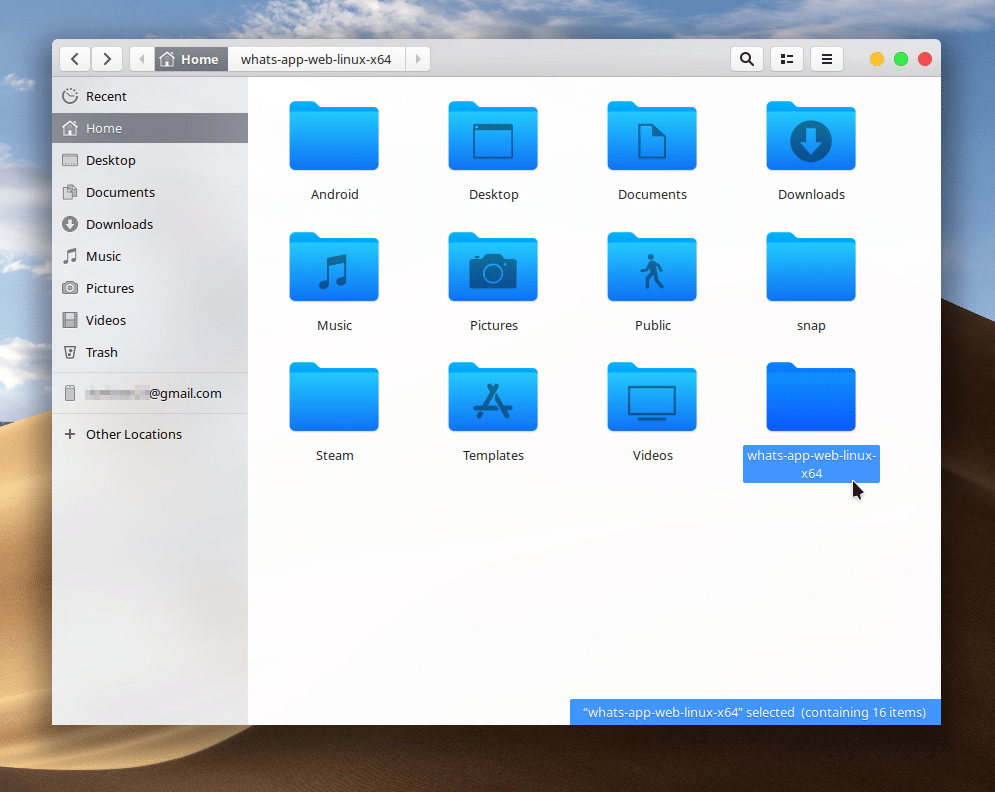 Inside this folder, you will find a bunch of other files and folders along with an executable file that you can double click to run and then pin to your favorite apps. Since every related file is contained within this separate folder, all you have to do to uninstall an app is delete the app folder. 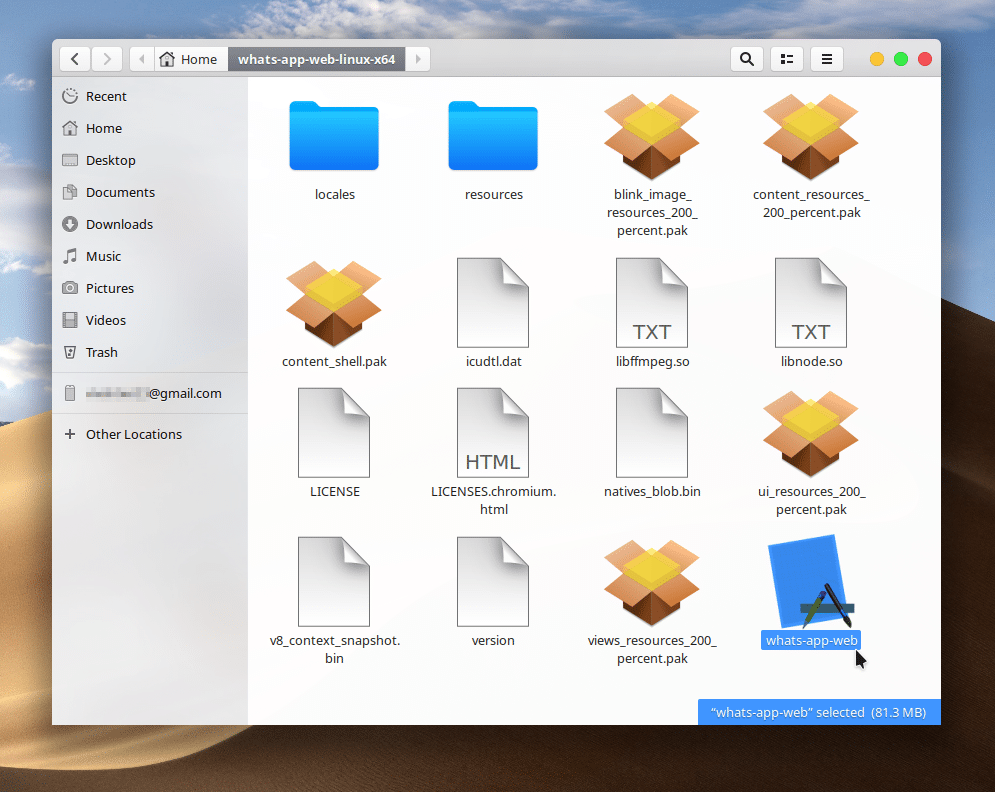 Read on: Get Correct Tags for Your Music Files with MusicBrainz Picard