Although some big-name software companies tend to stay away from Linux Desktop, Linux still has no lack of apps that can completely replace those. Whether it’s MS Office alternatives, Photoshop alternatives, or something else, Linux has plenty of good alternatives and for free. When it comes to task managing apps there’s plenty to choose from. In fact, there are so many To-Do list apps on Linux desktop you might even get confused. That’s why we have compiled a list of the 5 best To-Do list apps for Linux desktop.

To-Do list apps are one of the most abundantly available apps. This is because like a calculator or calendar app, the feature set is rather limited and there isn’t a lot to do. These are simple apps meant for simple things. But that doesn’t mean there aren’t bad and good To-Do list apps. Some can be too basic and stick with letting users organize themselves. Others could be packed with features such as calendar integrations or integration with your emails. You’ll find all kinds of apps on this small list. If you own an Android device, here are some of the best to-do list apps that you should try. 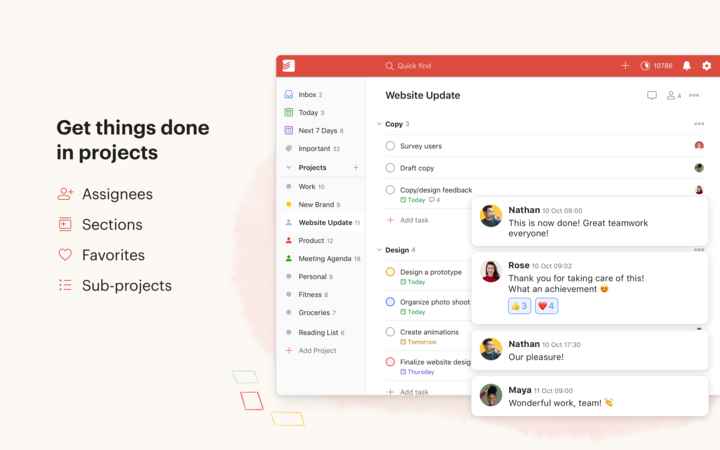 To start off the list is this freemium app that strikes a good balance between simplicity and functionality. The app looks clean and minimal with a lot of white space and enough padding around elements. It boasts of a feature set that includes task delegation, productivity visualizations, Todoist boards, progress reports, and cloud backup. So, not only can users organize their tasks but also collaborate with others, such as their work colleagues.

Todist is available as a Snap package that can be installed on any distro with the following command.

If your system does not ship with snap built-in, check the Snap website to install it manually. 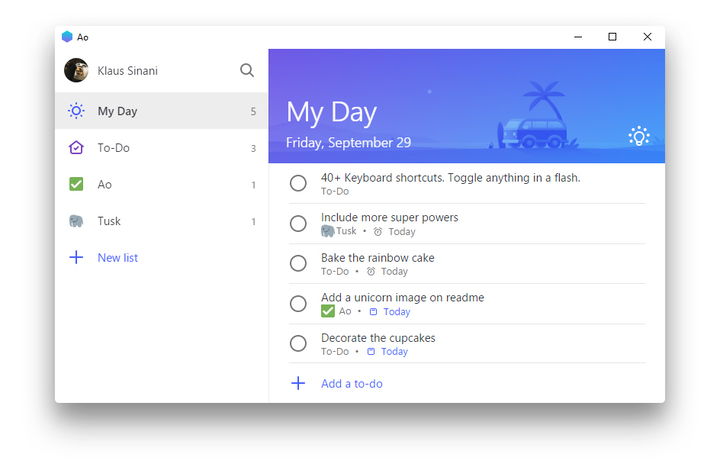 As mentioned in the beginning, some big-name companies tend to stay away from developing apps for Linux desktop. Some, like Microsoft, only develop apps for Linux when they really need to. That’s why apps like Skype and Microsoft Teams are available on Linux but not MS Office or even something as simple as Microsoft’s To-Do app. It’s basically Microsoft’s version of Wunderlist which was one of the best To-Do list apps, later acquired and then killed by Microsoft.

Ao is a wrapper for Microsoft’s online version of To-Do. It requires you to be online otherwise it won’t load. Naturally, to use it you’d also need a Microsoft account. The only reason it is on this list is that it makes the Microsoft To-Do app sort of available on Linux. Some of its features include black, dark, & sepia themes, automatic night mode, scalable interface, and desktop integration.

Ao can be installed from Snap using the following command.

You can also find distro-specific packages of Ao at GitHub for Arch, Red Hat, and Debian and distros based on them. 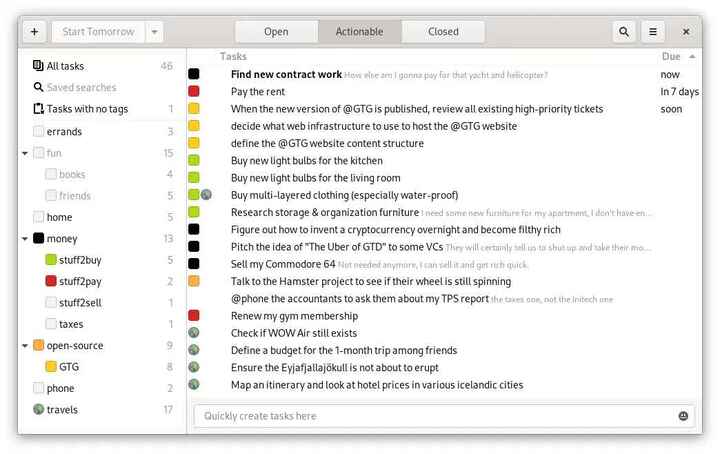 The app has seen an overhaul in design from when it used to be called GNOME To Do. Not only that it has also received new functionality such as the ability to open or create a task’s parent task. Other features include the ability to select and perform actions on multiple closed tasks, rename or delete tags by right-clicking on them, etc. With the tabbed interface, you can easily switch between Open, Actionable, and Closed tasks.

If you don’t already have the app, it is available as a Flatpak on Flathub. If this is the first you’re hearing of Flaptaks, here is how to install and use Flatpak on Ubuntu. 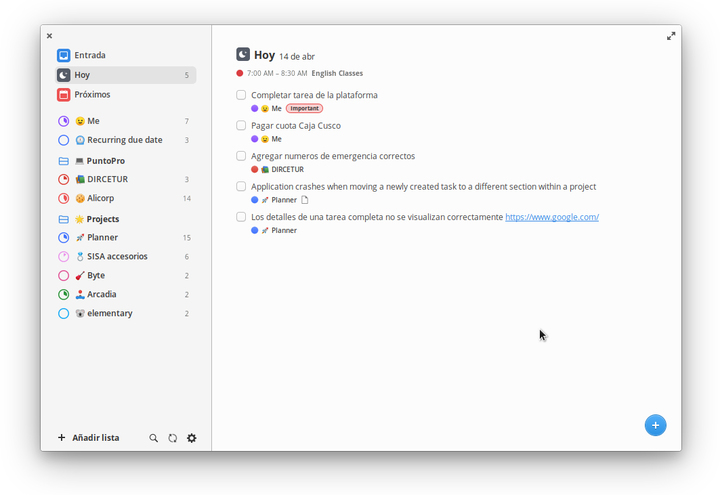 Planner is one of the most beautiful and robust projects or tasks list apps on Linux or any platform. It’s designed for elementary OS, so it’s not surprising that it prioritizes appearances. It allows you to add emojis to task lists in order to make a bit more fun and lively. The functionality is rather basic, like most elementary apps. It does allow you to add repeating tasks, and create separate folders or projects. The most advanced feature it has is the ability to sync with Todoist.

If you’re using elementary OS, you can find the app in the app center. For other Linux distros, there’s a Flatpak package available on Flathub. If this is the first you’re hearing of Flatpak, here is how to install and use Flatpak on Ubuntu. 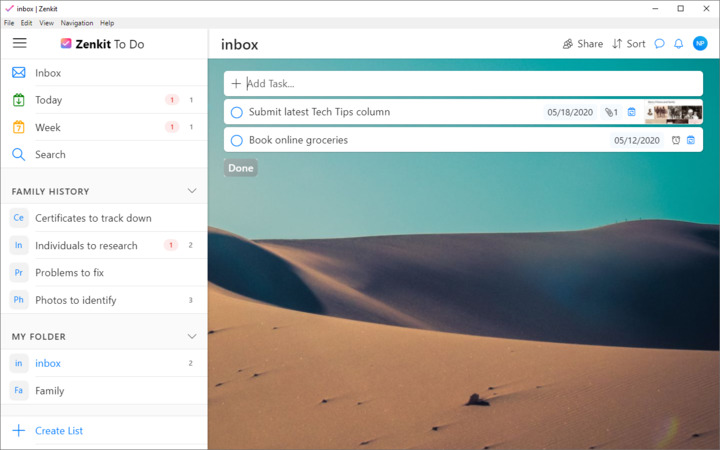 Zenkit ToDo is another tasks list app for Linux that follows a freemium revenue model. While it wasn’t designed specifically with Linux in mind, it still looks rather elegant. It is one of the most feature-packed To-Do list apps available on Linux. Not only you can organize tasks but also meetings, ideas, notes, events, shopping lists, and trips. It’s a complete package and might even replace your notes app. The smart lists feature automatically organizes tasks by date and time. Other features include team collaboration, comments, reminders, recurring tasks, etc.

Zenkit ToDo has native packages available for all major Linux distros as well as a snap package. The app is also available on Windows, macOS, Android, and iOS.