Microsoft’s desktop operating system is on an exciting path these days. Windows has never been gaining new features as fast as it is with Windows 10. It seems the software giant has finally woken up from its slumber. Windows 10 has brought countless new features and changed just as much without changing too much. Yet, when it comes to the Windows File Explorer, All Microsoft has managed to do is change its name a few times and add a ribbon bar that’s kind of useful, at times. Meanwhile, the world has moved on and so have the explorers on alternative operating systems. Even third-party Windows File Explorer alternatives are way ahead, in terms of features at least.

Most people won’t find much fault with the default Windows file explorer, it is simple to use and gets the job done. But if you’re a power user, or even if you’ve used the other options out there, you’d know what I’m talking about. Even in the past, there have been so many times when Windows explorer crashed while copying files, thus aborting the entire process. This has luckily never happened on Windows 10 for me. While these Windows File Explorer alternatives may not integrate as well with the system, they can certainly be your default file explorer. Before you scroll down, however, learn the easiest ways to disbale auto-refress in in Windows Explorer. 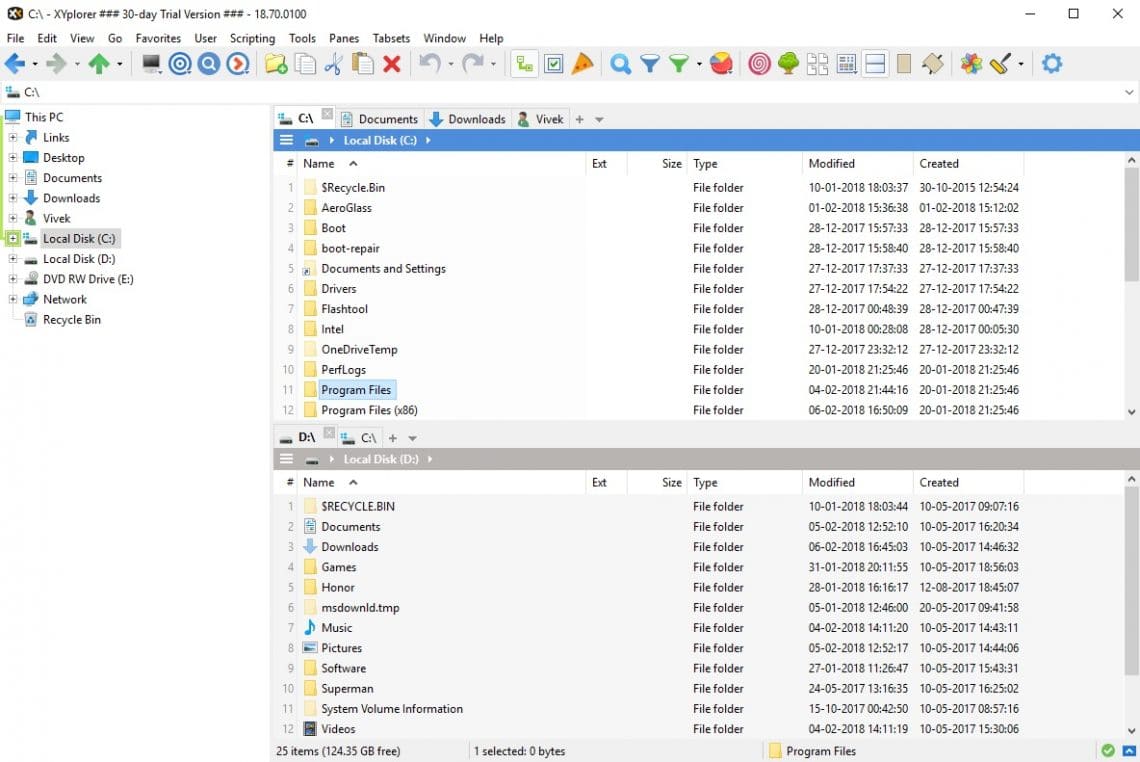 XYplorer is a premium alternative to the default windows explorer, and it is probably the very best. It comes from a time when portable software was a thing gaining traction. Yes, XYplorer is portable which means you don’t have to worry about it not being there on other computers. You can simply place it on your flash drive and carry it around. Apart from the loads and loads of features that you’ll probably take a week to discover, there are some obvious, very useful ones.

I absolutely love the dual-pane design and it also includes tabs for both these panes. It is the best file explorer I have ever used regardless of the OS. I haven’t used something as good even on Linux. Some of its advanced features are supported for custom scripts and customizable fonts and colors, and secondary sorting. There’s a free 30-day trial available before you decide you’re ready to pay. 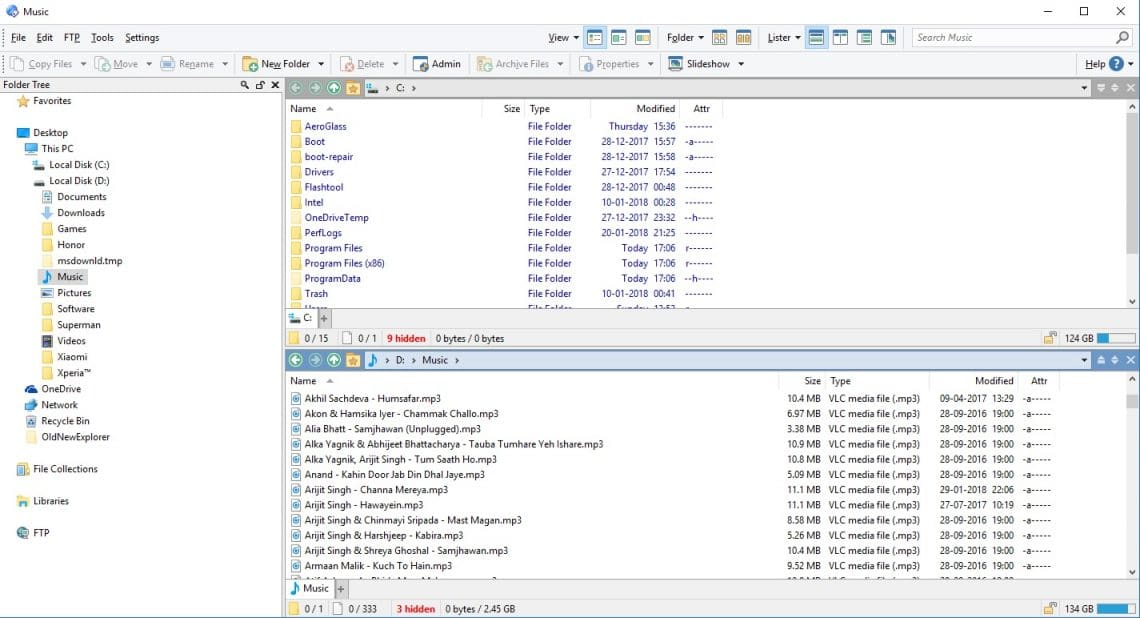 This is another premium alternative but it could possibly leave you frustrated. Directory Opus might look similar to XYplorer with the dual-pane tabbed design, but it is also quite different. XYplorer borrows from the Windows explorer design and builds atop it, whereas Directory Opus introduces its own design choices. This results in a steeper learning curve but once you get familiar, it does offer a lot. Features include but are not limited to synchronizing files and finding duplicates, scripting capabilities, graphics that allow you to flag and checkmark files, and a customizable status bar.

You might also want to read up before clicking next on the quick set up wizard that appears when you run it the first time. There is also a lite version of Directory Opus because the original version can take up to 100MB after installation. The lite version costs about $40 while the full version is $70 after a 60-day free trial. 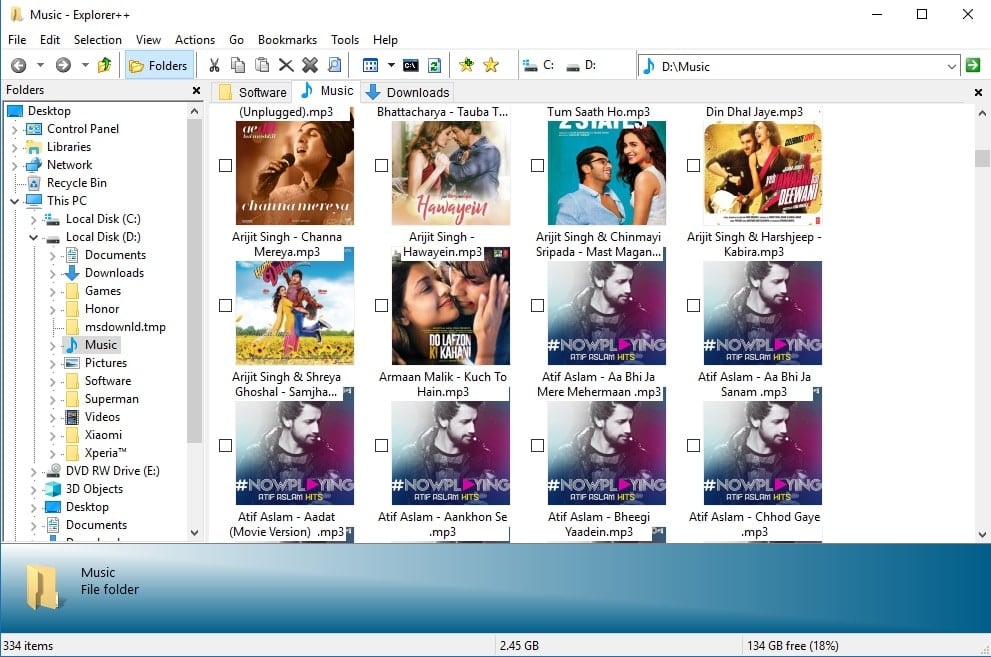 Explorer++ is not exactly one of the best Windows file explorer alternatives but it is if you’re looking for a free one. Unlike the two above, and various other better alternatives, Explorer++ is completely free. There are no licenses, or trials, or anything that requires you to pay. It is completely free and open-source software as well.  This means the community can keep the software alive as long as it wants and you don’t have to worry about support. Explorer++ is a very simple alternative if all you want is a slightly better Windows Explorer.  It does not come with all the advanced features from the above two choices that you may never use.

Instead, it focuses on the simple and glaring omissions from the default Windows explorer that should’ve been there. It’s basically a more functional Windows explorer and it also needs no installation. The look, however, is pretty dated but that’s true for any alternative file explorer.

If there are lots of junk files on your computer, there’s a smart way to get rid of those files automatically using Windows 10 Storage Sense.