How to Run Windows Programs on Mac and Linux

Apple’s macOS may have a thriving ecosystem of its own but when it comes to software, Windows is still the king. Today we’re going to see how you can run Windows programs on Mac and Linux.

Apple’s macOS has taken some of the desktop OS market share from Windows in recent years thanks to Windows development getting a bit stale and then confusing users with Windows 8. Even Windows 10 struggles with the same problems. It has legacy parts as old as Windows XP or even older, and then it keeps adding new features while also bringing the modern design to older parts. Despite the annoyances, it is still the most popular desktop OS and has the most thriving app ecosystem. MacOS may have one too but there are still some Windows programs that are exclusive.

Even Apple, which is often notorious about keeping everything within its ‘walled garden’ provides its users with a way to run Windows software on a Mac. So you know that this is a requirement for many users. Whether it’s Microsoft’s Visio Professional or some other Windows-exclusive software or PC games, there’s a lot of good stuff on the other side. Thankfully, there is more than one way for you to run Windows software on Linux. 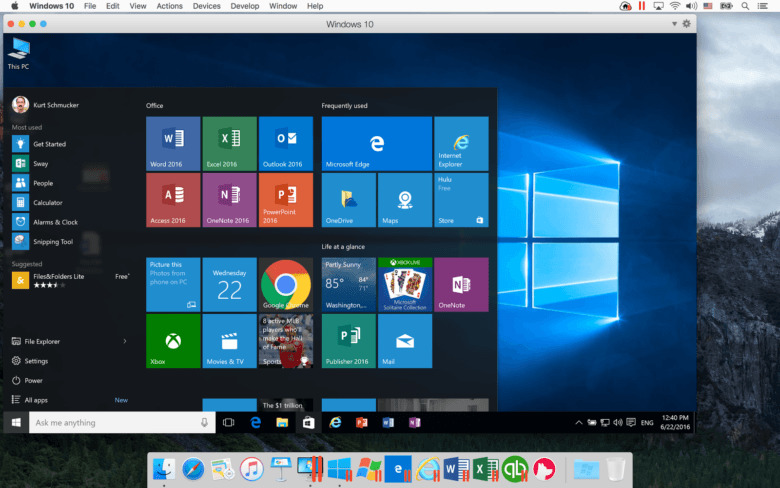 A Virtual Machine is often the best way to test another operating system before installing it on your system. Although, many users have been using them to run another operating system on their machine without actually installing it. You can do the same by installing Windows as a virtual machine on your Mac. This will allow you to run not only Windows apps but the entire OS within a window.  There is a big con attached to virtual machines though and it is performance. If you don’t plan to use Windows often and don’t want to use resource-heavy programs like an IDE or AAA games, only then can this kind of setup work.

How exactly you install Windows on a Virtual Machine will depend on the software you’re using. The most popular software for running Virtual machines is VirtualBox, but you can also use Parallels or VMWare Fusion which are Mac exclusives and specially made for the purpose. You can find specific instructions on how to set up a virtual machine on either of them on their websites or all over the internet. You’ll, of course, have to purchase Windows in order to use it. If you already have a product key you can download Windows installation media for free.

Apple’s Boot Camp allows users to install Windows alongside macOS on a MacBook or iMac. If you’ve ever run a dual-boot setup on a Windows machine before, this is very much like that. You can only boot into one OS at any given time so it’s either Windows or macOS. When you want to switch, you’ll have to reboot your computer. But what it gives you is a real OS instead of a virtual one. Since it isn’t running on top of another OS, this way, you’ll get much better performance on Windows. It’s ideal for those who plan to use Windows often or use it right. 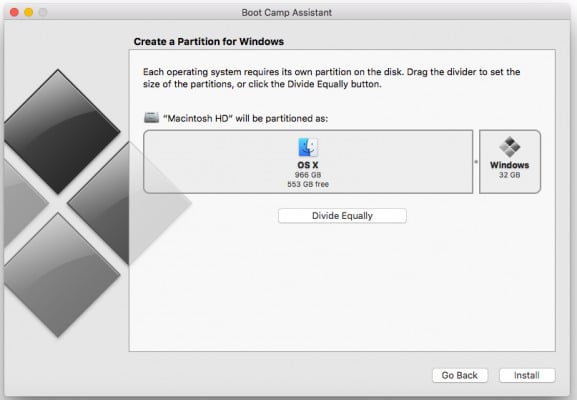 As far as your hardware supports it, you can even play games or run other software without much trouble. It’s basically like having a Windows machine with the same hardware as your Mac. The downside here is that you can’t have your Windows and Mac apps running side by side like you can with a Virtual Desktop.

You can continue to use your Mac while Boot Camp is doing its thing but things may slow down during the repartitioning phase. Once it is done, your Mac will eventually reboot and you’ll see the standard Windows installer. You can now proceed with installing Windows as you normally would on any other PC.

When you get to your Windows desktop for the first time, the Boot Camp installer will appear again and help you install the necessary drivers. 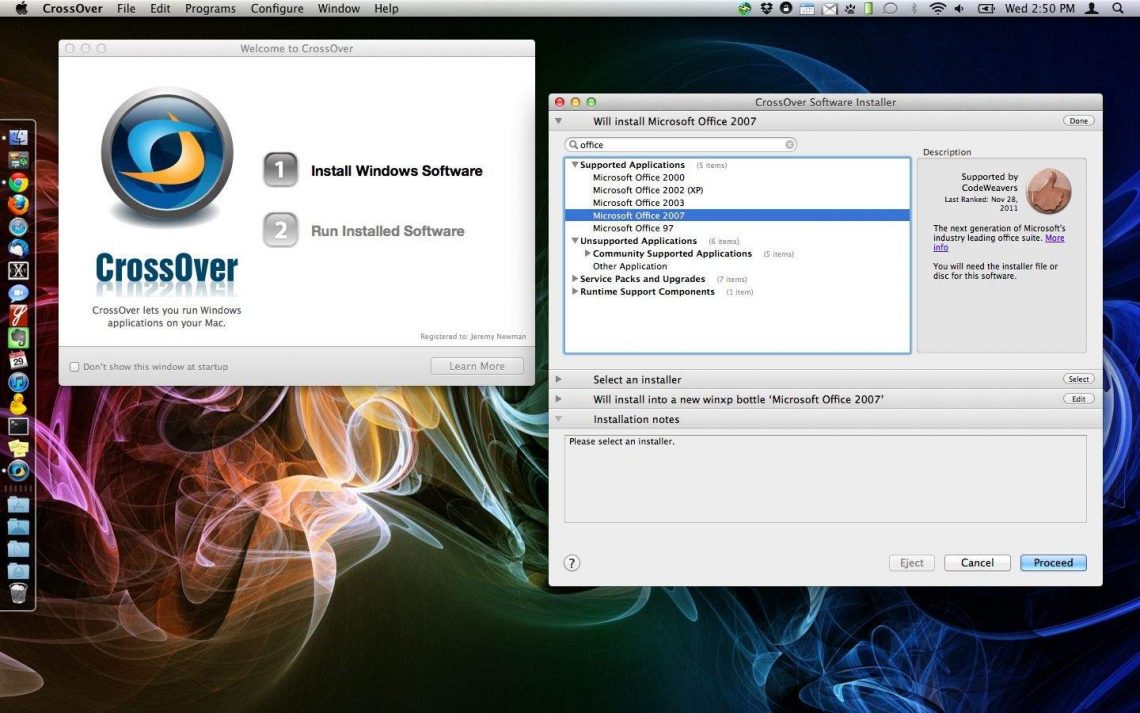 Another, and perhaps the best way to run Windows apps on a Mac is CodeWeavers’ CrossOver Mac. It’s a paid app but it lets you run Windows apps natively on your Mac, without a virtual machine. The performance is almost as good as a Mac app. You can run Mac and Windows apps side by side and you won’t have to install an entire operating system. It uses WINE, a free and open-source compatibility layer that aims to allow computer programs developed for Microsoft Windows to run on Unix-like operating systems including Linux and macOS.

However, CrossOver provides a nice graphical user interface and is a lot easier to handle and use than WINE. It focusses officially on supporting some of the popular programs. If an officially supported program doesn’t work, you can also contact the developers and have them make the software work for you. CrossOver is the best if what you want to run is on their list of supported software. If it’s not, you’re probably going to want a Virtual Machine because you can run any app with that.

Also, if you also want to play Windows games on your Mac, Boot Camp is still a lot better.

Read Next: How to Extract Messages and Voicemails from iOS