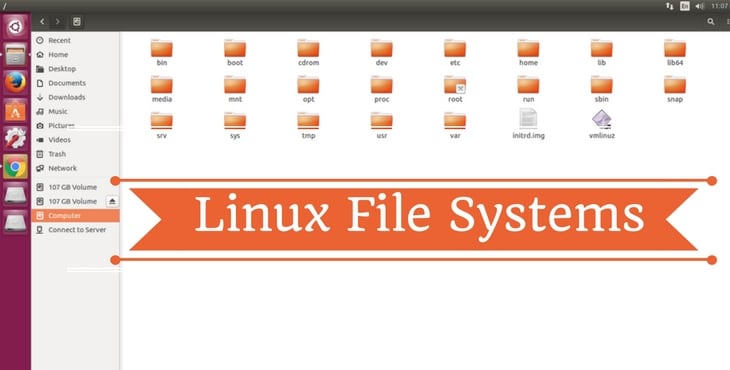 When you format partitions on your desktop based on Linux, you will get various file system option. Generally, most of you here will use Ext4 file system while formatting partitions, so here we are to tell you about the different file systems and the difference between each of them.

Our first advice is to use “Ext4”. But do remember that Ext4 advice only applies to Linux system partitions and other partitions which Linux can’t access. The thing to note here is you shouldn’t format external drives (like external hard disks, pen drives, etc.) with Ext4 if you want to share them with Windows and MacOS. This is because Windows and MacOS can’t read Ext4 file system. In such cases, you should use exFAT or FAT 32. Some other file systems available on Linux are Ext3, BtrFS, Ext2, ReiserFS, ZFS, XFS, JFS, FAT 16, and FAT 32. Here, we will discuss some of the main Linux File Systems:

Ext stands for “Extended File System”. Ext was first created for Linux in 1992 and then had 3 revisions called as Ext2, Ext3, and Ext4. Many file systems nowadays do not support Ext as it has become quite old. Coming to Ext2, when launched, it was the first file system to support extended file attributes and 2 TB drives. But the lack of Journal means it is no longer used as more advanced file systems like Ext3 and Ext4 are out there. Next came Ext3 which was basically just Ext2 with Journaling. Also, Ext3 was designed to be compatible backward with Ext2 allowing file types to be converted from Ext2 to Ext3 and vice-versa without formatting. But the best file system present out there is Ext4 and we advise you to use that. It is the default file system on most Linux machines. Ext4 is backward compatible with Ext3, Ext2, and Ext and has features like reduced file fragmentation and improved flash memory life.

Swap isn’t an actual file system. It is used as virtual memory and doesn’t have a file system architecture. It is an option which you see while formatting a drive but you can’t mount it to view its contents. In simple terms, “Swap” is used as space to temporarily store data which can’t be stored in RAM. Another use of Swap is for Hybernating.

Whenever you format a drive in Linux, you will get FAT as an option. These file systems are best for external USB drives as they don’t include a Journal. They are standard file systems that can be read and used by every operating system out there, thus making them the best option when formatting an external drive. Among FAT16, FAT32, and exFAT, exFAT is best as it supports file over 8 GB in size and partitions over 8 TB.

This was all about main file systems of Linux. For any queries, drop down a comment below.

How to Hide Files and Folders in Ubuntu

What’s the Difference Between NTFS, FAT32 and exFAT File Systems?