How to Hide Files and Folders in Ubuntu

These days, thanks to the Facebook scandal, people are talking about privacy a lot. Privacy is not something that you should only be concerned with online though. In fact, people are concerned about their offline privacy, even on their computers, but not online. Everyone or almost everyone does know, or at least at some point wanted to know how to hide files and folders on their computers. Almost everyone also has a Windows PC which, until the introduction of the ribbon bar in Windows 8, kept this basic function quite well hidden. Here’s how you can hide files and folders in Ubuntu.

How to hide files and folders in Ubuntu 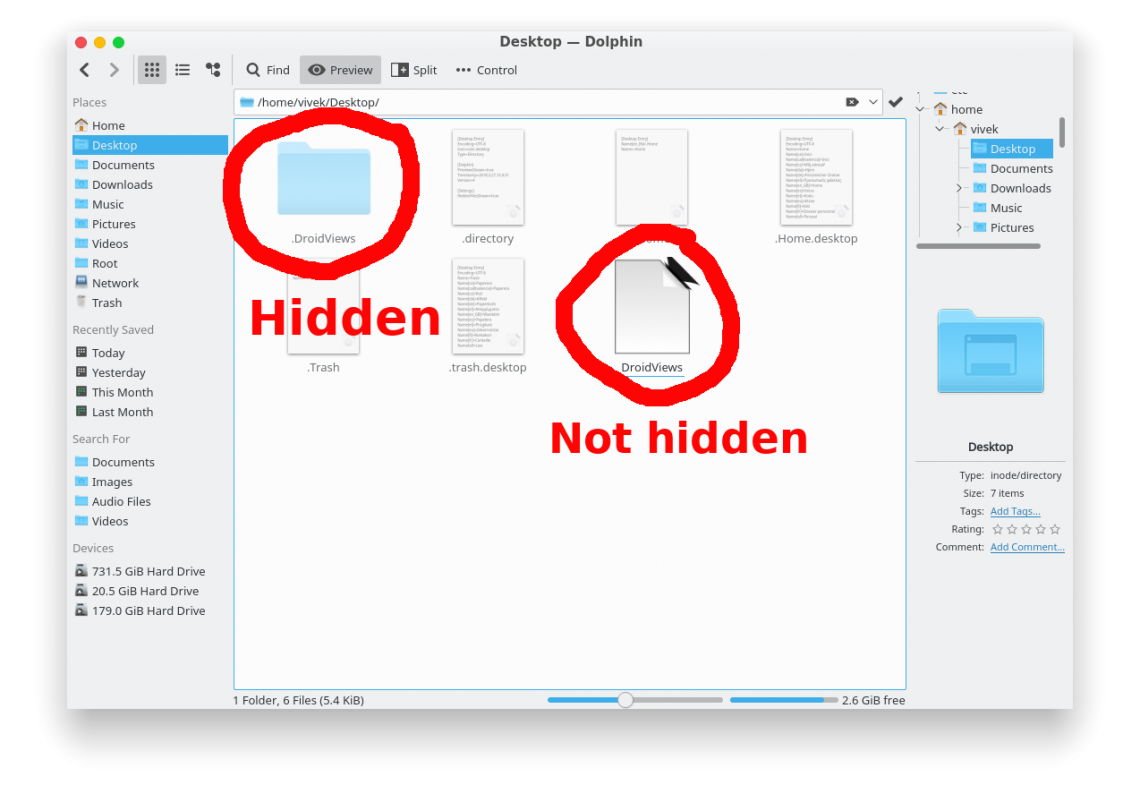 Hide Files and Folders in Ubuntu

In Ubuntu, the feature is still quite well hidden with the default file manager Nautilus. Although it does provide you with a simple keyboard shortcut to show or hide hidden files and folders. The process of hiding a file or folder is also much easier on Linux as a whole, not just in Ubuntu. To hide a file or a folder all you have to do is place a . (dot) before the name. For instance, if you want to hide a file named DroidViews all you have to do is rename it to .DroidViews. The file will immediately disappear as soon as you hit Enter to confirm the name. The process is quite similar for hiding folders.

How to show or hide hidden files and folders 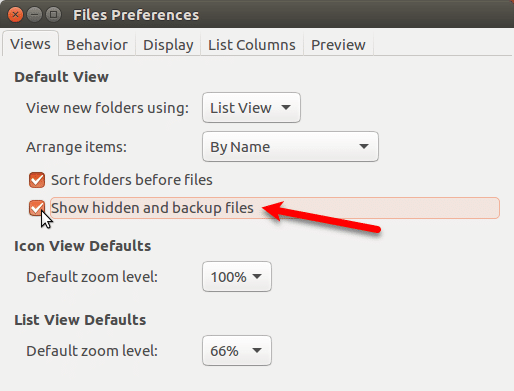 Depending on the file manager you are using this can be a little different. We will talk about Nautilus and Dolphin here because Nautilus is the most commonly used whereas Dolphin is the second most common file manager. Unless you went with a very specific flavor of Ubuntu called Kubuntu, you’re probably going to end up with Nautilus as the default file manager. To show hidden files in Nautilus, just go to Edit > Preferences and select the Views tab. Here, select Show hidden and backup files. You also have a much easier option which is to use a handy keyboard shortcut. Anytime you want to show hidden files press Ctrl+H on your keyboard. Press the same key combination again to hide the hidden files and folders again. 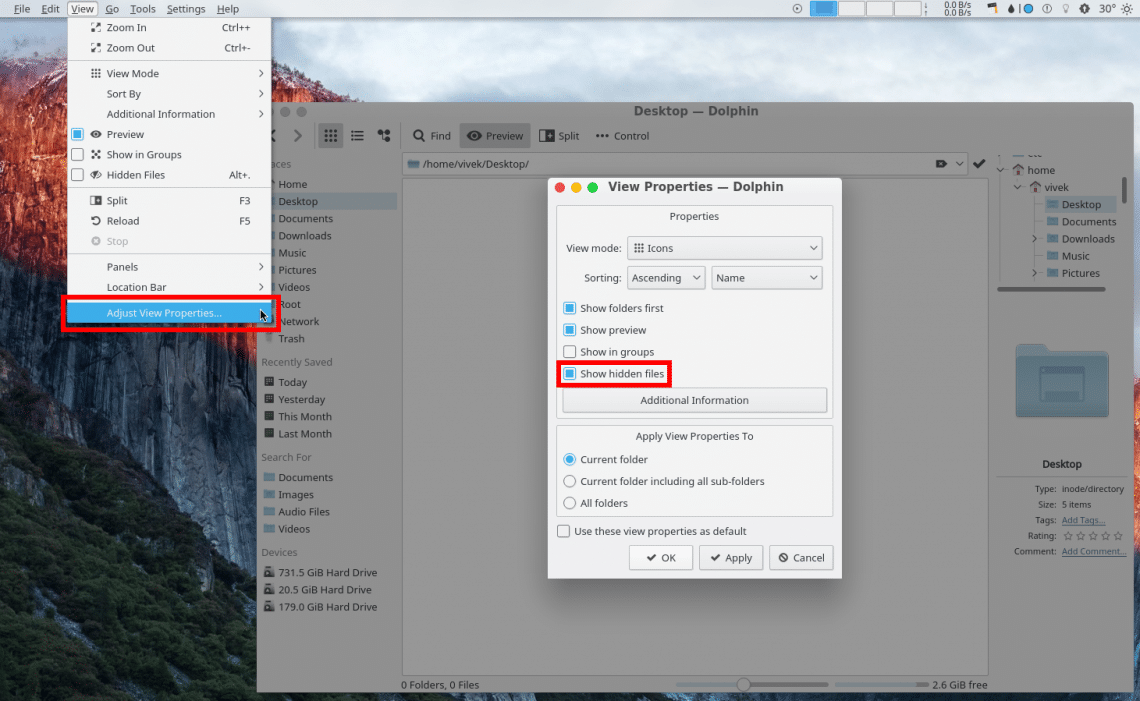 If you’re using Dolphin, things are similarly easy if not easier. If you have the menu bar enabled in Dolphin, go to View > Adjust View Properties… and select Show hidden files in the window that appears. If you don’t have it enabled, click Control > Adjust View Properties… and you will still have the same option. A quicker and easier way would be to use the keyboard shortcut Alt+. (dot).

Don’t miss: How to Restart KDE Plasma Desktop without Rebooting

How to hide files and folders in a password protected archive 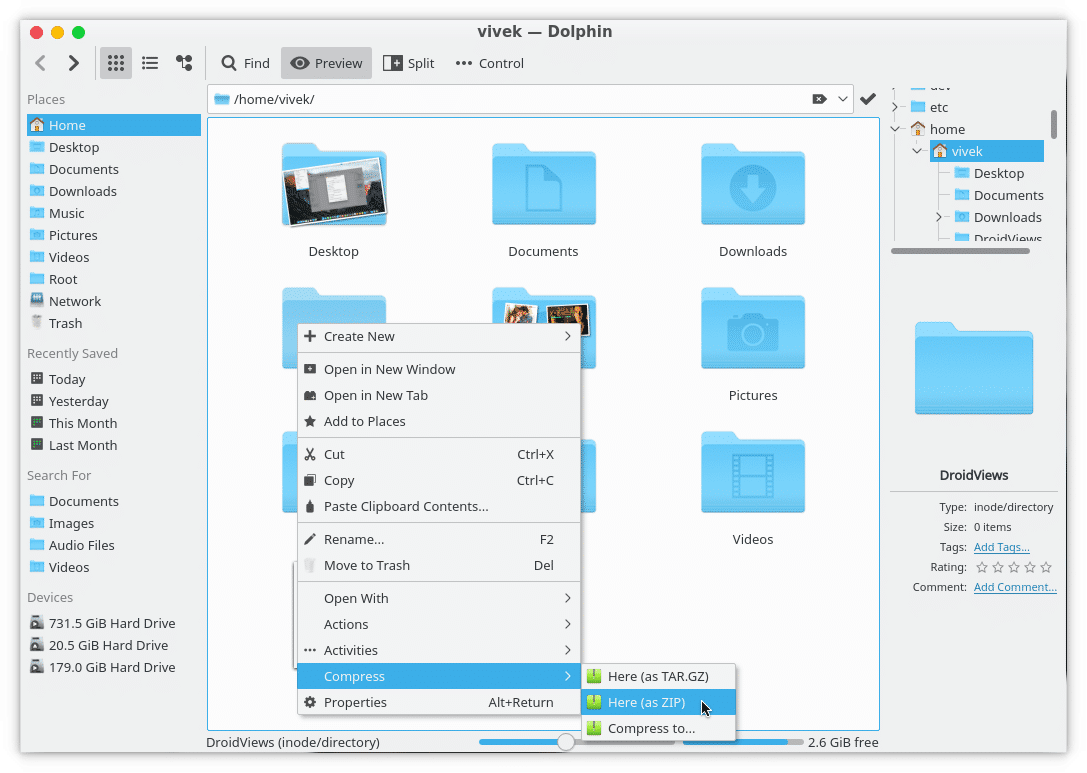 Hiding files and folders as mentioned above is okay and many times you won’t need any further complicated methods. Most users aren’t used to Linux and probably won’t be able to unhide your files and folders unless they are tech savvy. If you have some tech-savvy friends or family members you might want to protect your files with a password instead. Doing this is easier on Linux because you don’t have to install any third-party applications for this. Simply right-click on the folder or file and select Compress… if you’re using Nautilus. In the pop-up window that opens up, expand Other options and you will have a password field where you can enter the password. When you’re done, click on the Create button.

On Dolphin, you need to select Compress > Compress to… which will open a pop-up window. 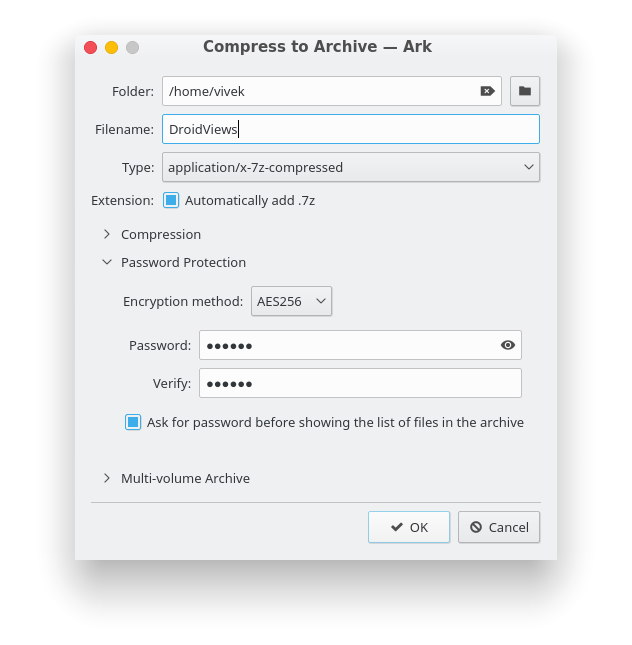 You can see it in the screenshot above. Just name the archive and add the password under Password Protection section. You might also want to make sure that you check the option under the password fields, what it does is quite self-explanatory if you look at the screenshot above. If you find that the Password Protection field is grayed out, try changing the Archive Type. You can also choose the encryption method but unless you have an Elliot Anderson level threat you should be safe with the default choice. Click OK when you’re ready.