There have often been times in my life when I consider getting rid of Ubuntu and going full Windows. One of the main reasons is the lack of apps. Sure there are often replacements for popular Windows apps like GIMP for Photoshop. But I just tend to prefer the generally more polished Windows apps. Then there are games that tend to not work with Linux. It’s lucky it has got such level of customization. Not to mention every now and then the open-source nature of the platform amazes me with its potential. If you’ve been following, we recently covered an app that adds an image resizing option in the Windows context menu when right-clicking on an image. Turns out Ubuntu has similar abilities if you install the right apps, or rather plugins or add-ons in this case.

By default, Ubuntu uses the Nautilus file explorer which is a bit like Windows Explorer, that is basic. Other available file explorers for Linux such as Dolphin let you convert or resize images directly with a right-click. With the default file explorer on Ubuntu, you’ll need to install a couple of plugins to get the same functionality.  It is certainly better than switching to another file explorer because I happen to like how Nautilus looks. These plugins not only add the ability to convert and resize but also let you do advanced things such as blur the image or enhance the image and a bunch of other things.

Much like many other actions on Ubuntu, installing the plugins requires the use of Terminal and terminal commands. You can launch the Terminal by pressing Ctrl + Alt + T on your keyboard. You can also hit the Windows key and type Terminal to search for it. 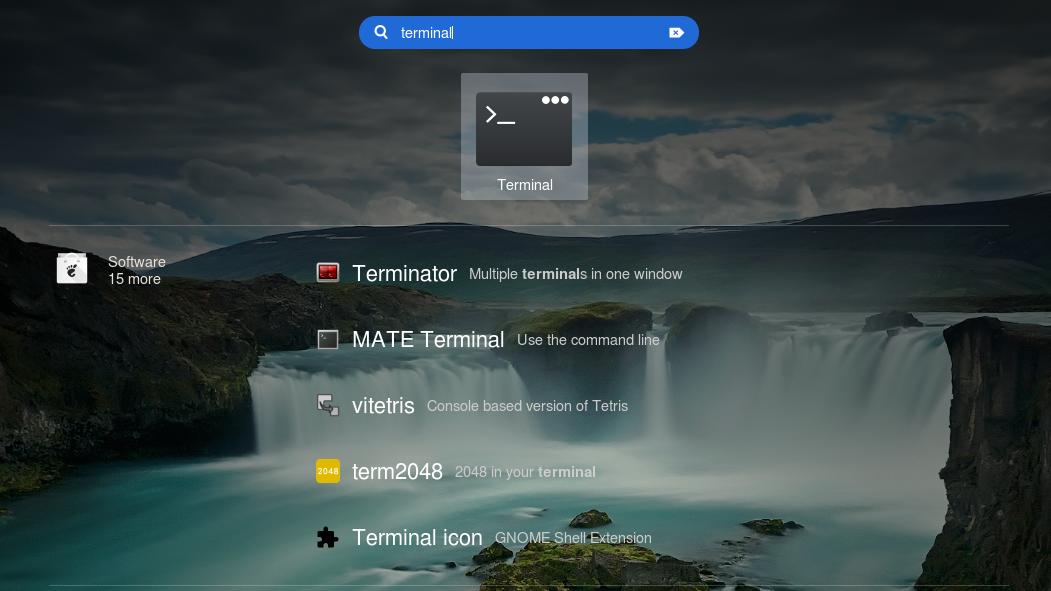 Contrary to what the name suggests, this is actually the app that will add the resizing option to the Nautilus right-click menu. But if you also want the option to convert images, you should skip this one. Depending on your version of Ubuntu, this Nautilus plugin might actually be available in the Ubuntu Software Center. But we’ll use Terminal since it’s the universal method. To install it copy and paste the following command in the Terminal Window and hit Enter.

Type your password and hit Enter again and then follow the on-screen instructions. Press Enter or enter Y if and when asked. 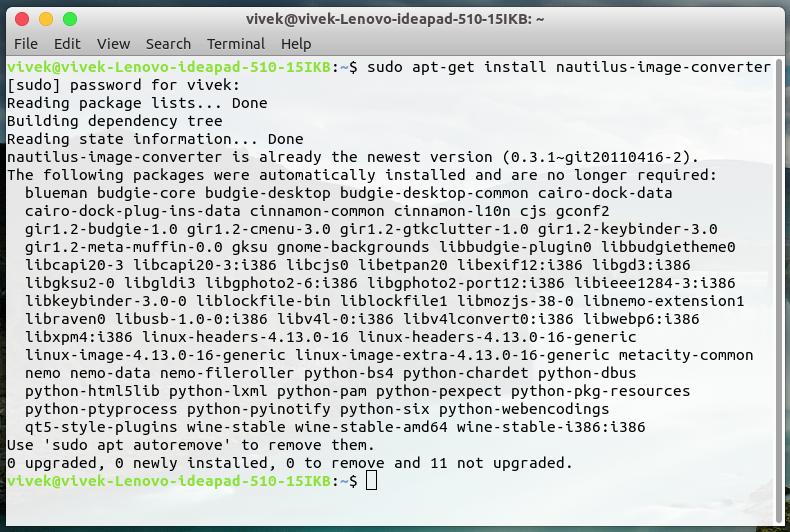 This one brings the option to convert images as well as resize them along with a plethora of other options. You can turn an image black and white, blur it, enhance it, add a border, contour, a Greyscale, Negative or Vintage filter, flip the image, and add a watermark. I’m pretty sure I’ve missed something too. Unlike the resizer, this one isn’t available in the official Ubuntu repositories so you’ll have to add it from an unofficial repository by Atareao. Simply copy and paste the following commands in the Terminal Window one by one and hit Enter. Follow any on-screen instructions.

Use the command below in the terminal to restart Nautilus.

Once all that is said and done, you can launch Nautilus normally and when you right-click on an image you will get the option to Resize and Rotate if you installed the nautilus-image-converter plugin. If you installed the nautilus-image-tools plugin, you will see an Image tools option which further expands to show resize, convert and everything else. Let’s take resizing an image for example. Select an image or as many as you want then right-click and select Resize Images… A window appears allowing you to select the new size or if you want to overwrite the original image. Click Resize when ready. The resized image is saved in the same location as the original if you choose to not overwrite it. 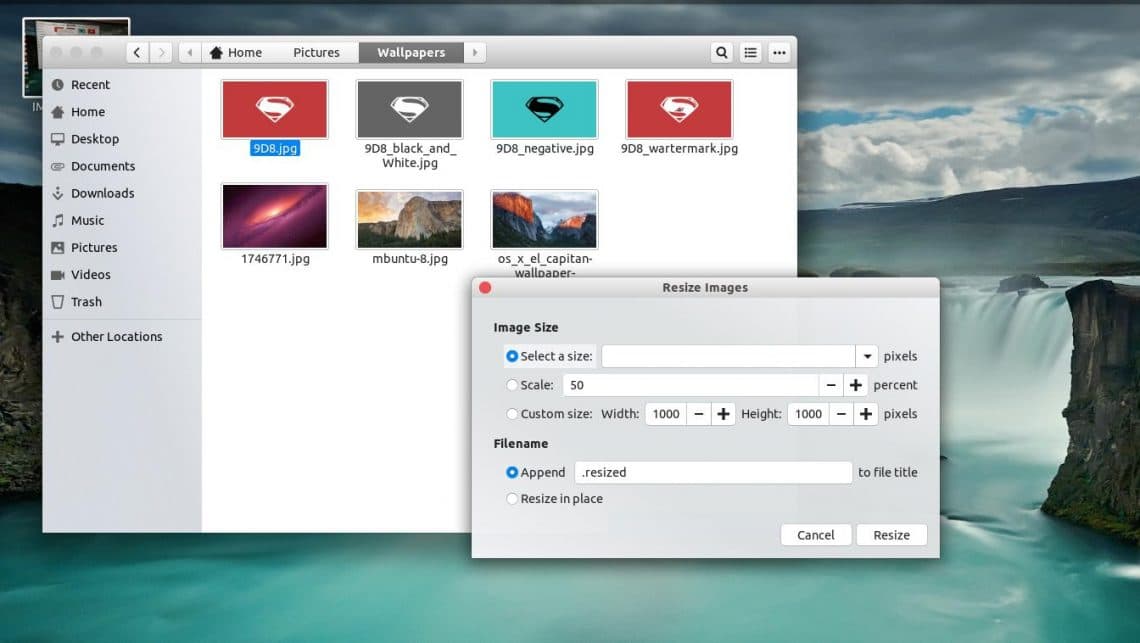 Similarly, you can also select Image tools > Resize. The resized window is a bit different in both the methods but both of them essentially have the same options. Except that the resize option in Image tools does not let you manually append anything to the name of the new file(s). 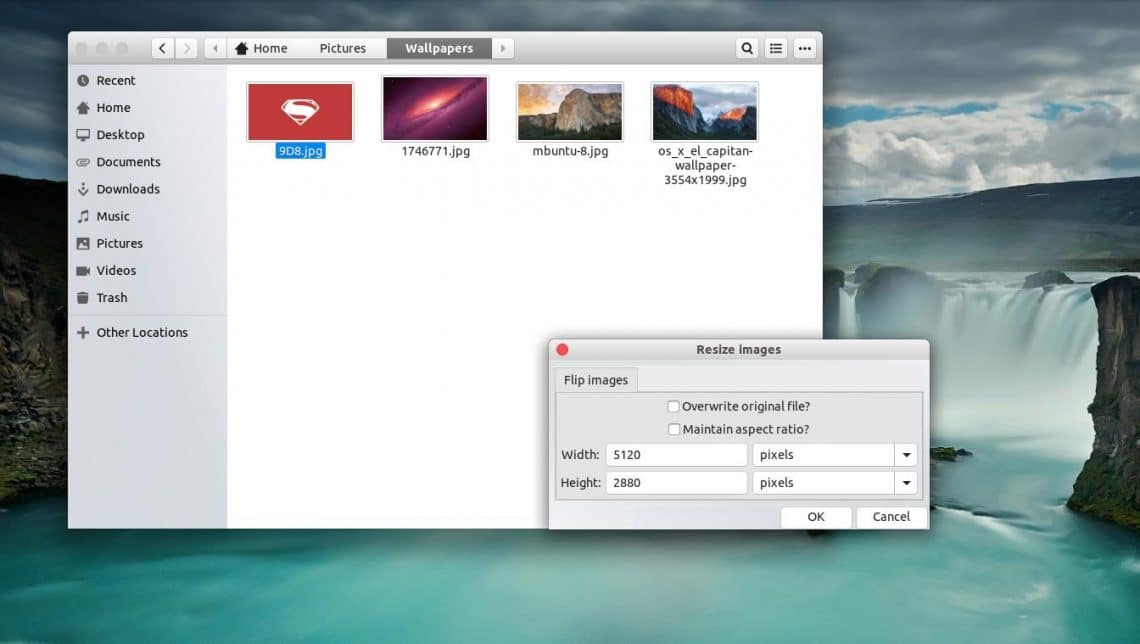