How to Sort Videos and Albums in YouTube and Google Photos

YouTube is close to 15 years old and even the app is about to complete a decade. Yet both of them lack some basic functionalities that many users yearn of. These include sorting or searching for videos in subscribed channels or even muting the status of certain people. Well, it seems the first issue is now resolved, for good. With the latest update, YouTube has now allowed for the sorting of videos in your subscribed channels list. Let’s have an in-depth look at this feature. Apart from this, the Google Photos app has also received an Album Sorting feature. We will have a look at that as well. Also, check out the interesting tip to play YouTube videos while keeping the screen locked.

Up until now, all the videos in the Subscribed Channel were listed based on the recency. That is, the latest videos always occupied the top position. But with the latest YouTube version 14.45.52 (and above), you now have the option of sorting videos of your Subscribed Channels, based on Popularity (Most Popular), Date added (oldest) or the Date added (newest). To download this version of the app, head over to the beta testing group, and then download the YouTube Beta app from the Play Store. 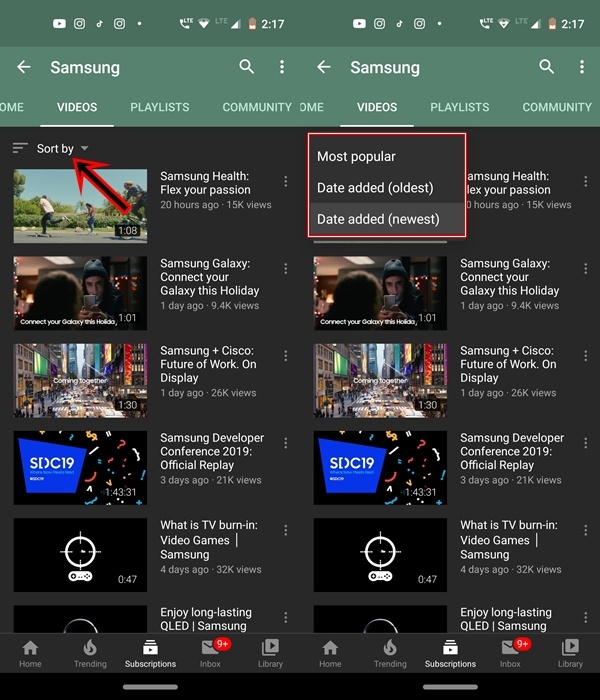 To do so, head over to the Youtube app > Subscriptions. Now select your desired channel. Under the Videos tab, the videos will be arranged based on the last uploaded date. To change or sort video of this subscribed channel tap on Sort by. This will be just below the Videos tab. You will now be presented with the following three options in the YouTube app to sort videos of the Subscribed Channel:

It seems YouTube is not the only app receiving the new sorting feature (related to videos of the subscribed channels). Google Photos v4.30 has also been introduced to the said feature. The update is a server-side update, being released in patches. So you might have to wait even after installing the said APK, for the said feature to be active on your device. 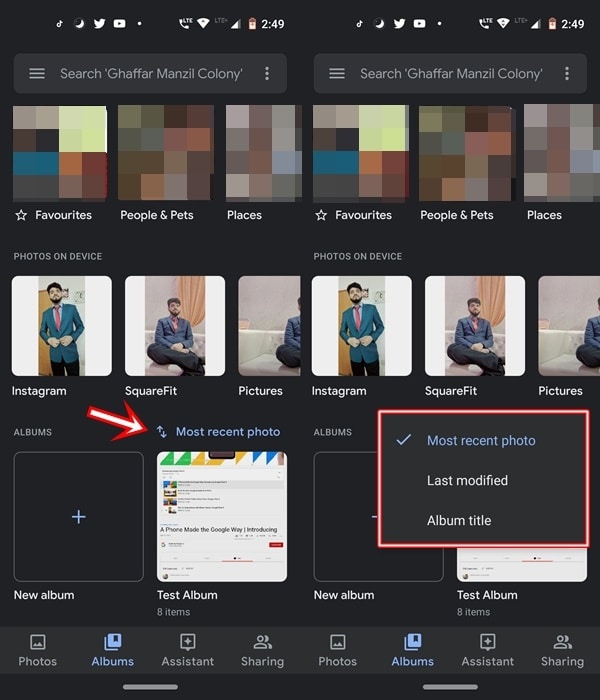 By default, the albums created in the Google Photos were always arranged based on last added, similar to YouTube’s sorting of videos of the Subscribed Channels.  That is, the newest created album always stood at the top. Now, you have the option of changing this order. When you visit the Albums section, there is a now a Most recent photo option. On tapping it, you will now have three options to sort your albums as mentioned below. On the other hand, here are the steps to create a collage with Google Photos.

So these were all about YouTube and Google Photos receiving the feature to sort videos of the subscribed channels and Albums respectively.  What other features would you like to see in these apps in the near future? Let us know down in the comments section.

Read next: How to Block Tweets and Retweets on Twitter