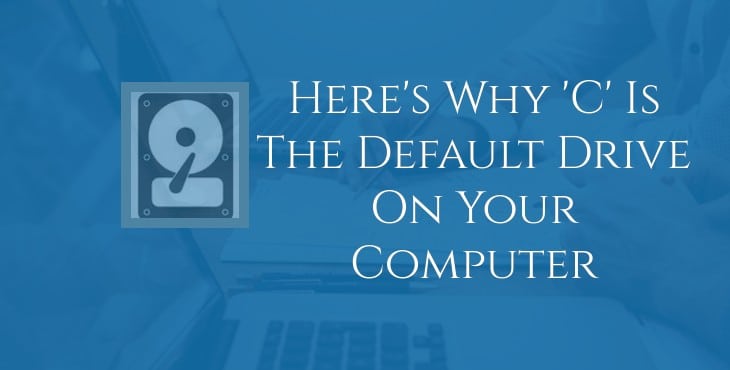 Geeks from earlier generation may know why this is so but if you are new to computers, this question might have crossed your mind once. Well, here’s the answer. When the first computers were developed, they didn’t come with large internal drives for storing files. Instead, they had floppy disks. Initially, a Floppy disk drive was called ‘A’ drive. Generally, Floppy disks used to come in 2 variants: 5 1/4″ size and 3 1/2″ size. So, the 5 1/4″ size floppy disk drive was usually called as ‘A’ drive and 3 1/2″ size floppy disk was usually called as ‘B’ drive.

And then came the era of Hard Disk drives. These drives were logically labeled as ‘C’ drive and they used to store the operating system of the computer. As there was progress in the field of computers, Hard Disks became cheaper and used to came with more storage. This led to the decline of Floppy Disks. As the Floppy Disks went obsolete, computer manufacturer’s started doing away with floppy disk drives. Thus, ‘A’ and ‘B’ drives were gone and ‘C’ remained. Since most of the computers have the operating system installed on ‘C’ drive, that’s why ‘C’ is the default drive on your computer.

This was our guide on why ‘C’ is the default drive on your computer. If you felt that this article is informative enough, do share it on Google+, Facebook, and Twitter. 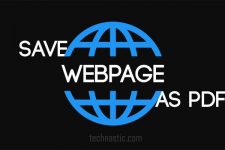 How to Save Webpage as PDF on Desktop & Mobile Browsers 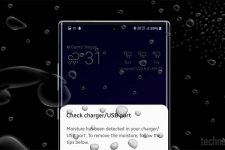 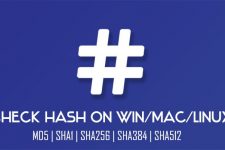 How to Check MD5 Checksum and SHA Hash of a File