How to Rename Your Devices on Windows, Android, and Linux

With the modern and digital world in our hands, it seldom is the case that a person has less than 2 devices, each running on different OSes. In my case, I have a bunch of Android devices, two Windows machines, and an iPhone. I use all of them occasionally, and wouldn’t it be a lot of fun if a name for each device would make my job easier? Technically, yes, and logically, no. While you couldn’t literally name your device, you can still change its virtual name. Let’s have a look on how you can rename your devices on Windows, Android, and Linux running devices.

So, why would you want to change your device’s name? Several reasons. You would be able to easily locate your device from a wireless hub, and be able to play with it. Moreover, coming to the more complicated geeky stuff, while coming to network settings, the ‘hostname’ of your device is actually the one you pick as its name at the start. So, it would be a lot easier if you were to have a name which you could remember.

In this Article hide
1. Rename Your Devices on Windows
2. Android Device
3. Linux Device

Rename Your Devices on Windows

With Windows 10, the latest version of the famous desktop OS by Microsoft installed on our machines, there was a little drawback we came through. During the setup process, I noticed that the option to name your computer was totally eradicated. While there was no point in doing so, if you’ve installed Windows 10, then your device might be holding some crazy random name, which might irk sometimes.

First of all, launch the Settings application that comes preloaded on your Windows device. Select the category named ‘System‘, and then ‘About‘. Scroll down to the bottom, until you find an option named ‘Rename PC‘. Click here, and type in your new name for your device, and call it a day. 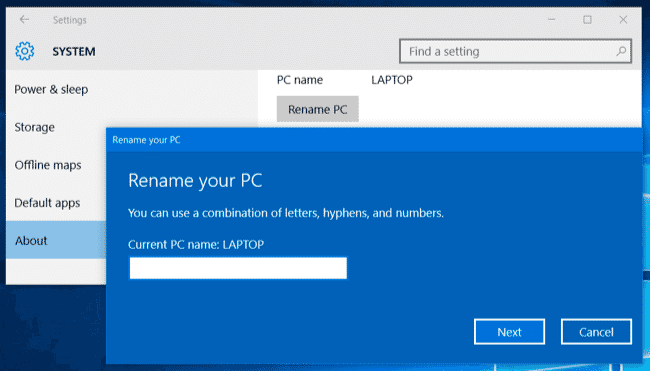 Android has evolved a lot in the past few years. With Lollipop and Marshmallow on the loose, nothing can stop it from being the most dominant mobile OS in the world. However, there isn’t a direct way by which you can achieve a new name for your device. Unlike Windows and Linux, Android has a different way of solving this issue. Read further to know how. 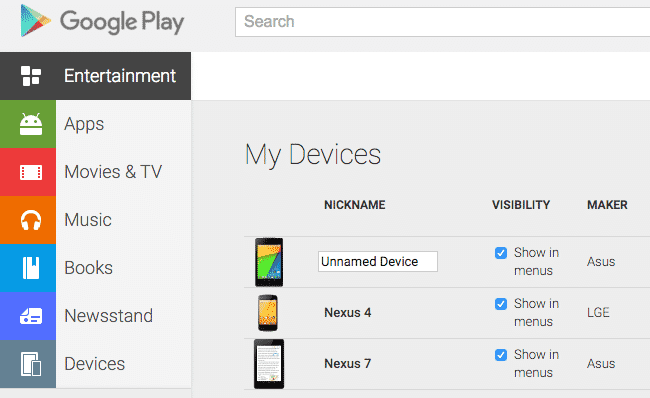 Coming to Linux, it is the most complicated of all. Part of the reason might be that you can’t permanently change your hostname, and that’s the biggest curse to starters. However, you can temporarily change your Linux device’s name by using the simple ‘hostname‘ command. Note that this will be reset once you reboot your device. We do insist you still Google for best results, as there are a lot of Linux distributions, and each one has a unique code and a unique procedure.

That’s it. We hope you appreciated our guide on how to change the name of your various devices. From now on, it’ll be quite easy to find the one device you’re looking for. If we missed something, hit us down in the comments section below. Stay tuned for more!