How to Fix a Phone with Charging Issues

Charging issues in smartphones are quite common these days even though companies promise to serve with better quality hardware. Speaking from the personal experience, I’ve had to change several chargers, batteries, and USB cables over the course of time. The more careless I was, the more money I’ve spent out on these accessories. So, today I am going to list out the probable causes, problems and the solutions to the Charging issues in smartphones.

So, Why do Charging Issues Occur?

I’ve come across this question more times than I could remember but there isn’t a particular answer. Charging issues might be due to hardware issues, wear & tear, software issues, damages, and a lot of other factors. But in most cases, it’s due to improper handling of charging devices and smartphone’s USB ports. Sometimes, the phone may be charging but too slow than discharging itself. So, it would look as if the phone’s not charging. Check the below solutions which cover few solutions to this problem.

How to Fix a Phone with Charging Issues

The fixes mentioned below might look a bit “too simple” but simple are the things we usually overlook. Looking at the logical aspects of problems might sometimes yield better results than inspecting the technical aspects. So, let’s check some common charging issues and their solutions.

When people encounter charging issues, the first thing they do is to blame is the charger and USB cable. However, in most of the cases, the culprit is the faulty microUSB port in the smartphone. The problem is that the metallic surfaces inside the microUSB slot of your device are not making good contact with USB cable. This is most probably due to rough handling of the device when it’s plugged into a port. Most people harshly remove the device from charging port that the sensitive microUSB contacts of your device get bent or worn out. 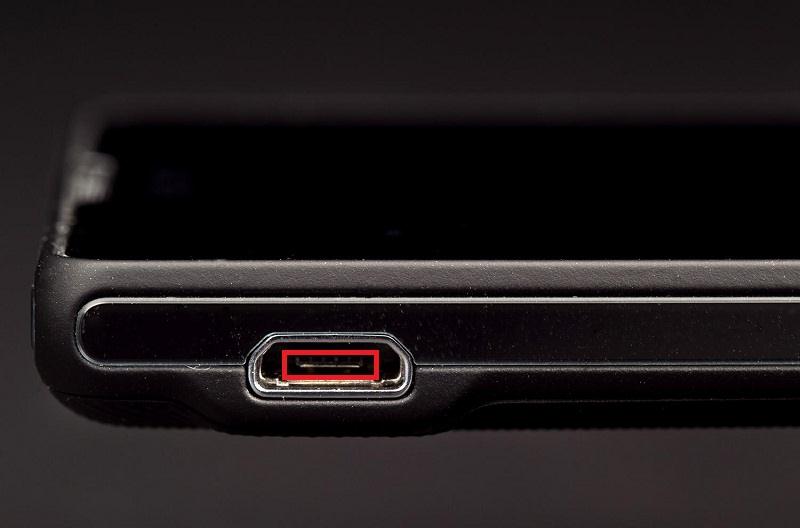 The easiest way to fix this is a little DIY repair which works in most of the cases. Shut down your device and use something thin and small like a toothpick (Don’t use metallic items) to straighten the little metallic plate inside the USB port on your smartphone. Make sure you do this quite sensitively and avoid breaking the microUSB port on your device. This would do the trick most of the times.

2. Look for Dust and Lint

If you’re putting your smartphone in Jean pockets or purses, it might be possible that dust or lint can be the culprit. Sometimes, the lint from the jean pockets can accumulate in the microUSB port causing the metal plates of USB port and microUSB slot not to make a good contact. This will make the charging slower or sometimes not charging at all. You can solve this by simply cleaning the insides of microUSB slot with any small piece of thin dust remover or just blow out some air into the slot. 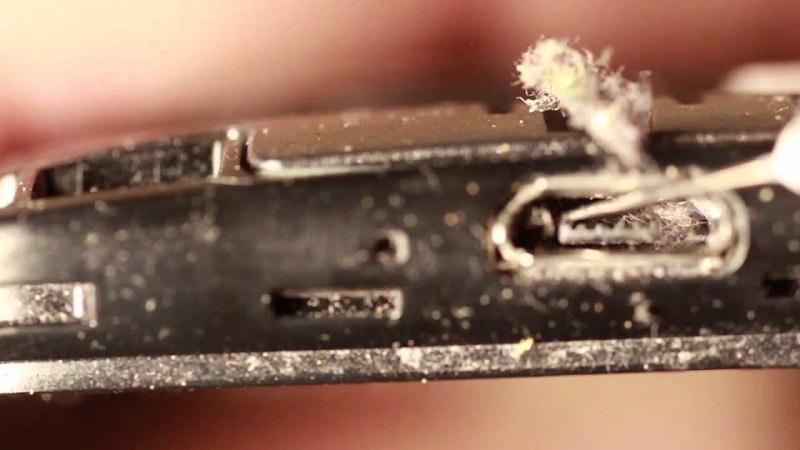 Also, make sure you don’t keep your Cadbury and smartphone in a purse. Believe me, it’s quite hard to clean all that molten chocolate from the crevices of your smartphone.

If the microUSB port is clean and intact, the next focus should be on the USB cable. In many cases, the metallic parts of USB ports can be bent or loose causing an inefficient coupling when plugged in. Severe bending and twisting the cables also cause damage which can impact the charging efficiency. Try charging your smartphone with a different cable and see if it’s working fine. If it’s good, you need to ditch the old cable. 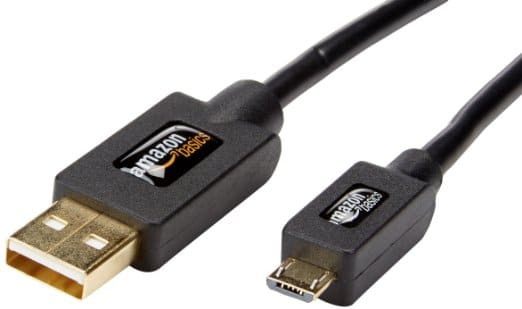 In most cases, you should be happy by now but if the charging issues still bug you, continue with the next solutions.

If the issue wasn’t fixed after the first three potential solutions, you should check hard now. If the cable wasn’t the issue, check the plug adapter which you’re the using. It might be possible that you’ve received a defective part from the vendor or it might have been damaged. We’ve noticed many instances where the adapter  port is a bit loose making it quite unstable to use. Most irritating this is that you need to fix it at some weird angle and pray that the forces of nature don’t disturb its position. Also, try a different cable-adapter combination to rule out any mismatches. 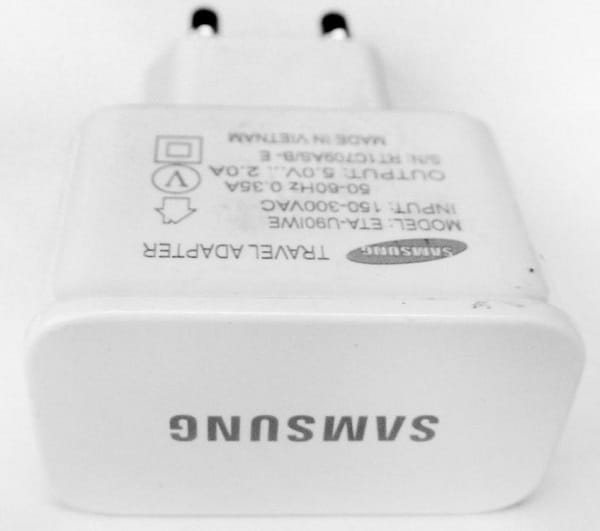 Sometimes, you might see that the display on your device shows the phone is plugged in but you see the phone’s getting discharged slowly. This might be due to a low output/amperes from the adapter making the charge slower than the discharge rate. So, the display might show phone’s charging but the fact is it’s just receiving enough voltage to deceive you. However, the current output might not be enough to really charge your device.

We’ve entered the hard realm now. If you haven’t found any issues by now, it might be possible that your battery is worn out or damaged. Batteries won’t long forever, they slowly lose their potential over time. So, if your battery is over two years old, you should think of replacing it. First, switch the battery with another authorized battery and check if the charge holds up. Replace the battery if necessary. 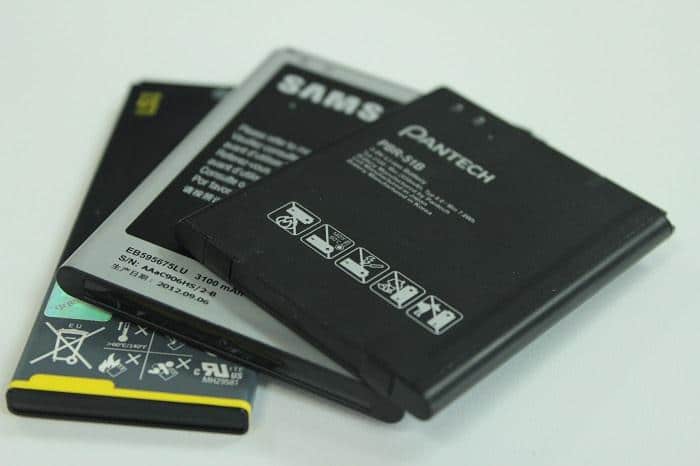 If you’re using a device with a non-removable battery, it’s time to take it to the service center. But before you do that, check the below solutions as well which covers other logical and software issues which might contribute to charging issues.

6. Charge from a good source

If you’re charging from a USB port of laptop or PC, then that’s your problem. USB ports from PCs/laptops don’t deliver much power compared to traditional wall socket chargers. In fact, the output from USB ports would be less than half of that of wall socket adapters. Always use the company provided adapter as other adapters might harm your device with incompatible outputs. So, always make sure you’re using a correct adapter and charging source. 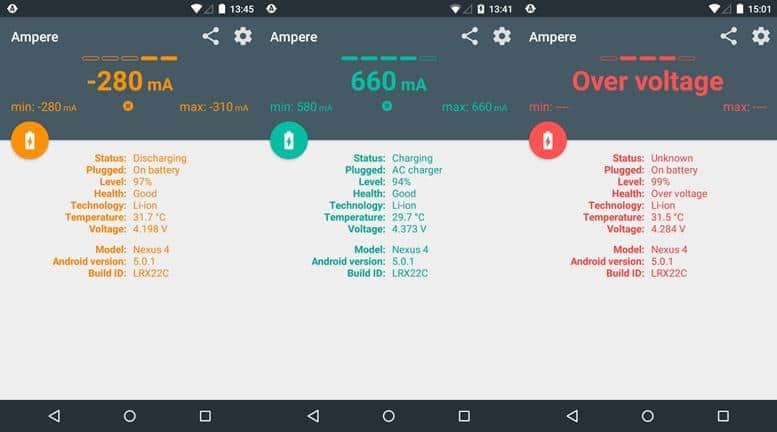 Also, make sure you’re getting the correct output from the adapter. Check if the peak voltage and amperage are proper. You can find many 3rd party apps from Google Play Store or Apple app store.

If the charging issues popped up after a recent update on your device, you should consider it as a potential problem. Switch off your device and charge it and observe if it’s charging fast. If it’s good, there might be some issue with the update which is hogging your battery. You can use 3rd party apps to check which apps are consuming more battery on your device. But I would suggest rolling back the update if the issue is worse.