In this tutorial, we’ll see how we can customize Control Center on iOS 11+ by adding additional shortcuts and record screen on iPhone and iPad (iOS 11+).

The Control Center was introduced in iOS 7 way back in 2013 with the introduction of the iPhone 5S. Speaking of which, the Control Center was part of the major revamp of the iOS operating system that year. The iOS 7 brought with it an all-new design and typography for the user interface of the operating system. Everything from icons, fonts, wallpapers to UI interactions like the swipe (from the left edge) to go back gesture (our most favorite feature on iOS ever) and a new card-based multitasking interface was all new from the ground up. One thing worth mentioning is that the Control Center is translucent and so it adapts to the background or app open behind it which is in itself a visual treat.

Fast forward to iOS 11 and Apple redesigned Control Center which looks and feels even better to use than ever before. Now, you have neatly laid out buttons for each specific functions that are easy to use thanks to their size and shape. Also, The brightness slider can now be 3D touched to bring up the switches to enable or disable Night Shift and True Tone Display (supported iDevices). Perhaps, the biggest change which isn’t noticeable at all at first is that you can add or remove more buttons or shortcuts to the control center by going to Settings > Control Center > Customize Controls.

Keeping in mind the topic of this article, today, let’s see how to add additional shortcuts to the Control Center. Also, we will take a look at and how to use the screen recording feature introduced by Apple in iOS 11. Speaking of which, the feature was quietly added by Apple in iOS 11 and so, many users out there are not even aware that it exists. Alright, without further ado, let’s begin.

In this Article hide
1. How to add/remove shortcut buttons to and fro the Control Center
2. How to record the screen on your iPhone and iPad
3. That’s all…

1. On the home screen, locate and tap Settings. 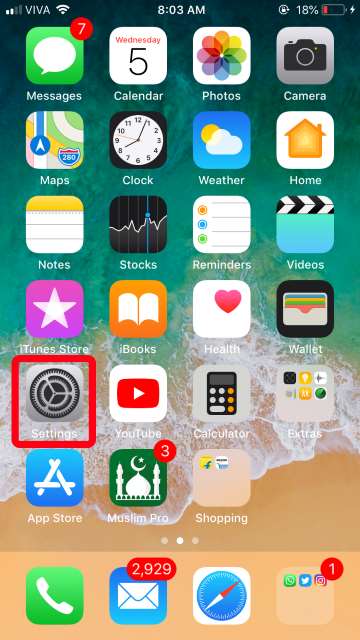 2. Scroll down a bit to find Control Center and tap it. 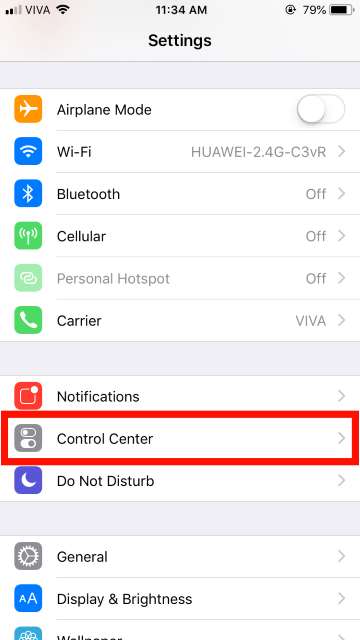 3. Next, tap Customize Controls (may differ on the iPad). Now you will be presented with two sections namely INCLUDE and MORE CONTROLS. As the name implies, the former consists of buttons you have selected to appear in the Control Center and the latter consist of all the available buttons that can be added to the Control Center. 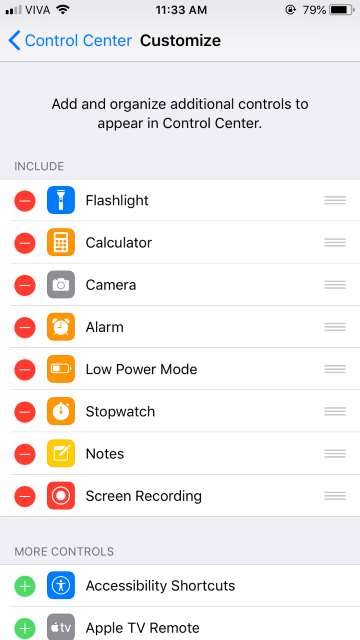 Two sections: INCLUDE and MORE CONTROLS.

4. Alright, now to add a button to the Control Center, scroll down to the MORE CONTROLS section and tap the ‘+’ icon for any given feature. (Hint: The Screen recording shortcut button is only available here, more on that in a bit). 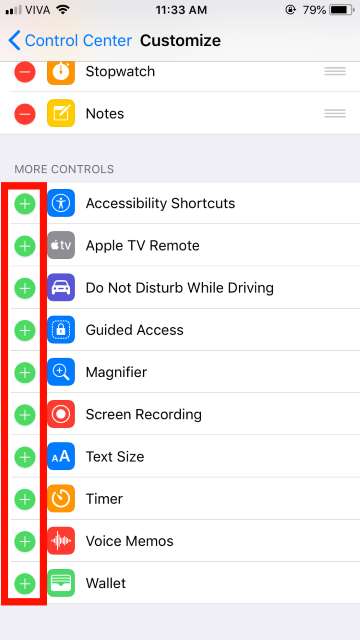 5. Upon adding the buttons, they now appear in the INCLUDE section. Here, you are provided with the ability to re-order the buttons you add to your preference and liking. 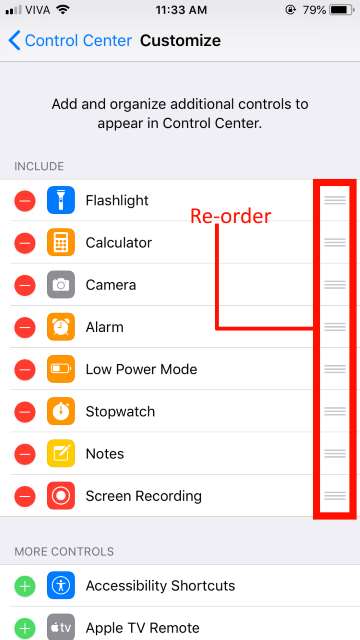 Refer the screenshot carefully to be able to re-order the buttons.

6. Quite naturally, to remove shortcut buttons from the Control Center, just tap the ‘–‘ icon, similar to what you had done in step 4. 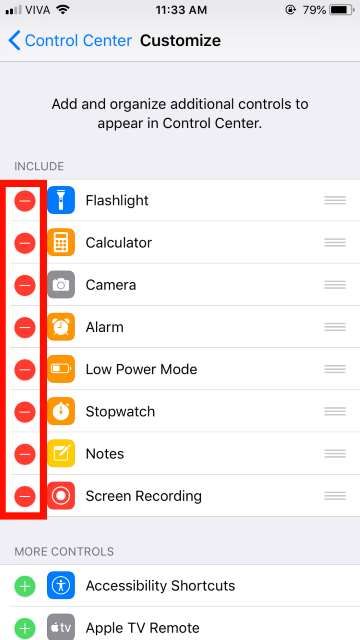 Tap the ‘-‘ icon to remove buttons you no longer use.

How to record the screen on your iPhone and iPad

1. To add the Screen Recording button to the Control Center, dive into Settings > Control Center > Customize Controls, scroll down and locate MORE CONTROLS section and then add the screen recording shortcut button by tapping the ‘+’ button. 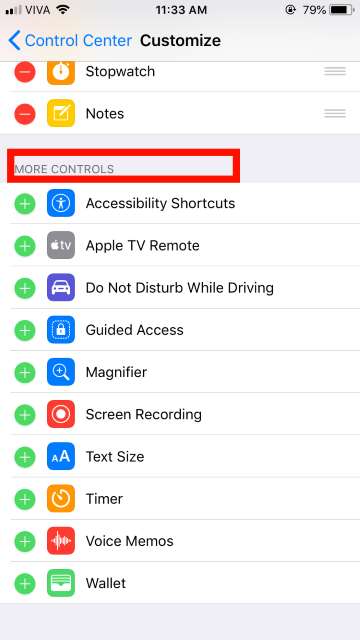 2. Launch the Control Center on your iOS 11 device (guess, we don’t have to teach you that!), tap the Screen Recording button and now a 3-second countdown appears on the button, after which the screen starts recording. Speaking of which, the status bar turns RED to indicate the user that screen recording is in progress. 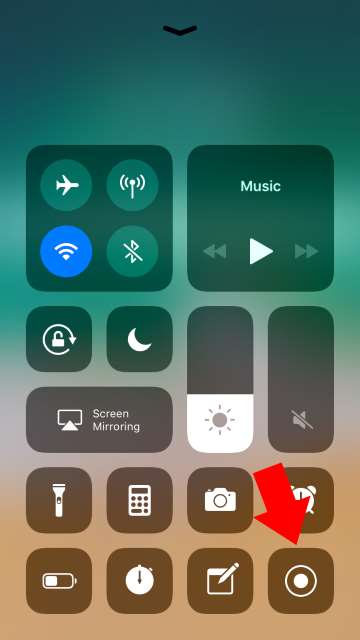 Tap the button as depicted in the screenshot above. 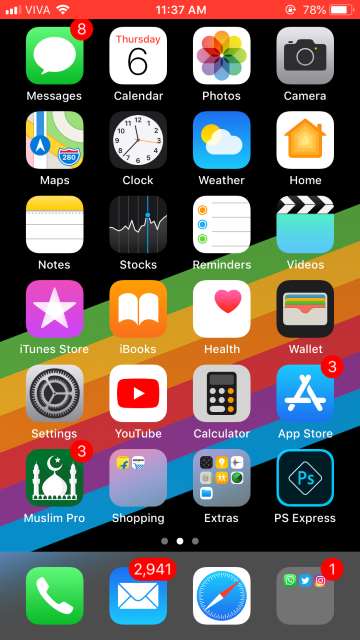 The RED status bar indicates the user that screen recording is active.

3. To stop recording the screen, launch Control Center and tap the Screen Recording button again OR tap the status bar once and then you will be asked to confirm to stop screen recording. 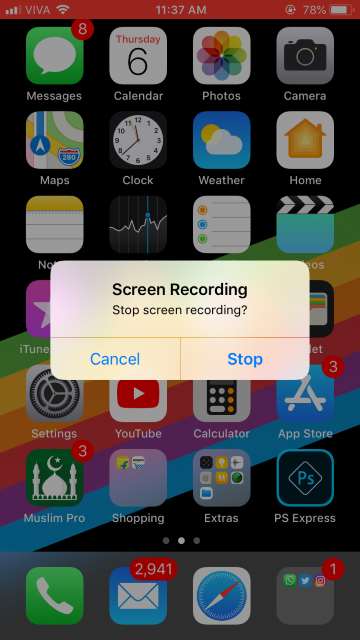 A confirmation dialog appears once the user decides to stop screen recording by tapping the status bar.

And there you go Apple fans and iSheeps on a brief guide on how to customize the Control Center and utilize the screen recording feature on iPhones and iPads running iOS 11 and up. Feel free to chime in the comments if you have any questions regarding the tutorial detailed above.