Technology is very much like a knife but much more powerful. Technology can send people to the moon, or it can make the Earth barren like the moon. The point is, technology is meant to be helpful but it can definitely be used to do bad just like a knife. There’s no better example of this than torrents. We’ve come to a point where the moment you mention torrents many people would think it is illegal. But torrenting is simply a method of sharing large amounts of data via the Internet and is completely legal. In fact, many Linux distros use torrenting as a way of distribution. Similarly, a large amount of filesharing is done legally via torrents. To download or seed torrents though you need dedicated torrent clients.

Linux has no shortage of torrent clients, and here are 5 of the best torrent clients for Ubuntu. All of these can be downloaded easily via the official Ubuntu repositories, using the Software Center or any other app store you prefer. 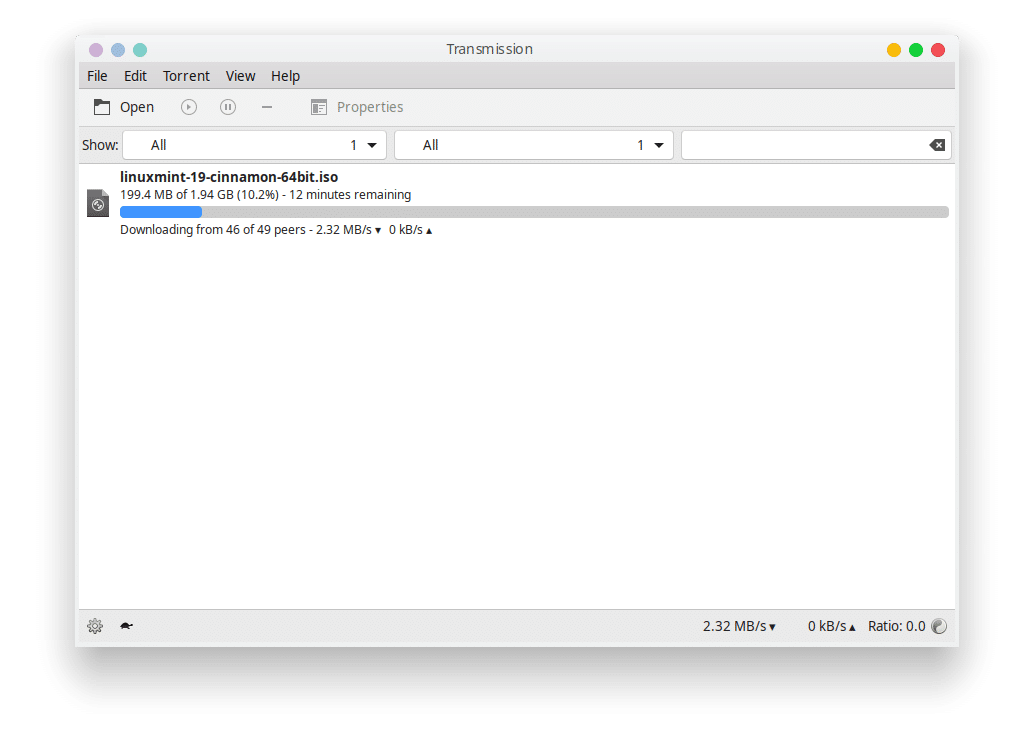 Transmission is the default torrent client on Ubuntu and GNOME and similarly many other Linux distributions and desktop environments. Generally, when something is installed by default on your OS it isn’t good enough. That’s not the case on Linux and certainly not with Transmission. It is one of the simplest to use torrent clients you can find anywhere and it just works without a flaw. Transmission lacks some advanced features such as automatic shutdown but it still has some like remote access. The lack of automatic shutdown can be a potential deal breaker though. 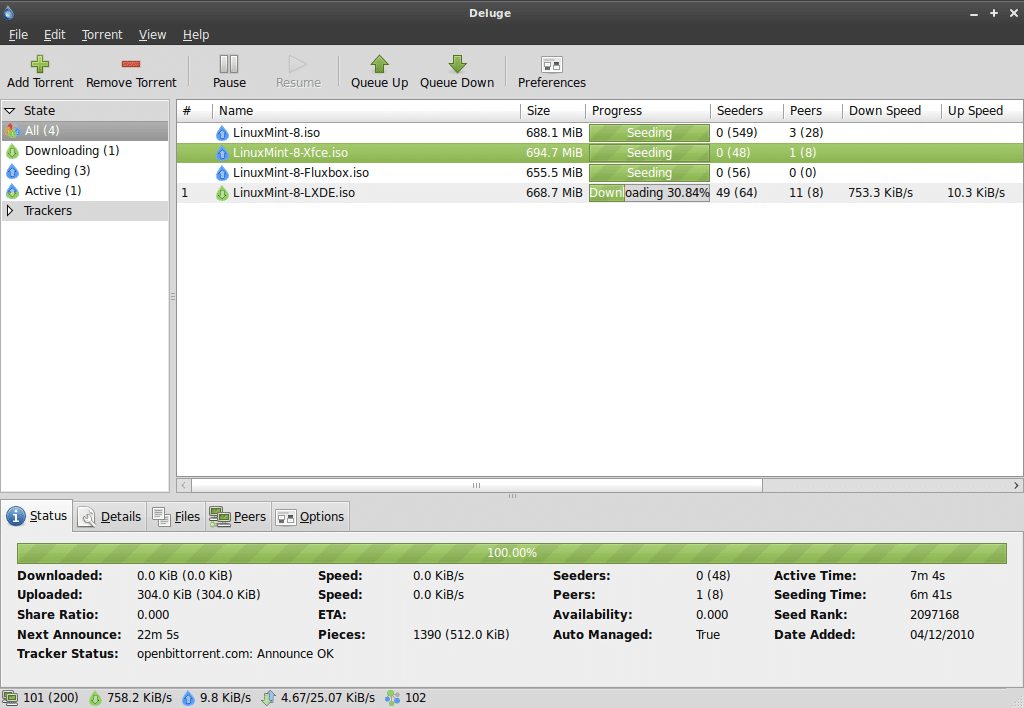 Once upon a time, there was a free, lightweight and fast torrent client known as µTorrent. Over the years, µTorrent has lost all of that and is even not available traditionally for Linux anymore. The gap left by it has been filled by Deluge, and it holds the same values µTorrent once held: free, lightweight, fast. Deluge is almost platform independent. You can access it via a console UI, a web UI, and a graphical UI built on top of GTK+. Deluge has a number of features built-in and you’re unlikely to wish for more. In the odd chance that you still need more features, Deluge is supported by a rich selection of plugins.

If it’s not already obvious from the name, qBittorent is the Qt version of the popular BitTorrent client from Windows. qBittorrent has a BitTorrent-like interface complete with a sidebar and bottom panel. It even has all the features you expect to have in BitTorrent including the options to exit the client, hibernate or shutdown the system when downloads complete. It gives you much greater control of your downloads with features such as queueing, prioritizing, and sequential downloading. Its feature list doesn’t stop there either. The client is packed with even more helpful features like a search function that’s tied to some of the most popular torrent sites. 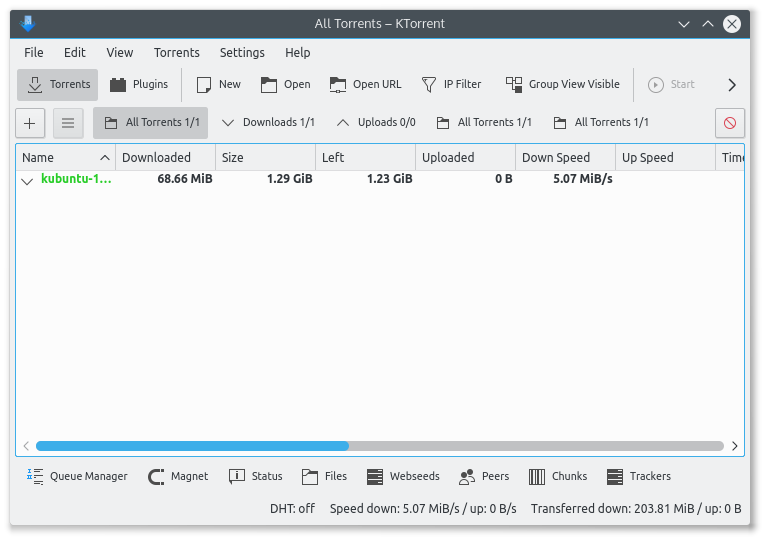 Just as Transmission in the default torrent client on Ubuntu, KTorrent is the default torrent client on Kubuntu, KDE Neon, and any other Linux distribution that used KDE Plasma as the default desktop. KTorrent isn’t the simplest or the most lightweight options available out there but it is certainly one of the best. That is if you can wrap your head around the rather unfamiliar interface. Like Deluge, KTorrent is also feature-rich and plugin supported so you’ll definitely find whatever feature you’re looking for. 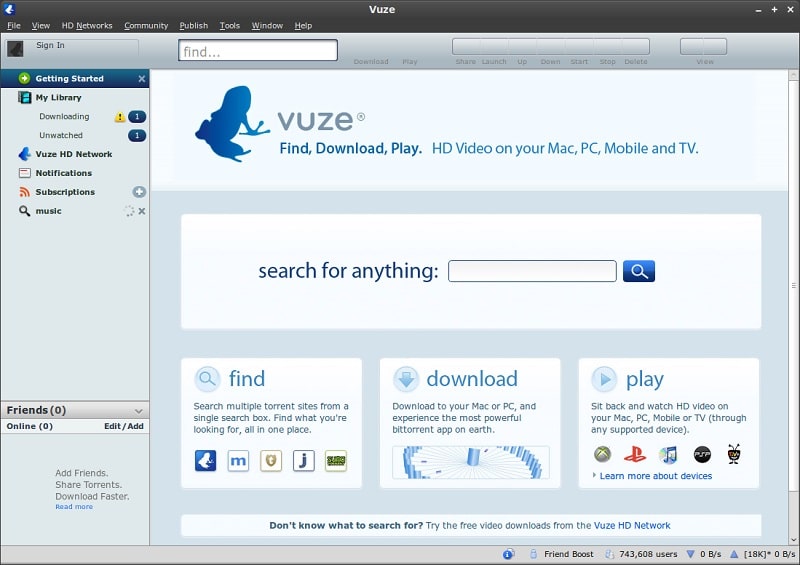 Vuze is also one of the more popular torrent clients available for Ubuntu. Apart from the basic torrenting features, it gives you the ability to search for torrents from within the client. The unique feature that makes Vuze a particular favorite of many is the ability to subscribe to episodic content so that you won’t have to search for new content as it becomes available. You can see the newly available content in the sidebar with all your subscriptions. It also comes with a built-in player to play video files, and it also has the ability to load subtitles.